Swarnavahini had been instructed to delay telecasting the raid of a super-luxury meditation center that had been constructed for the use of Rajapaksas,this week. 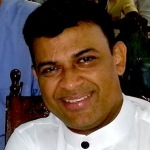 Deputy Minister and UNP MP Ranjan Ramanayake had accompanied a group of journalists from Swaranavahini on the raid that had been carried out on February 3, along with the Police. However, the raid had not been permitted to be telecasted in the news until Friday (6).

Ramanayake said the super luxury meditation center located in Imbulgoda, Kadawatha is spread over eight acres and over Rs. 1000 million must have been spent on constructing the premises that is equipped with ebony furnishings, Italian bathroom fittings and a helipad. He said the location is said to have been the abode of ancient King Walagamba.

He also said that over 60 Army personnel had been stationed in and around the meditation center to provide security until January 8.