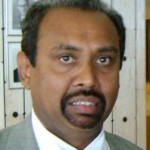 Sri Lanka is neither a rich country nor an arms-producing country. Most of the arms used to kill over 200,000 Tamils were provided by certain deals with countries known as champions of human rights.

Mahatma Gandhi of India, the father of non-violent struggle has still not been given a Nobel Peace prize. Then Prime Minister of the United Kingdom, Winston Churchill made some humiliating remarks about Mahatma Gandhi, saying he may have practiced non-violence but the out-comes of his actions were violent. Knowing such a reaction to non-violent struggle of Gandhi, Tamils in the Island of Sri Lanka courageously exercised their legitimate rights through non-violent struggle for three decades after independence in 1948. They never got a positive response from any Sri Lankan government. Then in 1983 the armed struggle started. This, in fact, allowed Tamils to live with pride and dignity. But some mistakes were made and the armed struggle was labelled as ‘terrorism’. Eventually the international community suppressed it.

From these two periods, it became obvious that no Sri Lankan government will ever find a solution for the Tamils long-standing grievances. So people like me believe that the United Nations is a place where we can find justice. In 1983 a few Tamils started participating in UN Human Rights Forums. I also worked since August 1990, believing that the diplomatic approach is the only way forward.

As the war intensified in Sri Lanka in 2008, a few Tamils started to come from various other parts of the world to Geneva. Soon after May 2009, a huge crowd of Tamil diaspora, whether they believed in the UN or not, started to participate in the UN Forums. Even though not many knew the proceedings of UN Forums, they lobbied with their feelings as victims.

With the help of International NGOs, Human Rights Defenders and certain UN member countries, three consecutive resolutions on Sri Lanka were passed. The last one, passed in March 2014, paved the way for an investigation by the UN Office of the High Commission for Human Rights – OHCHR.

Many victims, despite numerous difficulties, risking their family members’ lives at the hands of tyrant security forces in Sri Lanka and military personnel in the Sri Lankan embassies abroad, managed to give evidence. They thought perpetrators will be brought to justice, for what happened to them, their family members, neighbours, friends and others.

Now, to everyone’s surprise, after spending so much time, money and resources – with the investigation report scheduled to be published on March 25th – the High Commissioner for Human Rights HCHR and UN Human Rights Council HRC want to delay the report, in just the same way as the Sri Lanka government habitually does. 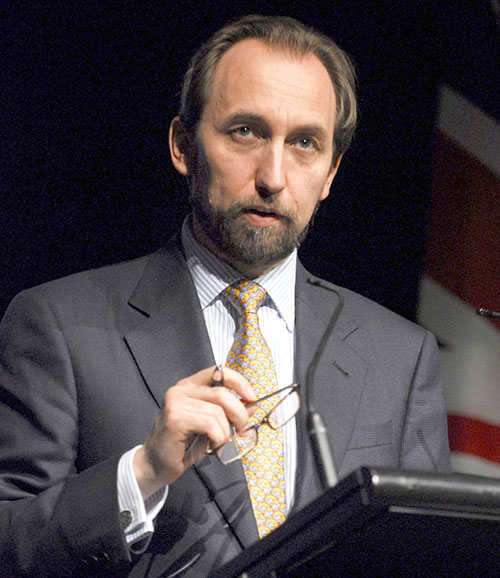 It is confusing! We, as victims, understand the position of neither the HCHR nor the HRC. The pretext given and widely known does not follow any logic.

In Sri Lanka, the new interim government consists of the old crowd. This is “old wine in a new bottle”. They categorically reject the UN investigation and say that they will do a domestic investigation. Since 1956, we as victims have had numerous experiences of reports and investigations by successive governments remaining unpublished or never released. So is the UN now following the same style as Sri Lanka?

Those who understand the proceedings of the UN HRC never expected a resolution in the forthcoming 28th session. There may be one in the future. What they expect in March this year, is a fair report on the investigation, as a result of last year’s resolution.

Some who do not know the limits of the HRC, speak about sending the Rajapaksas to the Hague. Those who look for pretexts, have also added this, as one of the excuses for delaying the report. All these are ridiculous pretexts.

Who will speak up for victims?

The smartest thing, is that the new interim government of Sri Lanka meets with the HCHR, the UN Secretary General, the US Secretary of State and others and briefs them on their position.

We learnt from the media that Sri Lankan presidential advisor Jayantha Dhanapala was in Geneva recently. Was he there to give a crash course on “How to delay or not publish an investigation report – as done in Sri Lanka?”

If the report is not published as scheduled on March 25th, the august inter-governmental body – the United Nations – will be seen as a copy of Sri Lanka. Victims from everywhere will lose faith in the HCHR and the HRC.

In conclusion, the victims in Sri Lanka have not only been cheated by various Sri Lankan governments but also by the UN and others who play behind the scene.

Have Tamil victims been used as pawns for international horse deals?

Can the victims from Sri Lanka still have hope in the international community and the United Nations? It is well known that, “Power is might and right!”

What is the message these forces are giving to the next generation of Tamils?