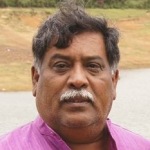 Territorial integration may be achieved by the armed forces, but national unity of communities can be achieved only by the appropriate political process. Absence of war here indicates only the silence of guns and not the attainment of sustainable peace. De-communalized nation, democratized political system and demilitarized State are imperative to rightly put Sri Lankan political economy in a progressive path through which Sri Lanka can achieve true independence and sustainable development. Majoritarian arrogance and ambitions have thrown this country into the orbit of political vicious circle that persistently enlarges the crisis, chaos and conflicts. Sri Lanka is a multi-national country which has been divided ethnically, religiously and regionally not by the actions of the common people but by the power hungry politicians. Divisive and destructive political leaders endangered and alienated the minority nationalities and deceived the majority nationality by promoting the politics of Sinhala hegemony versus Tamil sectarianism. Unity of Sri Lanka cannot be achieved by the compulsions of All Powerful hegemonic leadership but by honest compassion, true conciliation and mutual consensus.

It is well known that the Constitution of Sri Lanka of 1978 was made by Mr. JR Jeyewardane with the sole purpose of making himself His Majesty of All Powerful. Accordingly, he inserted effective provisions and protections for him to act freely with full immunities, converted all governmental institutions in order to direct in support of his whims and fancies and facilitated himself to use all the resources of the State at his personal will. To democratize the existing Constitution, the proposed amendments should be made with clear objectives that every amendment to the Constitution would completely remove the Authoritarianism- based-structures of the Constitution.

There is a widespread urge in Sri Lanka that the existing Constitution should be replaced by a reformed new Constitution that shall ensure all human and fundamental rights to all the people, social justice, political freedoms, economic equities, truly functioning democratic political system, independency of judiciary, rule of law and so on. Given the fact that the present political environment and formation of the present government in power is not appropriate to adopt a new constitution, the proposed amendments to the existing Constitution should include the provisions to remove all existing provisions that were and could be used as loopholes to unanswerably rule the State, unaccountably use the State resources and unquestionably reign the people. Eradication of armed LTTE is not equivalent to the solution or settlement of the ethnic issues. Ethnic conflict in Sri Lanka entered into the international arena in 1983 and still is in serious concerns of the various international communities, which are, in different context, have interests in Sri Lankan resources and its location. Therefore, people who have illusory mind holding that the ethnic problem of Sri Lanka is always an internal matter are either misunderstood the reality or deliberately attempting to deceive the concerned sections. However, it can be resolved internally if the Sinhala leaders of major political parties have a united will and thereby the residual matters may be contained to become part of the internal matters of Sri Lanka.

There is an urgency to resolve the problem reasonably as early as possible before it takes another dimension. It is a historical opportunity that has made the presently emerged unity of major political parties of all communities. To achieve such a situation again in Sri Lanka, the country has to undergo again through another set of serious national crisis inflicting countless deaths of people, destructions of multi-billion worth of properties and dilapidation of all democratic institutions. I, therefore request the law makers to include the amendments in respect of the 13th Amendment (13A) also so that the Provincial Councils (PCs) shall serve to the basic aspirations and socio-economic developments of the people of their respective regions.

Many may argue that the 100 days programme does not include anything about devolution of powers to the PCs or to find any political solution to the ethnic problem. Reason for such non-inclusion is well known among the political circles. Some may say that the present coalition in power is a delicate alliance that includes anti-devolution forces. Managing the extremist forces is a matter of concerns of the majority people – supported – moderate political leaders. Urgent Need of the hour for achieving the desired national reconciliation and social harmony is the devolution of powers to the PCs in compliance with the basics of the 13A so that the people and socio-political forces of the respective provinces could feel that their PCs are substantially useful.

I do not want here to debate as to whether the powers devolved to the PCs are sufficient or insufficient and therefore do not submit any suggestion requesting any major correction to be made in the 13A in order to provide more powers to the PCs. However, it is to be noted that as long as the existing major defects in the 13A sustain in so much as its own clauses disable its body as a whole from functioning constructively, the devolutionary process shall continue to be in suspension and the existence of the PCs is a sham deluding the demand of reasonable political solution to the ethnic conflict persisting in Sri Lanka for last more than 85 years. It is therefore imperative, to rectify the 13A in order to make the PCs effectively and efficiently workable and useful to the people, by removing and replacing such provisions which are contradictory to the basic objectives of the establishment of the PCs. Since the Constitution is the supreme and not either the President or the Central Government, the progressive functioning and sustainability of the PCs should not be left with the whims and fancies of the President or the Central Government of Sri Lanka (CGSL) but be ensured unequivocally by the legal provisions enshrined in the Constitution.

I humbly here submit in brief the principles to be considered for the amendments to be made in respect of the 13A, to the consideration of the Constitutional Experts presently engaged in drafting the Amendment Proposal. The Proposed amendments should ensure:

6. PUBLIC SERVICE OF THE PCs:

Finally, I wish to suggest to the Constitutional Amendment Makers to include an independent commission called “DEVOLUTION COMMISSION (DC)” to be appointed by the proposed Constitutional Council. Although the Supreme Court is the ultimate forum to interpret the provisions of the Constitution, everyone for everything should not and cannot approach the Supreme Court to get the relief or correct position. Particularly, since the issues regarding the devolution are politically sensitive it should be resolved and settled as much as possible at a closed-door forum that comprises impartial and experienced experts in judicial and administrative fields. The proposed DC may function as an “advisor body” to the Centre and the PCs in getting proper understanding of the Constitutional provisions and also function as a “Dispute Clearing House” between the Centre and the PCs and also between the PCs.