Devananda in Manipay: Denying Space for the New Government

In an article datelined 2105-03-10 by one Mirudhula Thambiah, Douglas Devananda, the Eelam People’s Democratic Party (EPDP) General Secretary and Parliamentarian, is reported to have told people he met in Manipay that the Tamil people are yet to experience the [sic.] actual change in politics as the Tamil representatives in the National Executive Council (NEC) have failed to solve their issues so far.” Hah! 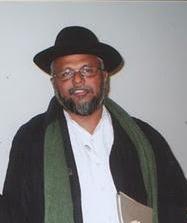 Any astute reader will know that we are only just after the fiftieth day of our new government with a 100-day programme. Many of the solutions to our Tamil problems have been ordered – the return of lands misappropriated by the army, the freeing of Jeyakumari Balendran and her being reunited with her daughter (in the custody of social services from a year ago until today). The release of 257 political prisoners is actively in the works. And this sunshine in our lives we owe to our judges now being free to decide without orders from the stooge chief justice. The dark era of Tamils being locked up without charge on the whim and fancy of the police and armed forces looking for a bribe is over.

We have got more positive changes. A new UGC is in place under Prof. Mohan de Silva, FRCS, who has a high reputation at Kalubowila hospital and is known as a cricketer and a good human being. The UGC has already begun looking at Colombo University’s misgiovernance and, if FUTA’s informally expressed expectations of him are anything to go by, will look swiftly into the problems plaguing our three universities in the North-East. To Tamils who value education more than business, solutions to our universities’ problems are critical.

Academics are saying the sickness in our universities is beyond Devananda’s corrupt councils. They say that the entire upper university administration including the VC and Deans is infected. These administrators collude to appoint anyone they want and award any tender by arranging for fictitious higher bids say Council members appointed by Devananda and resentful that all the blame is too conveniently put on them. These academic administrators have got used to financial and administrative corruption and most academics are fearful of crossing them.

For example when a Jaffna Arts Dean altered his expense bills and charged more, the Bursar caught it and reported it. But the VC ignored it because he wanted the Dean’s support for all his crooked activities. Others did not fight because the Dean was only “stealing from the Sinhalese State.” President Rajapaksa found this convenient when he appointed Vasanthi Arasaratnam as VC despite strictures against her from the Auditor General for purchase transgressions in the millions. The whole university talked about these things but no one did anything. Tamils need to feel and have ownership in our universities. To make Tamils feel that these are our universities, will be Professor de Silva’s challenge as he attempts reform.

A lot more needs to be done that cannot be done in 50 days. We need to give time and exercise patience. Delays beyond 100 days there will be. But so long as there is movement we should give our new rulers space.

The Most Important Change after the Elections

Perhaps the most important change in Sri Lanka since the elections that Devananda cannot see is this. Previously all Sinhalese were silent and even seemed united in the state’s actions against Tamils. The Sinhalese almost as a whole with one voice denounced the 3-person UN Report on the Mullivaikal massacres as Eelamist Propaganda.

But today? Jeyakumari Balendran’s release was jointly agitated for by Sinhalese and Tamil activists. Examples are the Campaign for Free and Fair Elections (CaFFE) and Center for Human Rights and Research (CHR) and personal emails on a mass scale from activists such as Marissa de Silva obtaining the endorsement of many women from the Vanni and several organizations (such as Association of Families Searching for their Disappeared Relatives – Vanni, AWID – Association for Women’s Rights in Development, Center for Peace Education based in the Philippines, Citizens for a Secure Sri Lanka, Diverse Voices and Action for Equality from Fiji, Khulumani Support Group of South Africa, Mannar Women’s Development Federation, Mujeres Sin Fronteras of Chile and Argentina, WE Act of the Philippines, etc.). We are one at last.

Readers finding themselves in an incroyable state of mind from Devananda’s astounding claims were assailed again with the following unbelievable claim from him in that Ceylon Today piece: “We the EPDP have served the people to the fullest, with the powers given to us in the former government. … [the] Tamil people should come forward for an actual change. EPDP is looking forward to assist the people to experience a change in all their problems”[Quoted without corrections].

Devananda and the EDDP had 20 years from 1994 when they entered parliament. What did they do? They raped. They robbed. They killed and colluded with the navy in numerous murders on the islands. Perhaps the unkindest cut coming on the heels of this abuse of the Tamil people by the EPDP was the statement on May Day 2011 by Devananda. This was reported by Lankasri News in the article titled “Rajapakse’s Tamil Stooges Condemn and Reject the UN Report.” . To quote from that article, “As pressure mounts on the Rajapakse regime following the UN Report, the regime has increased its pressure on its Tamil stooges to condemn the report. Minister Douglas Devananda began May Day by taking busloads of his supporters who were supplied money and meals to accompany him to Colombo. Not only did they participate in the anti-UN rally there, [but also] the Minister issued a statement that there had been zero casualties at Mullivaikaal.” Rather than representing his constituents, he was being his master’s voice, echoing Rajapakse’s claim: “Our troops carried a gun in one hand and a copy of the human rights charter in the other. Our guns were not fired at a single civilian.”

No wonder then that Devananda was routed at the last elections – spurned by the Tamil people en masse. His 20 years in power were years of ignominy for the Tamil people. These last 50 days have been days of hope, a new dawn.

If Devananda cares for his constituents, he should leave Sri Lanka. Newspapers like Ceylon Today should serve their readers well by not dishing out this propagandist nonsense which they should know is false.

We who elected this government should apply any positive pressure we can so that it does not forget why it was elected. The TNA too must accept responsibility for lapses of the NEC when it participates. It should press for speed. It must also correct the government when it makes mistakes.

One mistake by the new government from the minority, liberal perspective is the departure from the long-standing practice of having a Tamil or Muslim as UGC Vice Chairman. The tradition was broken after eminent historian Prof. S. Pathmanathan was harassed by such pettiness as not covering his Rs. 100 claim for polishing the floor of his official Vice Chairman’s quarters in Torrington. After that for some time both the Chairman and Vice Chairman were Sinhalese, taking away a tradition that made Sri Lanka beautiful. Saner counsel prevailed with the brief tenure of Dental Prof. M.T.M. Jiffry, but that concession to minorities seems gone permanently after he died partway through his term and was replaced by a Sinhalese. The present new UGC so far does not have a single Tamil going by its website. Both the Chairman and Vice Chairman are Sinhalese. The law allows for 7 members and they have no Tamil and seem to be counting the Treasury Representative as a seventh member!

On this matter the TNA has to act or Devananda might seem right in his accusations because people’s political memories are short. One year from now people will remember the TNA’s mistakes and forget Devananda’s murderous political machinery.

I think we Tamils now lack people who know our democratic traditions. The Sinhalese too seem to lack people with memories of our better days. The new President breached this UGC tradition because, I think, he was not advised about whom we appointed as UGC Vice Chairman then.

Devananda controlled University of Jaffna by studying how it works while the TNA was a sleep. The TNA understands political processes right and how Tamils think. But closely integrated with political processes is how our institutions work to buttress political processes. That the TNA does not seem to know. It is time for the TNA to study these things and be on its toes to serve the Tamil people better.