Minister Mangala Samaraweera says that stolen assets of the Rajapaksas, worth a few billion have already been located. 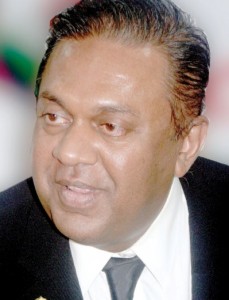 In an interview with The Hindu, Foreign Affairs Minister Mangala Samaraweera made these remarks as he spoke of the new government seeking assistance from several countries and various international agencies in locating the stolen assets of the Rajapaksas.

“We have located a few billion already but it’s not as easy to get to those through an internal mechanism. . .,”he says adding the new government has requested the help of India as well as several other countries to SL in the process.

While stating that no one would stop former President Mahinda Rajapaksa from returning to politics if he wishes to do so, Minister Samaraweera said the new government is however duty bound by the mandate they received to look into the allegations of the grave corruption charges against MR and his family.

“That is why we have already got the services of some international organizations including the World Bank who have experiences in Tunisia and elsewhere in recovering stolen assets of the government. We are now going after Rajapaksas’ stolen assets because most of the money is hidden away internationally,” he said.