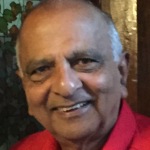 This time it is a different strategic manipulation. The master stroke of picking Maitripala Sirisena as Common Candidate had an air of ethical quality: given that Maitri had to risk his neck and given that the then President must be stopped in his damaging track it had been a kind of relief operation. This time, the ethical air has to be evoked with some difficulty and amidst immense controversy.

Official sources urge that a National Government has be formed with the United National Party and the Sri Lanka Freedom Party within one fold, under the President. The idea of National governments is both salutary and sine qua non in times of crises. War is the typical occasion. Sri Lanka has, for now at least, finished the war. The most imperative national duty is to eradicate the Executive President system. Revd. Maduluwawe Sobitha,Jayamapathy Wickremaratne and a host of others must be credited with having created the required social consciousness for the change. Left to the political parties, the latter would have preferred to engage in musical chairs for the office of (executive) President. The more educated classes, professionals, and writers had been quick to sniff the need for radical change. Revd. Sobitha’s movement gave leadership, direction and strategy to achieve the need that was flourishing in demand.

The promise was made formal during election time that the new government under the common candidate will within 100 days exorcise the devil in the constitution. It may be Mahinda Rajapaksa then but could be another next. The point is that there had been growing realization that it is the constitution that is the root cause. The constitution gives space and opportunity for even good men or women to be monsters. Before he became President Mahinda had been a very sporty guy; but with enormous power in his hands he morphed into something foreboding and frightful in possibility. Mahinda did one signal service: to bring to the public notice the danger of our constitution. The danger was felt under its creator, JR, and under CBK and Premadasa; but that was not palpable danger. Under Rajapaksa the danger came out into the open. MR carried the role to its logical and disastrous end like in a fated Greek tragedy.

Soon after Maitri’s victory all opposition rallied round with promises of support for the 100-day program and the changes to the constitution that were spelled out. However, as time went on-not months but only days- that enthusiasm dropped and faded away. The possibility of a return of Rajapaksa wearing the same stage costume became a live one. Even a government partner, the JHU kept nudging that they never wanted the executive Presidential system to go and that all they wanted was for the “excessive powers “of the President taken away. In so trying to differentiate themselves Minister Champika Ranawaka and other isolated JHU personnel did not realize that to begin with Mahinda Rajapaksa had been content to occupy the lower end of the spectrum of power offered by the constitution. Seeing the opening available at the other end MR moved swiftly to enhance the power of his office toward plain absolutism. The larger than life portrait of the Absolute President that now presented itself suggested that he could make a criminal an innocent and an innocent a criminal overnight. He could at will make the living part of the dead and he could make the forthright and honest a cringing and servile person worshipping at his feet and asking for morsels. Sri Lanka became the land of the Absolute Star!

In the face of a desperate need for numbers to pass the amendment to the constitution sans modification the Maitri-Ranil government had to devise some move. The alternative had been frightening to conceive of, namely go to the polls after the 100 days still with the constitution unchanged and the possibility of a return of a devil at some future date. Maitri would most probably not be the devil. Somebody else after him? Imagine a Wimal Weerawansa in the role? As the cliché states the government was between the devil and the deep blue sea. The ‘devil’ in this case is literal.

“So let’s play the devil’s own game,” would have been the thinking of the now duo buddies-Maitri and Ranil. They put their heads together and got a page off the former President. Induce the required numbers from the SLFP and then we are shaped! In this instance, the inducement was status or ‘thaththwaya.’ The chance for making something is not there.

In came the old pole vaulters from the SLFP. One senior MP was appropriately assigned the portfolio of Minister for Disaster Management. One former senior lout was fortunately not put in charge of his former haunt. He hasn’t much muscle now to strip CBK naked and send her on the streets crying. Except for just one portfolio given to a cultured but term-expired personality, all others given as benefits to the new cross-overs constitute innocuous positions. This is the merciful part of the operation.

It all shows what a lot it means to our pollies to be deemed a Minister. In countries like Australia, where I live, there isn’t this hankering after Ministerial portfolios. The answer is, I suppose, in the nature of the economy. Good jobs are available and good space for business is available to men and women who have some standing. In Sri Lanka there is the added possibility of milking portfolios for money and perks.

Be that as it may. The move by the government is bad and smelly when looked in isolation from context. But, then, one doesn’t interpret events without the relevant context. In contextual terms the move can only have justification as a means to a noble end and as a temporary arrangement to get over a crisis. The Devil’s Game can, surely, extricate the devil from our constitution.

From the snares of the devil in the constitution free us , Oh Lord!