The Chairman of the All Party Parliamentary Group for Tamils (APPG) has reiterated on the significance of an international investigation into the grave human rights violations that occurred during the final phases of the war in Sri Lanka, while pointing out that it has been made quite evident by now that the government of Sri Lanka will not deal with the accountability issues facing the Tamil community in a meaningful manner.

APPG Chairman and Ilford North MP Lee Scott had made these remarks during his meetings with the Ambassadors of US, Norway, Germany and the UK in Geneva as he joined the members of the British Tamil Forum at a UNHRC meeting.

The BTF had been seeking to gather support for the international investigation intowar crimes and crimes against humanity committed against the Tamil people in Sri Lanka.

MP Lee while pointing out that the previous inquiries put in place by the government have lacked credibility and impartiality since they were too easily influenced by the local politicians and the ministry, had added that now it is all too clear that the GoSL is not going to deal with the issues meaningfully and the only way forward is a comprehensive international investigation.

He had expressed his disappointment over the deferral of the OISL report by six months and had noted that they must now press ahead and ensure the investigation process does not stop by probing into the appalling crimes committed up to 2009 but also those that had been committed in the following years and the individuals responsible are brought to justice. 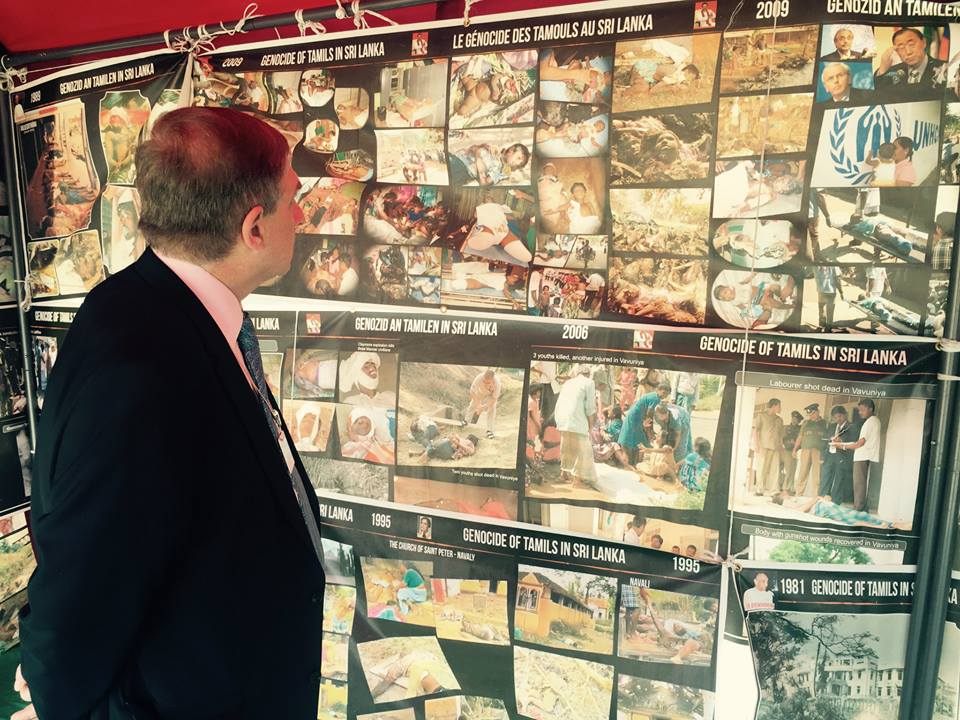