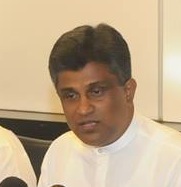 Speaking at a press briefing held a short while ago the Deputy Minister of Foreign Affairs said if the lifting of the LTTE ban last year was allowed to continue, it would have created a grave situation as the frozen wealth and assets would have been invested and deployed in activities to help revive the LTTE.

The fresh proscription had been imposed through verdict no: 2015/521 issued on March 26, that banned the LTTE as a terrorist organisation in all countries of the EU. It had been declared in response to the case made by Prime Minister Ranil Wickremasinghe and the government on why the LTTE should be included in the list of terrorist organisations and be proscribed.

“Certain groups have tried to undermine this development by stating that its an automatic process. The government had to make submissions to convince and enlighten the European General Council on the threats that the LTTE has imposed to both world peace as well as in Sri Lanka due to the ban being lifted,” he said.

Ban on LTTE extended for five years – The Hindu