The SriLanka airline cabin crew member released for Namal Rajapaksa’s work was unable to describe the exact location where she worked, the Weliamuna report reveals.

She had been paid by the airline including allowances for cabin work although there is no explanation of what services she provided except that she had been over paid more than 4.2 million rupees.

According to the Weliamuna report upon enquiry Nithya said;

J.C . Weliamuna led Board of Inquiry recommends that the Sri Lankan airlines take action to recover the overpaid amounts from the staff member who has been identified in the report and direct prosecutions of those who authorized misappropriation of public finance.

we publish below the relevant part of the Weliamuna report; 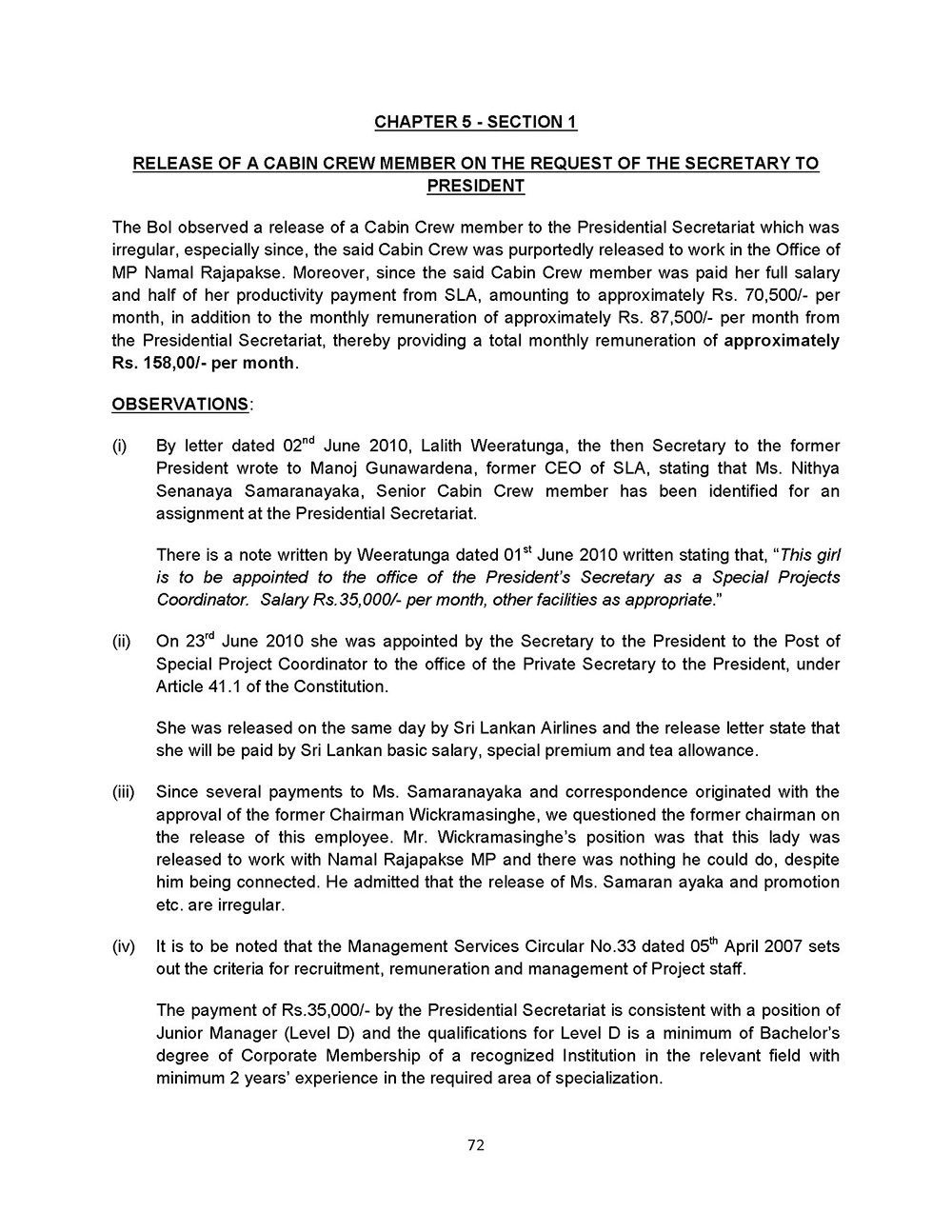 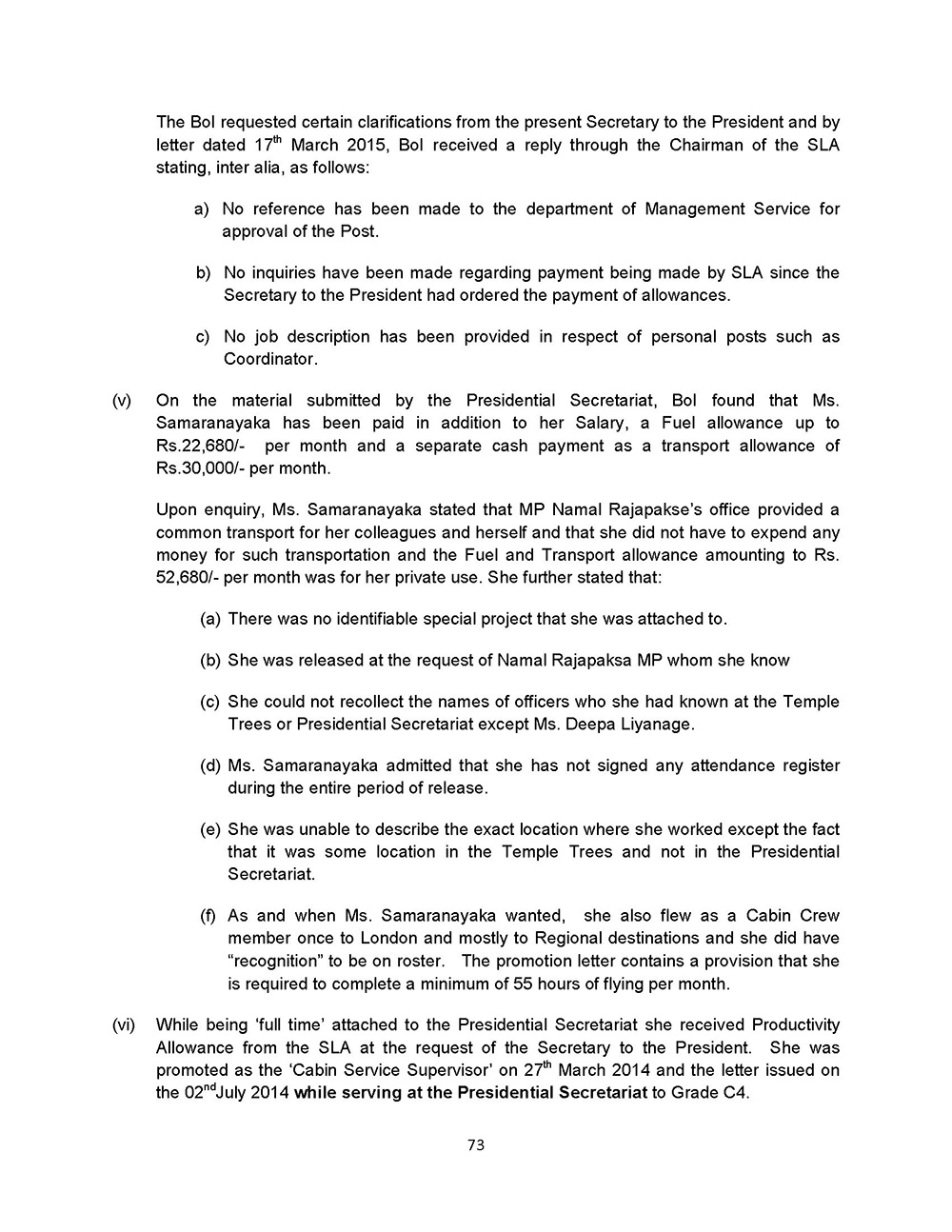 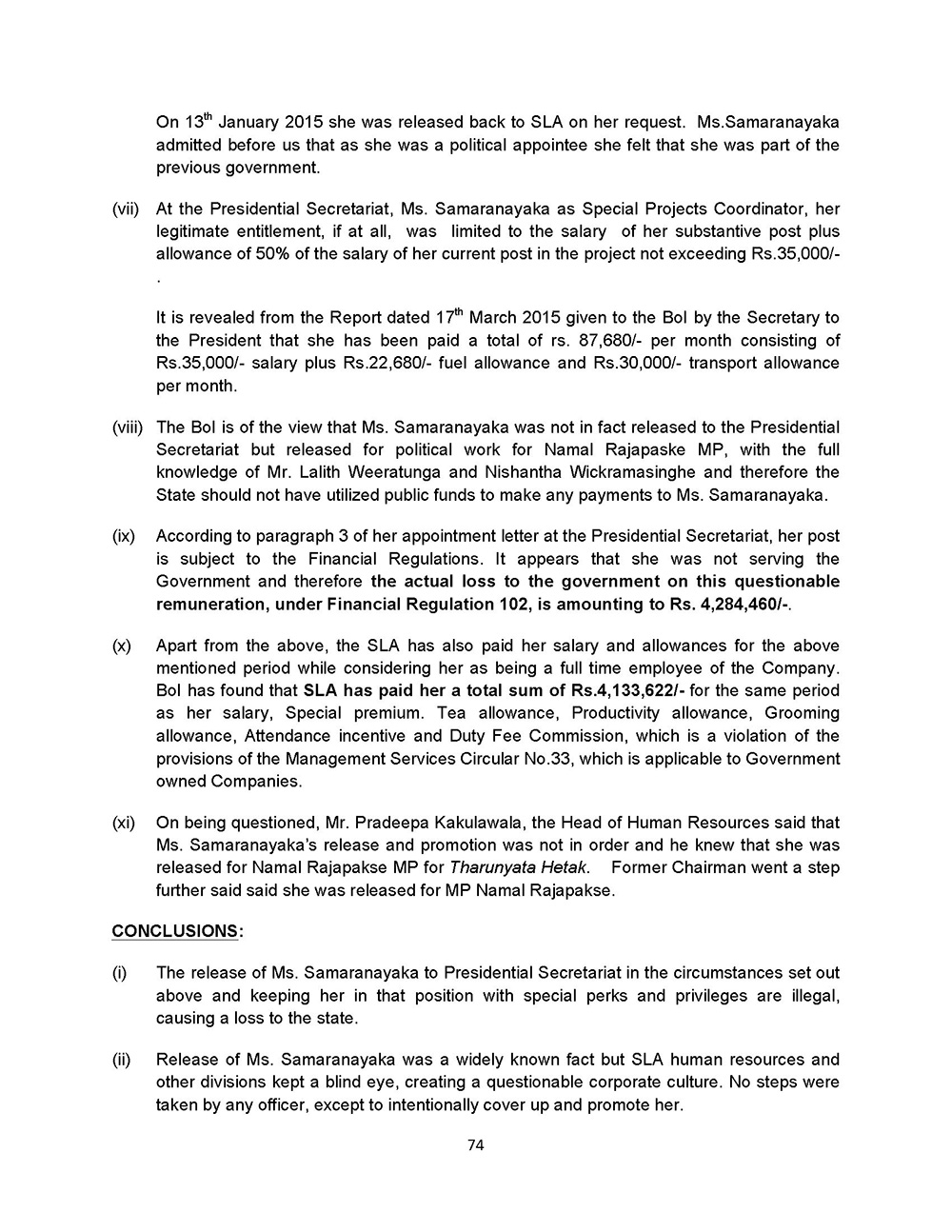 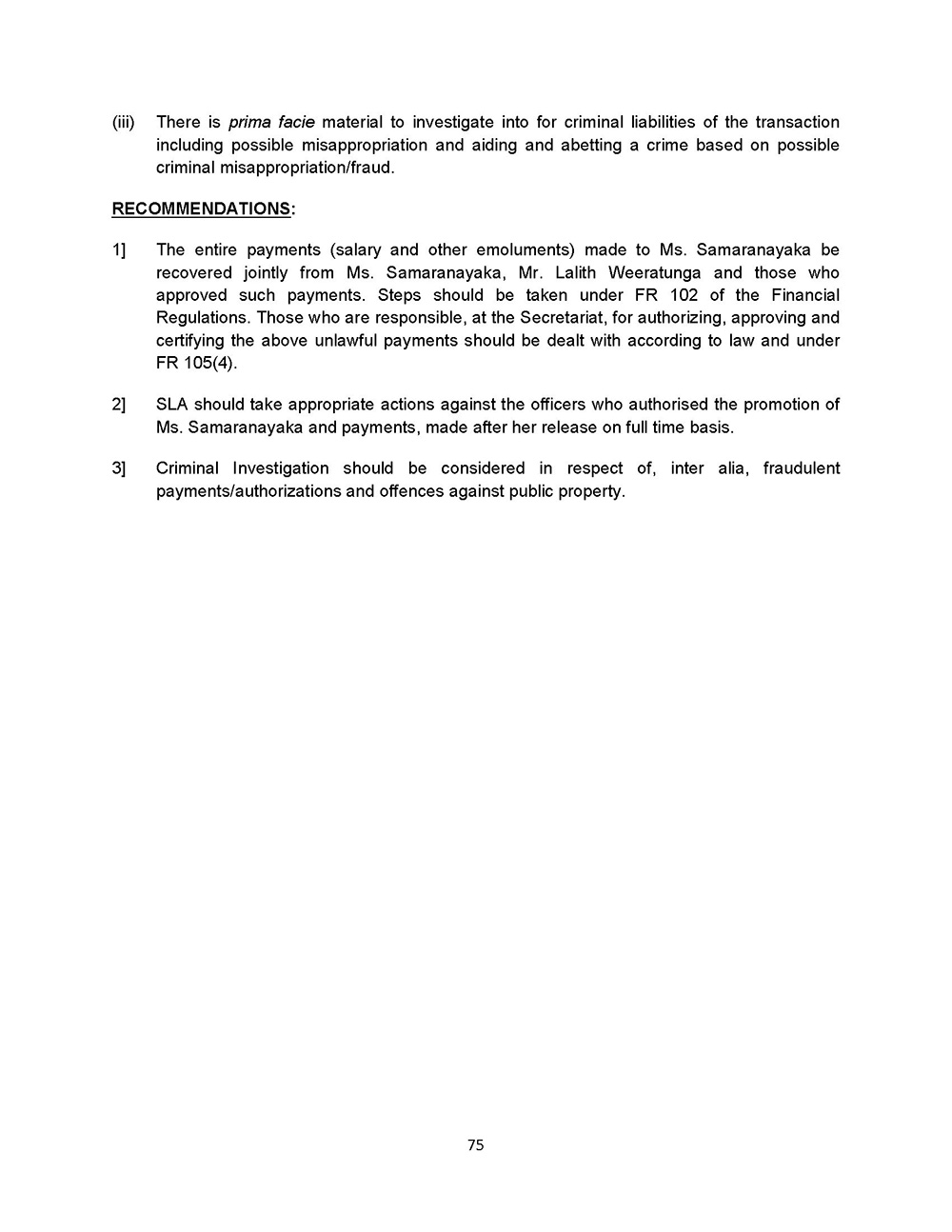