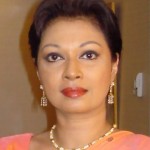 The following piece was written by me in 2007. This was a time, when the media in Sri Lanka was terrorized to such an extent, that Journalists and Writers needed to be armed with cold courage, to function.

All those Editors I sent the following piece to, who never said “No” to any of my articles before and after, refused to publish it in their newspapers, and one warned, “No way Sharmini, this will get us both killed!”

Senior journalist Keith Noyahr, who was then the Associate Editor and Defence Correspondent of ‘The Nation on Sunday’ newspaper, was not yet abducted and beaten up to near pulp, for daring to be critical of the then government, and military high command.

My good friend and former colleague Lasantha Wickrematunge was still alive, and so were the others who went missing in ‘White Vans’ and never seen again.

Uvindu Kurukulasuriya had not yet fled the country for his life, so Colombo Telegraph was not yet born.

‘Lest we Forget’ that was how the media functioned in Sri Lanka, not too long ago!

Now that the dark clouds of fear and terror have been lifted, here is my piece ‘Sri Lanka Goebbeled’ that never was published, up until now…….. “If you tell a lie big enough and keep repeating it, people will eventually come to believe it. The lie can be maintained only for such time as the State can shield the people from the political, economic and/or military consequences of the lie. It thus becomes vitally important for the State to use all of its powers to repress dissent, for the truth is the mortal enemy of the lie, and thus by extension, the truth is the greatest enemy of the State.” – Joseph Goebbels.

Does this statement made by the despicable Nazi of the Third Reich Goebbels almost seventy years ago ring a bell? Yes it does, because that’s precisely what is happening in Sri Lanka in this very moment in time. We have Goebbels reincarnated under our noses!

To avoid confusion between the dead German fellow and his living local counterpart, we shall call our fellow Gotabbels.

While there are many similarities between the two, our man is not cast in the exact same mould as his German version, who was the Minister for Public Enlightenment and Propaganda in Nazi Germany. In our humongous cabinet we seem to have forgotten this important portfolio, maybe at the next cabinet reshuffle it might be included with Gotabbels as its Minister.

Goebbels earned a Ph.D, our one hasn’t. An early and avid supporter of war, Goebbels did everything in his power to prepare the German people for a large scale military conflict, just like our Gotabbels.

Goebbels intensified the propaganda machine by urging the Germans to accept the idea of total war, our one is having some trouble in this department, because our independent media has a mind of its own.

Goebbels had a sharp tongue which made him enemies within the Nazi Party, our man has one too, which has earned him enemies amongst the media- both public and private.

Goebbels knew the power of controlling what people thought, our fellow thinks he has that too, but hasn’t except for a few. With Goebbels, those that did not tow the line had to face the Gestapo- secret police, here we have ‘Merv the Menace’, his thugs with orange coloured hair and White Vans.

A tireless, tenacious agitator with the gift of paralysing opponents by a guileful combination of venom, slander and insinuation, Goebbels knew how to mobilize the fears of the masses, just like how our Gotabbels tries with our media fraternity.

Goebbels became editor of ‘Das Reich’, writing regular front-page “editorials” and lauding the successes of the German forces, very similar to a certain website we journalists are all familiar with, which has a lot of Gotabbels propaganda in addition to attacking certain journalists.

Goebbels personally supervised the deportation of Jews from Berlin and proposed that Jews along with Gypsies be regarded as “unconditionally exterminable”.

On 7th June 2007, here in Sri Lanka, several hundreds of North – East Tamils residing in lodges in Colombo, were forcibly evicted and packed off to where ever they came from, in what was termed as part of a “security related measure”. Fortunately the Supreme Court ruled against this despicable move, and two days later these ‘expelled’ citizens of Sri Lanka were returned to Colombo.

During the Second World War, it was easy for Goebbels to persuade the public that things were going well when the war was going Germany’s way. However, this became a lot more difficult after the Battle of Stalingrad. This applied to Gotabbels too until Muhamalai debacle round three on 23rd April 2008.

As Berlin was besieged by the Russians in April/May 1945, Goebbels blamed the defeat of Germany on the German people. If this unfortunately happens here absit omen, Gotabbels will lay the blame squarely on the media.

On the evening of May 1, 1945, with the Soviet troops just a few hundred yards away, Joseph Goebbels killed himself in the courtyard outside the Führerbunker. No, we do not wish this upon our Gotabbels!
Patriotism means to stand by the country. It does not mean to stand by the president or any other public official save exactly to the degree in which he himself stands by the country.
It is patriotic to support him insofar as he efficiently serves the country. It is unpatriotic not to oppose him to the exact extent that by inefficiency or otherwise he fails in his duty to stand by the country.” — President Theodore Roosevelt, 1908

*Sharmini Serasinghe was Director Communications of the former Secretariat for Coordinating the Peace Process (SCOPP) under Secretary Generals Dr. John Gooneratne and Jayantha Dhanapala. She counts over thirty years in journalism in both the print and electronic media.