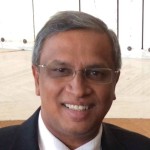 Five years ago, on the 8th of September, 2010, the lot fell on me to open the Debate for the Opposition on the Eighteenth Amendment and I remember the words that I spoke then. I said, “Within six months of me coming into Parliament, I am confronted with this Bill, which was a final nail on the coffin in which democracy had been laid in this country for some time”. On that day, I did not expect that another Bill like the Nineteenth Amendment would be presented to the same Parliament within the period of five years, within the same term of office as a Member of Parliament for myself, wherein that Amendment would be repealed. So, this is indeed a momentous occasion, even personally for me, to speak on this Nineteenth Amendment. One must place on record how this Amendment came to be. Many people are under a misapprehension that all of this started with the Presidential Election, from about November, last year. No, that is not true.

From the time the Eighteenth Amendment was passed, along with the passage of time, there was an agitation from all the progressive forces in this country to abolish the 18th Amendment; to have it repealed. The Minister, Hon. Karu Jayasuriya, would recall that there was a monthly movement after the Eighteenth Amendment was passed. Every month on that day there was a meeting. The Hon. Minister would also recall that.. prior to that, when the 17th Amendment and the Constitutional Council became non- functional, people took various efforts to get it moving; to get it working and the Hon. Minister, I remember, came to the Supreme Court every time the case with regard to the Constitutional Council came up. There were civil society leaders who were very concerned about the direction in which the country started moving since the Eighteenth Amendment and, most notably, the Venerable Maduluwawe Sobitha Thero who led a movement called the “National Movement for Social Justice” identified the Executive Presidential System as the root cause of this wrong direction in which the country was moving.

The Executive Presidential System is something that this country has been waiting to abolish quite for quite some time, from the early 1990’s. The 1994 Election Manifesto of the PA Government and every election thereafter – as His Excellency the President enumerated yesterday when he spoke on this – everyone wanted to abolish the Executive Presidency and also they said they would, but when they came to office they did not do it.

President Maithripala Sirisena became the common Opposition Candidate after the agenda – if I might call it – of the democratic forces, progressive forces and the civil society of this country had all converged to identify two very important issues: one, the abolition of the Executive Presidency; and two, repeal of the Eighteenth Amendment to the Constitution and restore the independent commissions that were functioning under the Seventeenth Amendment. The Hon. Leader of the House just stated that when the Seventeenth Amendment was passed, 223 Members voted for that; no one voted against. That is the only Constitutional amendment approved by this House which did not have a single vote against it. Now, such an amendment that was widely accepted was thrown away by the Eighteenth Amendment. The whole movement for restoration of democracy was hinged on the abolition of the Executive Presidency. All the Left parties, I remember even last year at their party annual conventions, passed resolutions to abolish the Executive Presidency; to abolish it in toto. That is the wave that brought the common Opposition Candidate to the fore, and when he declared his candidacy he identified the Executive Presidential System as damaging and said “I will abolish it; I will bring back the Seventeenth Amendment and a few other things”.

Nevertheless, we have a Bill, an Amendment to the Constitution, before this House which identifies these two issues for which His Excellency got a very clear mandate from the country: one, abolish the Executive Presidential System as far as it is possible without a referendum; and two, restore the Constitutional Council and the Independent Commissions as they functioned under the Seventeenth Amendment.

“The President shall be responsible to the National State Assembly for the due execution and performance of the powers and functions of his office under the Constitution and under other law, including the law for the time being relating to public security.” which is almost identical to Article 42 of the Second Republican Constitution, which states, I quote:

“The President shall be responsible to Parliament for the due exercise, performance and discharge of his powers, duties and functions under the Constitution and any written law, including the law for the time being relating to public security.”

The Supreme Court has struck down other provisions in the same Chapter, which envisaged the Prime Minister acting alone and the Court has said that cannot happen. But, it has specifically permitted the phrase, “The President shall, on the advice of the Prime Minister,” at least in three places. And, that is a promise that has been held out to the people to make an amendment in the direction of abolition of the Executive Presidency, to the extent that is permitted to be done without a referendum. So, it is before this House today for all of us to vote on; to do what the country wants us to do; a clear mandate that has been given on the first promise that the common Opposition Candidate and now the President, gave the people at the Election on the 8th of January, this year.

The question is: will this Parliament bow to the wishes of the people or will this Parliament, through a process of Committee Stage Amendments, seek to deny the people what has been promised and what has been held out in the gazetted Nineteenth Amendment to the Constitution that the Supreme Court has allowed to be enacted with only a two-thirds majority? I am asking this question because the Government does not have a majority in this House and using that as a ploy, there is a move to bring in Committee Stage amendments that negate the entire crux of reducing the executive power of the President, which the President himself wants to do, which the people of this country have mandated him to do. And, if the Parliament were to try that even today, that will be a serious violation by the Parliament on the mandate granted by the people.

The second issue of the Constitutional Council, as I said, this Parliament enacted it without a vote against it; of a Council of 10 members: three ex-officio, chaired by the Speaker, the Prime Minister, and the Leader of the Opposition. All other seven persons are supposed to be persons who are not members of a political party. To be a member of a political party is a disqualification. That was so in the Seventeenth Amendment. That is so in the Bill before us. On both occasions, the Supreme Court has permitted it. So, we have two Determinations of the Supreme Court spanning over a period of 15 years where the Supreme Court has said: “This can be enacted; this does not require a referendum” and we have promised the people that whatever that does not require a referendum will be enacted by this Parliament. There is a move to bring in Committee Stage Amendments that make the composition of the Constitutional Council to be Members of Parliament. It is a disqualification to be a member of a political party. And, Members on this side of the House are now propounding a theory that Members of Parliament who are necessarily members of political parties and politicians, most active politicians, should sit in the Constitutional Council. So, the whole process, the whole objective of depoliticizing this body will be totally lost.

So, Mr. Presiding Member, may I urge my Colleagues, the Hon. Members of this House, that these are too crucial issues that are before this House, today. You leave one of those out and you do not have a Nineteenth Amendment, you lose it. Without the “Advice” Clause that the Supreme Court has permitted and without the Constitutional Council being the composition that has been put in the draft Bill before us, it will be taking the people of this country for a ride; we might pass something that is totally hollow which has no content in it.

I urge the Members of this House not to practice that deceit on the people of this country who are very, very clear in their minds as to what they want. They want an abolition of the Executive Presidential System. Well, if that cannot be done totally without a referendum, do it as much as possible up to the referendum, and nothing less. Restore the Independent Commissions through the process of a Constitutional Council that is depoliticized, that has no political influence. Therefore, I appeal to those who have been urging these Committee Stage Amendments through which you negate the whole exercise in which we were indulged in for the last two days, to desist from this and to act honorably and with good intent and pass the Nineteenth Amendment to the Constitution, which is eagerly awaited by all the people of this country.

Thank you very much.