It is unhealthy news reporting in the Sunday Island datelined 10 May 2015. The news headline ‘Two pro-LTTE Conservative MPs defeated in British poll. Only one candidate of Lankan origin romps home’ spoke of the unpleasant crusade of the constrained media.

The news is clearly a cheap media spin, to continue with the never ending anti campaign between Sri Lankan Diaspora communities in the UK. Having engaged in the election campaign from the dissolution of the House of commons for the election on 8 May 2015, and knowing the intricacies of the campaign process, the mischievous whirl in the Sunday Island appears to be an effort to continue with the age old agenda to embroil in propping up animosity without reporting the factual account in a broader sense. Tamil Diaspora cannot be analysed or visualised with a redundant binocular, instead one needs deep engagement with the communities.

My two colleagues and I had a meeting with the Conservative parliamentarian Mr Lee Scott on the day of the dissolution of the parliament on 30 March 2015 at his constituency office in Gants Hill. In the meeting, a wide range of issues including political resolution to the conflict, war crimes, efforts of All Party Parliamentary Group for Tamils etc., were discussed. The primary objective of my meeting was to influence Mr Lee Scott to reform the APPGT to be more open and transparent in its conduct and reflect wider collective views of the Tamils. He was under pressure from a section of the Tamils in his constituency for this change. One of his Tamil constituent (Name withheld) had engaged with him and his exchanges speak of changes wanted in the APPGT under the newly elected parliament. 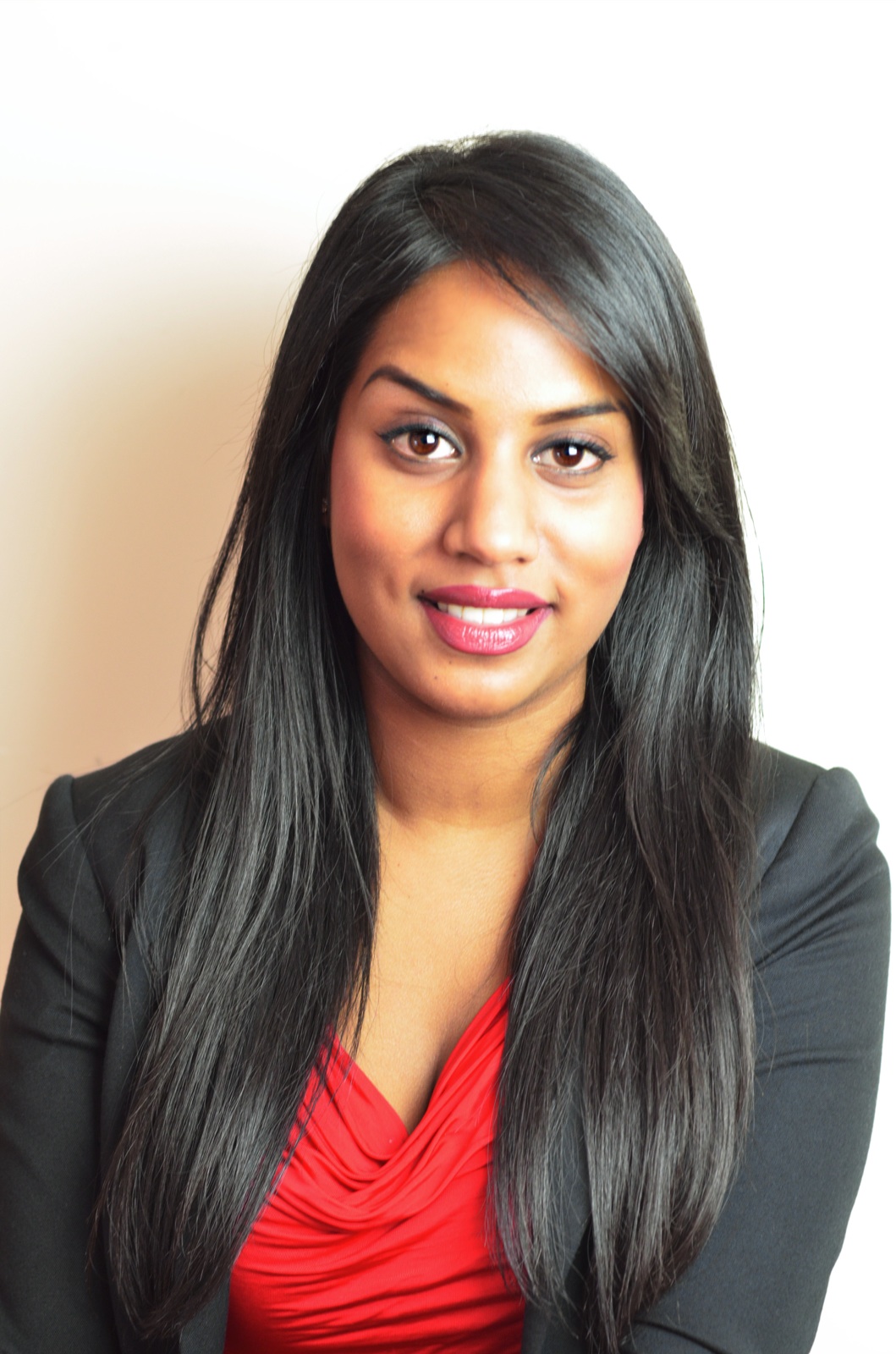 ‘Dear Hon Scott MP
‘As your constituent, I am very concerned about the stand taken by the APPG (T) you lead by associating with the constrained, sectarian and hate groups.
‘The bigger Tamil Diaspora is intelligent stock and the time has come for the APPG (T) to open its door for true democratic voices of wider Tamil Diaspora to be heard.
‘Kind regards.’

‘Dear Sir, The group is not with any one group and there are at least 5 groups involved. Regards Lee’

‘Thank you for your prompt response and my apologies for the delayed reply.
‘I was in the forefront of the Tamil national liberation struggle to exercise out right of self-determination to establish a separate state.
‘I am fully aware of the five groups you are referring to. They are interconnected groups i.e., off-springs of the British Tamil Association (BTA) that ceased to function following the proscription of the LTTE in the UK. Of them two are the multiplier effect of the GTF.
‘Tamil Diaspora in the UK is in excess of 350,000 persons. Almost all of them speak at same wave length on the rights of the Tamil people but differ in their approaches to achieve the objective.
‘I was associated with the Tamil Democratic Congress and this group was systematically kept out of the APPG(T) when the parliamentary group was set up. Even their campaign to join the APPG(T) was denied.
‘The groups like the branch of the Tamil National Alliance (TNA) in the UK, Tamil Information Centre (TIC) and Non Resident Tamils of Sri Lanka are some of the leading groups that are not engaged with the APPG(T). There are a host of vibrant socio-religious groups in existence.
‘Having engaged with these groups, I understand the frustration they feel and as a constituent of yours, I appeal to you to do your best to open up the forum to hear the wider voices and engage with wider representations.

‘Dear ….. as soon as election is over and APPGT is reformed, happy to do so and meet anyone that wishes. regards Lee.

This engagement of a former member of the LTTE moving away from the constrained work of his past, speaks of the progressing changes taking place within the Tamil community in the UK. Colombo media is remote to the changes taking place and even the frontline GTF, BTF and the other splinter groups are going through a process of change. To make hammer blow statements to brand the United Kingdom MP’s as pro LTTE without prima facie evidence is only an imaginary projection that the constrained Sri Lanka media must avoid in the future. 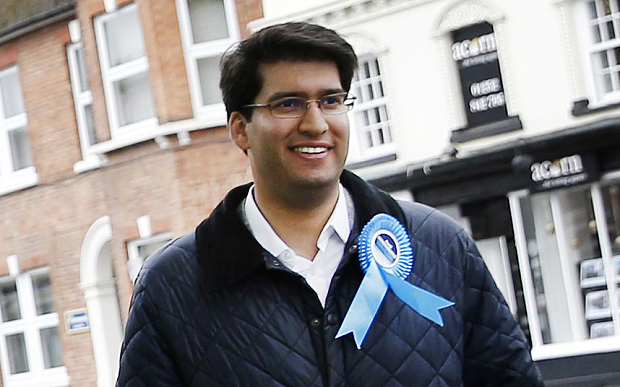 It is not only the APPGT, even the All Party Parliamentary Group for Sri Lanka too needs to be reformed.

The scandal ridden Sri Lanka Group has not truly represented Sri Lanka and knowingly played its limited role to prop up the unacceptable practices of the government of Sri Lanka. According to news and information available, some members and associates of the APPGTSL have benefited financially, even through clandestine process, and the scale of corruption is beyond comprehension during Mahinda Rajapakse regime.

It is time for Rt Hon the Lord Naseby to say goodbye to the APPGT-SL, as the longer he stays, he will be a unfavourable influence for the fusion of Sri Lankan communities in the UK.

The All Party Parliamentary Group for Sri Lanka is totally disconnected with the Tamils, needing the formation of the APPGT to represent their voices. Though constrained by engaging only with a limited group of five, the APPGT was much more a representative body of the Tamils than the APPGSL. The MP’s attached to the APPGT understood the feelings of the sizeable Tamil voters in their constituencies from the on-going complaints received from their Tamil constituents on the issues affecting them in Sri Lanka.

The pressure on the APPG-T to change its restricted engagement is much felt now and if Mr Lee Scot was elected there was hope he would have helped in the process of change.

The Sunday Island’s claim quoting Amal Abeyawardene of the Conservative Friends of Sri Lanka (CFSL) that: “We are happy to see the re-election of friends of Sri Lanka such as James Wharton, Andrew Rosindell, Matthew Offord and Bob Blackman. Liam Fox is also a strong ally of Sri Lanka and we have also now got our own MP in Ranil Jayawardane”, is very mischievous.

Maththew Offord MP is my constituency MP and he did not contribute in any way during his last five year term as MP to prop up Sri Lanka.

Further, Bob Blackman MP will be very careful not to upset his large Tamil constituency voters to take an extremely sensitive stand against them.

Liam Fox paid a heavy price over his scandalous engagement with the Rajapakse regime and he will be careful in his conduct in the future.

What CFSL failed to understand is that there is a powerful Tamil campaign group Tamil Friends of Conservatives (TFC) that had made earmarking progress in engaging with the Conservative Party.

Unlike the Labour Party, the Conservatives have gone further to commit themselves in their election manifesto for a political settlement in Sri Lanka.

According to the former British Secretary of State for Northern Ireland Theresa Villiers, the Conservative Party manifesto has expressed its commitment to the UN investigation into Sri Lankan atrocities and pledged to work towards a political settlement for Tamils in Sri Lanka. Villiers has further said: “I am a strong supporter of the British Tamil community and if I am re-elected I will continue to work with them to support efforts to secure a fair and inclusive political settlement in Sri Lanka, which delivers equality of treatment for Tamils and give them an all sides of the community, an effective voice in government.” The Conservatives’ Theresa Villiers has held on to her seat in Chipping Barnet – a constituency of the London Borough of Barnet.

I heavily campaigned for Uma Kumaran who unfortunately lost to Bob Blackman in the election. She was very focused and kept on saying that she will represent all the communities in her constituency if she is elected. Amazingly, even the Sinhala voters during telephonic campaigns enthusiastically and overwhelmingly supported her saying she is our Sri Lankan candidate.

In Ed Millaband’s public campaign in the Uma Kumaran’s constituency in Belmont Square on 3 May 2015, some Tamils present took exception that the Labour Party failed to match the commitment of the Tory’s to confirm their stance on the Tamil issue in their own manifesto. Tory’s commitment to the Tamils destabilised the traditional Tamil votes for the Labour. It will be an issue that will continue to pressure the Labour Party in the coming months and until the next general election.

Beyond the polarised positioning of Tamil and Sinhala campaign groups, remains an internationally well respected Prime Minister of Sri Lanka Mr Ranil Wickremesinghe. His party is attached to the international right wing political grouping and because of his influence he could play his influential role to take forward Sri Lanka in the path of honour in the world map. The partnership between Ranil, President Maithiripala Sirisena and the former President Chandrika are the only and last ditched hope Sri Lanka have and they are in a unique position to address the historic illness of Sri Lanka. However hard it may be they must proceed to the finish to end the historical crisis facing Sri Lanka. Beyond them there is not a single politician from the South of Sri Lanka who could stand tall to deal with the challenges.

The fate for the Tamils too is same. If the present Tamil leadership fails, the future looks very bleak with a leadership with lack of vision and petty mindedness that is showing the signs of strong emergence already.

Why No Tamil Has Made It to British Parliament?

Sampanthan confident in President Maithiri For a viable political solution

Issues of Tamil people still same – We believe in a Federal set-up.

Sri Lanka Still Has A Lot To Do – EU Envoy

‘Questions Unanswered’ from Mahinda to Maithri