The government has declared that May 18, the day the war ended six years ago in 2009, will be commemorated as a Day of Remembrance. This signifies a departure from the practice of the past five years when it was considered a Day of Victory, and is recognition that the people who fought against the government were part of the same national community and constituted members of the same State. The government will be conducting its own military parade on this day, but unlike in the past it will also remember all who died in the three decade long conflict. It has also expressed its opposition to the occasion being used to pay tribute to the LTTE as an organisation and has taken legal injunctions to prevent commemorations of the LTTE. 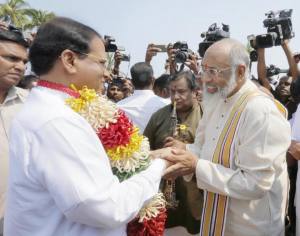 The National Peace Council looks to the day when there could be a joint commemoration throughout the country, in the North and South with the participation of all sections of the polity. We have always taken the position that the end of a civil war in which the citizens of the country were the victims cannot be celebrated as a victory for one side. In doing so we have echoed the recommendation of the Lessons Learnt and Reconciliation Commission appointed by the previous government which stated that there should be a Day of Remembrance in which all who lost their lives should be commemorated and the war be seen as a collective tragedy. All who lost their lives whether members of the security forces, LTTE or civilians were Sri Lankan citizens.

The National Peace Council therefore welcomes the government’s decision to bring the loss of life during the war into focus. We urge that the democratic space that has opened up under the government of President Maithripala Sirisena be used to strengthen the reconciliation process and not be used for the purpose of gaining narrow political advantage by making divisive political statements. The need for reconciliation between all communities must be foremost in the minds of all people and our political leaders. The genuine Tamil grievances that created conditions for the Tamil militancy need to be addressed urgently. We see the government’s redefinition of May 18 to be a Day of Remembrance as one of the steps forward in the process to national reconciliation.