The International Truth and Justice Project (ITJP) Sri Lanka, headed by South African rights activist Yasmin Sooka, has urged the government of Sri Lanka to undertake credible investigations into the forced disappearance of the more than a hundred people who disappeared while surrendering to the military on 18th May 2009 and to indict, prosecute and convict those responsible. “Families are entitled to the truth about the fate and whereabouts of loved ones.” ITJP said in statement.

Issuing a statement last night the ITJP also called upon the government of Sri Lanka to become a signatory to the International Convention for the Protection of All Persons from Enforced Disappearances. “We welcome the news that the Working Group on Enforced or Involuntary Disappearances is to be allowed to visit Sri Lanka and we urge the Government of Sri Lanka to cooperate fully with them and to allow unmitigated access to families of the disappeared ensuring that there will be no reprisals against them.” the ITJP said.

“The failure on the part of the authorities to carry out a proper investigation into their subsequent disappearance is a further injustice as well as a personal tragedy. Under the Joinet/Orentlicher Principles to Combat Impunity, families and relatives have an imprescriptible right to the truth about the fate and whereabouts of their loved ones. There is also a corresponding obligation on the part of the State to initiate investigations and hold those responsible for the disappearances accountable.” ITJP further said.

The names of 110 people seen surrendering to the military on 18 May 2009 and disappeared; 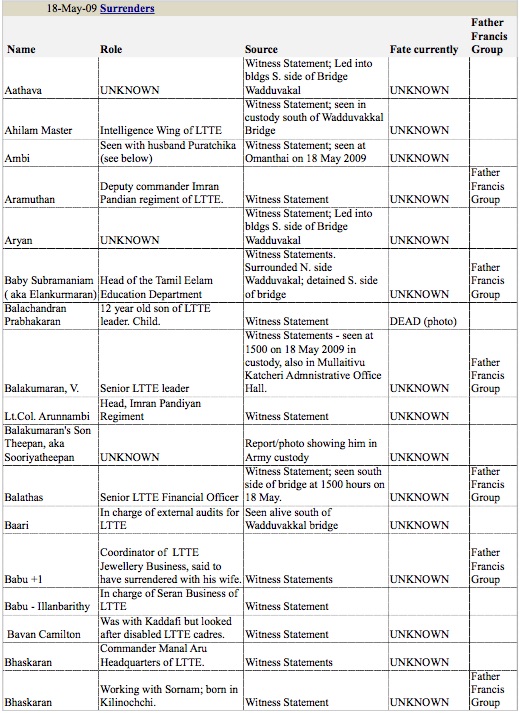 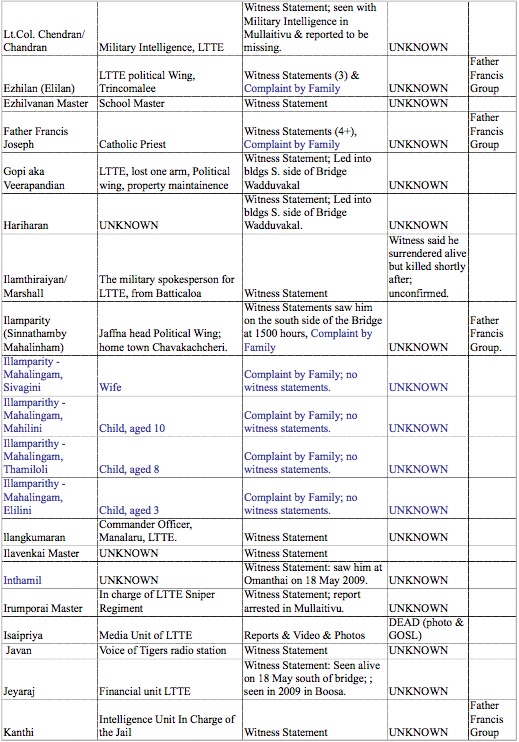 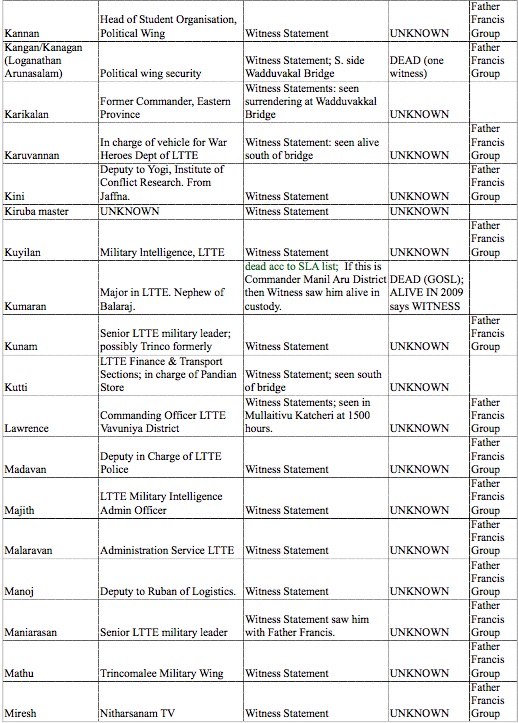 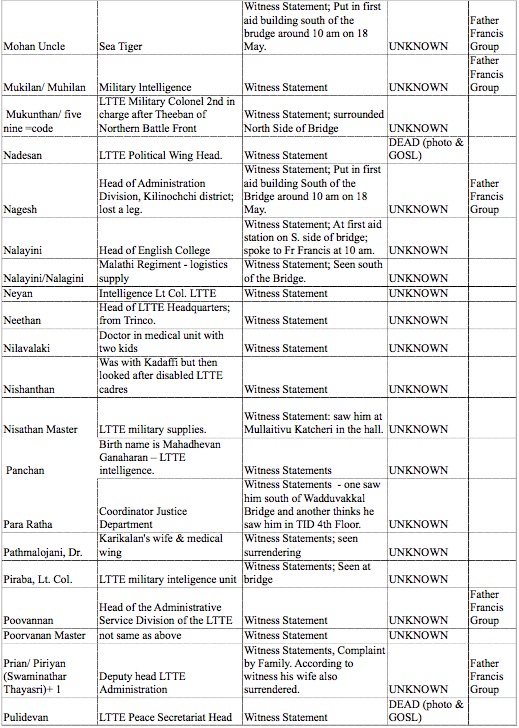 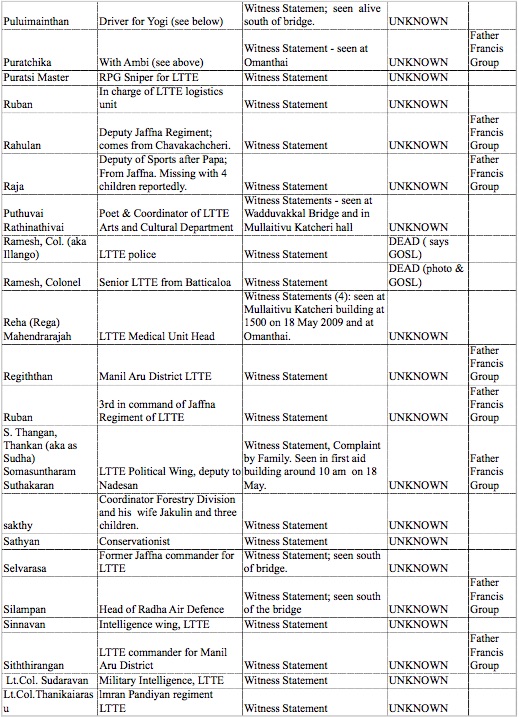 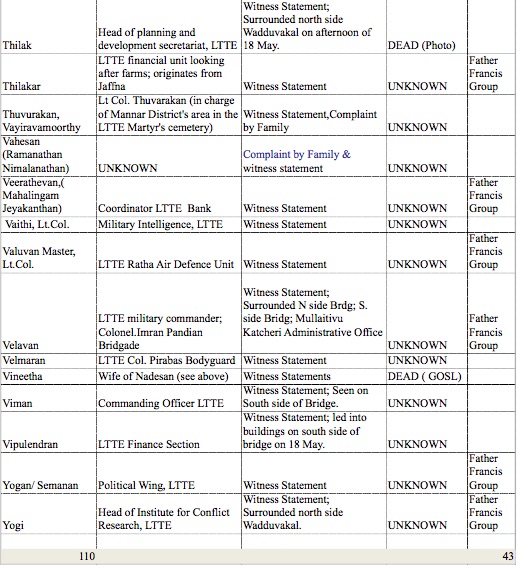