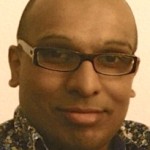 A video circulates in social media networks, featuring Dr Dayan Jayatilleka(hereinafter referred to as ‘the speaker’), a strong supporter of former President Mahinda Rajapaksa, delivering a speech in Sinhala at a pro-Rajapaksa public meeting. The speaker, it appears, actively supports the ‘bring back Mahinda’ movement. The speaker asks several questions that echo rather macho and derogatory views on two public figures, namely Ranil Wickremesinghe and Chandrika Bandaranaike.

In a rather cheap effort to amuse the gallery, the speaker asks the audience as to whom they would choose between Mahinda Rajapaksa and Ranil Wickremesinghe for a sibling or a paterfamilias. The answer from an audience composed of diehard Rajapaksa supporters is not difficult to guess. The above question is intertwined with the next one – whether the audience would prefer a ‘husband’ (swami purushaya) such as Ranil. The only logical inference is that the word ‘husband’ here implies a partner who is cisgender male and heterosexual, and that the question is targeted at cisgender heterosexual females in the audience, as the concept of equal marriage as such is nowhere near the pro-Rajapaksa faction’s political agenda.

Referring to Mrs Chandrika Bandaranaike (CB), the speaker also asks the audience if it would accept having a mother, a sister or a spouse like the former president. This again passes for a derogatory inference, reminiscent of Victor Ivan’s booklet of insults targeting CB, in which a great deal of effort is made to question CB’s morality and personal choices.

If someone indirectly, albeit persistently evokes a political opponent’s personal choices, lifestyles or associated rumours, does that not amount to overtly discriminatory and essentially undiplomatic behaviour? In this case, the reference to Ranil is homophobic, as evidenced in the question ‘would one want someone like Ranil for a husband?’ Asked with an unmistakably cynical smile on the speaker’s face, this question touches upon a popular perception of Ranil’s sexuality, something that conservative segments of the electorate perceives in a negative light and as worthy of insults. If the speaker took issue with Ranil’s pro-Western credentials, the 2002-2004 peace process, or leadership skills, such issues can be raised with concrete evidence and in a spirit of decent, sane political engagement. When critiquing Ranil as a politician, there is absolutely no need whatsoever to make any direct or indirect inference to Ranil’s sexuality or personal life.

As for the reference to CB, the speaker’s words only denote misogyny and disrespect.

Many observers, including this writer, take issue with CB’s manoeuvring of crucial policy issues under her presidency, which left gaps and inconsistencies that proved to have drastic impacts in subsequent years. However, such issues do not sanction anyone to insult the persona of CB, make pejorative comments about her personal life, lifestyle choices or any other matter that pertains to her personal sphere. If one so wishes, one can, with relative ease, find a cogent set of arguments to be critical of any aspect of CB’s policies during her tenure in office. Disagreements of her past policies or present political role do not entitle anyone to, directly or indirectly, speak about her in derogatory terms.

Developments in the last few days demonstrate a growing anger and restlessness among pro-Rajapaksa politicians, who express their anguish (and their ‘real’ approach to politics) in no uncertain terms, adding to impunity in the political and electoral spheres. The task at hand for pro-Rajapaksa intellectuals, if they aspire a Rajapaksa return, is to work towards reducing that sense of impunity, engaging with the pro-Rajapaksa rank-and-file and encouraging them to adopt a politically correct stance, inside the legislature, at public meetings, when interacting with the media and everywhere else.

Instead, the above video demonstrates how a well-educated and respected person, when to working with a group in which he is the exception, ends up acquiring elements regularly deployed by that group in garnering popular support.