The Sunday Leader journalist who researched the MiG deal had to leave the country after after being intimidated, according to a leaked cable from the US Embassy Colombo 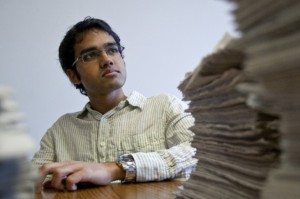 “In the overheated climate engendered by the officials’ comments, several journalists and members of media organizations expressed to Embassy officers heightened concerns for their personal safety. On May 26, Ruan Pethiyagoda of the Sunday Leader communicated to Emboffs that he was being followed and had gone into hiding. Pethiyagoda had received threats recently after Sri Lankan Government officials learned he was researching a story that involved allegations of corruption on the part of Defense SecretaryGotabaya Rajapaksa in large armed forces procurement transactions. Pethiyagoda worked closely with Lasantha Wickrematunge, editor of the Sunday Leader, who was slain in January 2009. As Pethiyagoda is an Australian dual national, Emboffs contacted an Australian High Commission officer about the case, who accompanied Pethiyagoda to the airport on May 27. He is now safely outside of Sri Lanka.” the US Embassy Colombo informed Washington.

The Colombo Telegraph found the related leaked cable from the WikiLeaks database dated June 05, 2009. The cable is classified as “CONFIDENTIAL” and written by the US embassy Charge d’Affaires James R. Moore.

US embassy Charge d’Affaires wrote; “Military affairs analyst Iqbal Athas ceased writing his regular column for the Sunday Times (Colombo) several months ago because of fears of reprisals. He had sought safe haven abroad on several previous occasions, but returned to Sri Lanka and lived in hiding. Athas became fearful after the attack on Poddala Jayantha, telling told Pol Chief that he was being followed by men on motorcycles. On June 2, Athas again fled abroad.

“The GSL’s victory has emboldened Sinhalese nationalists. As the most recent intemperate statements against journalists indicate, it appears that the Government intends to continue chauvinistic rhetoric it believes will maintain its support among this key constituency. Post expects the media will continue to feel threatened and inclined toward self-censorship. Newspapers such as the Daily Mirror that previously supported the political opposition in their editorial stance, have increasingly become echoes of the government-owned press. Even the outspoken Sunday Leader has muted it anti-government stance and has muted its crusading tone, shying away from the aggressive investigative journalism that was its hallmark. We expect that an increasing number of journalists will come to the Embassy and other foreign missions for support and protection. For many of them, there appear to be few viable alternatives to fleeing the country, at least temporarily. Those who return may find that the threat against them has not diminished, as Jayantha’s case shows.” James Moore further said.

Apology To Gotabaya By The Sunday Leader

A Trembling Gotabaya Appears Before FCID