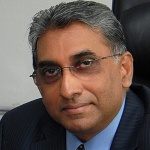 It is with some trepidation that I read the news item ‘Sri Lankan Government committed to Resettlement’ in the Daily News of Saturday, 06 June 2015. The news items contained the full text of speech made by Subinay Nandy, Resident Coordinator of the United Nations, Sri Lanka at the Donor Conference on the Comprehensive Policy Framework and Formulation of the Resettlement Action Plan held in Colombo on June 4.

Mr Nandy has confirmed a Peace Building fund of USD 3 mil to “establish and operationalize processes for building peach through reconciliation and accountability by addressing the critical core grievances of minorities in an inclusive and consultative manner”. Towards this end, he states the UN intends supporting GoSL in four key areas.

The third of the four key areas is “to provide technical support to the Northern Provincial Government to better plan and undertake development programs, generate revenue and reach out to communities, for consultation and feedback. This component is to be implemented by UNDP”.

It is not for the Resident Coordinator of the UNDP or as for that matter any foreign representative to use terminology not used in the country. To say the least, it is an irresponsible reference, especially in the current context. Such utterances can be construed by those still promoting ‘separatism’ as an endorsement by international organizations of their objectives. Similarly, such utterances can be used by radical elements in the majority community to promote their cry on ‘foreign interference’ (the writer hastens to add – at times justifiably and at times unjustifiably) thus causing unnecessary problems for the government.

Some critics are bound to compare ourselves with India and refer to India’s State Governments. It must be borne in mind that since independence, India has referred to their governing institutions as Central (Union) Government and State Governments. Such is not the case in Sri Lanka.

It is hoped that Mr Nandy will take cognizance of his faux pas and make suitable amends by correcting his omission. In the absence of such a correction, it is also hoped that our Ministry of Foreign Affairs will make its displeasure known to the relevant UNDP authorities in an appropriate manner.