A panel discussion on “Impending High Commissioner’s Report on Sri Lanka” was held on the 16th June 2015 in UNOG, Palais des Nations, Geneva. 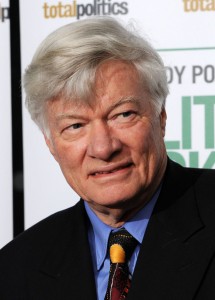 This event was organized by Ibn Sina, with partnership of Collectif la Paix au Sri Lanka, International Crime Prevention and Protection against Genocide (ICPPG) and the Transnational Government of Tamil Eelam (TGTE) at the UN Human Rights Council, Geneva.

The key speakers included Geoffrey Robertson QC an International Human Rights Barrister, Professor Ramu Manivannan from the University of Madras, with the session being moderated by Manicka Vasagar Minister of International Affairs TGTE.

The speakers raised some critical concerns about the Impending High Commissioner’s Report on Sri Lanka. The  Panelist were unanimous in raising questions about how the Sri Lankan state can deliver justice, when the government and its leadership itself has been accused of committing war crimes, crimes against humanity and genocide against the Tamils.

They also agreed that there is no fundamental change in the political and legal environment in Sri Lanka vis-a-vis the Tamils.

Geoffrey Robertson provided searching options of trial against Sri Lanka, such as referral to the ICC, Security Council based initiatives, hybrid mechanism and even sought an active role of the Secretary General.

It was emphasized by Prof Manivannan that an electoral change need not be construed as political transformation in Sri Lanka. If world governments see light in the regime change in Sri Lanka, then darkness of injustice in Sri Lanka cannot be eliminated by abandoning the well- meaning international processes for domestic investigations.

This panel discussion was followed by a Q&A session, attended by representatives from diplomatic missions and INGOs.