20th Amendment To The Constitution: Full Text Of Gazetted Bill

The Gazette notification on the 20th Amendment to the Constitution has been published now.

The 20A: Elections & Numbers 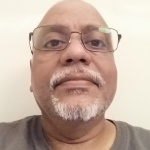 The current parliament has run its due course. The character of the next Parliament is likely to be different from the one from 2010. Everyone is talking about the 20A.

19A was an excellent starting point thanks to one simple remarkable Buddhist man now sitting as President.

People want to reform that electoral system. This Parliament has 225 members. After comparing the following numbersA shouldn’t we ask the leaders, is such a large number of MPs necessary if more powers are to be devolved to the provinces? This should give us an idea about different Assemblies in selected democracies. 225 seems plenty for Sri Lankan considering the extraordinary amount of State funds that go to support them and the massive benefits they accrue.

Name of Country, Pop and Number of Seats in the Parliament or Assembly…………….. READ ALL

20A not easily understood: PAFFREL

June 23 (CT) Polls monitors noted that the Gazetted 20th Amendment contained confusions and was not easily understood. Elections monitoring body, People’s Action for Free and Fair Elections (PAFFREL) observed that the work cut out for the Delimitation Commission, which was to reduce the number of electorates from 160 to 145, was a sensitive matter. From which district and from where in the district do we do the delimitation, Director of PAFFREL Rohana Hettiarachchi queried. more..

June 23 (Island) The Opposition Leader Nimal Siripala de Silva yesterday said that the Opposition would oppose an adjournment debate on electoral reforms today in Parliament and he had already objected to the proposal at the party leaders’ meeting yesterday morning. He told the media that the Leader of the House had yesterday informed the party leaders of an adjournment debate to be held today at the request of the govt. more..

June 23 (CT) The more controversies such as the proposed Twentieth Amendment (20A) bedevil the country’s political landscape, the better it’s for the Opposition and the worse it’s for the UNP. The reason behind this deduction is to do with inflows. When there aren’t inflows, the economy comes to a grinding halt. This is what has happened today. The reason behind inflows all but coming to a halt is the current, uncertain political situation in the country. This is more so applicable to foreign more..