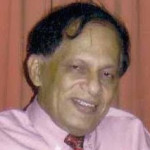 Political maize in Sri Lanka has further complicated after the dissolution of the Parliament without passing 20A which is a demand and a promise by Sirisena to the people agitated for a change. Whose decision was the snap elections and who runs the country is a mystery and known to few. Some say people now need a change for the changes made due to dissatisfaction and disappointment of the state of affairs today. Sirisena is in a dilemma sandwiched between UNP SLFP (m) SLFP(R) and other minority parties and may have realized that trying to satisfy all stake holders is impossible. Sirisena’s amazing and unexpected victory on 8th January 2015 and the sudden decision to call for snap elections on 17th of August 2015 has given no opportunity for any politician or a political party to amply plan for the future which is more advantageous to the UNP.

UNP wanted to avoid five no- confident motions against the PM FM and others and more importantly the COPE report in which central Bank Governor is accused of. Central Bank Governor Arjun Mahindran is accused of allowing his son in law to transect 10 billion bonds for 30 years with unusually high interest rates in unusual circumstances losing billions of the ordinary tax payer’s money. He may have accepted the bids as the Governor and may not be able to absolve from responsibilities of the transections of his own son in law, though Wickramsinghe vehemently defended him and even volunteered to make representation to COPE as the line minister leaving a serious and series of doubts as when the COPE committee appointed by the Parliament made adverse findings on this mega scam. Sudden dissolution of the Parliament and calling for early elections has placed the electorate Politicos and political parties in a dilemma.

Sirisena has created the impression of a simple unassuming personality but tough and hard on Rajapaksa who is gaining grounds in the political arena with popularity in the village and Nationalist populous. To his credit he has voluntarily tried to give up excessive power vested though constitutional blockage has not allowed him to be a modern William Goppalawa. He has restricted the period to one term and chose to lead the simpler life which is taken well with the electorate. But people will not take him serious with less power and period of tenure limited. UNP in power has not taken him and SLFP (m) group serious. Many SLFP ers are unhappy that they are side-lined and fear a future national government led by UNP. Lack of personality and inability for decision making and the inefficiency of him and the people around have given the electorate a bleak outlook and weak signals. He has not performed as a good health minister and the performances as a minister and a leader of the Nation and the party is average. The most wanted peace of legislation mooted by him as the Health Minister was lost in the hand of a leading government servant indicating that he has not been a good administrator. His excuse was no extra copy of the legislation was found which a lame excuse . His hidden talents and convincing oratory has helped him to win the short presidential campaign ended victoriously. “Lambogani” cars and the white horses imported from non-existing “Bakingham Palace of USA” may not be believed by the electorate any longer. Can he repeat the performances at the forthcoming election and whether it is believed by the electorate are matters to be decided by the electorate are to be seen? Can he morally support and lead the SLFP as the person who defeated the party and won by the majority UNP votes is the other dilemma of the SLFPers. Dissolution of the Parliament without the 20A passed has been a difficult decision for Sirisena who promised passage to pass 20A. To Sirisena’s credit he tried hard to get it passed but failed by exposing his week character and the inability to govern. The cry of” Hora Hora-thief thief” with no proof and bases has tarnished the image and undermined the credibility of those mooted a change who are now claiming a change for the changes which has not brought changes to the life of the electorate.

Rajapaksa to clarify doubts of the Polite declared that he would definitely contest as a Prime Ministerial candidate and take all endeavour with steps and precautions not to divide the party he led to victory until he lost to Sirisena by over four hundred thousand votes. Both 63 lacks of votes taken by Sirisena and 58 lacks votes of Rajapaksa are credits to both. Sirisen’s 63 mainly consist of UNP and the NE votes. Can Sirisena’s group sustain the same vote base at next polls is doubtful although Rajapaksa may hold on to his 58 and there are possibilities to increase on his performances after the defeated. He is extremely popular in the village, his vote base as the person liberated the Nation from terror of three decades infra- structure developments and the investments in many areas due to the stability and Peace coupled with his diplomacy skills with excellent oratory. News reported Sirisena is planning to handover the presidency of the SLFP to Kumaratunga the behind Rajapaksa’s fall end an arch enemy of Rajapaksa who is vehemently against giving Rajapaksa the Prime Ministerial candidature and threatening to come forward as a candidate at the general election. Rajapaksa left power graciously leaving Temple Trees early mooning and handing over the Chairmanship of the SLFP to Sirisena which is exemplary. Dudly Senanayaka,W Dhanayaka and Ranil Wickremesinghe were other leaders who left office graciously at the defeat. Rajapaksa’s declaration is a bomb shell and rejuvenated the Sri Lankans waiting for a change to the change they were dragged into putting all parties in action in dilemmas.

General Elections will be held in August under the old proportional and political party system allowing rich and powerful to play around with “Dog Fights” with the electorate and fight tooth and nail for preferential votes. As there is not internal democracy in any party dictatorship will complicate the nominations and leaderships of political parties in the political arena. UNP the party once scattered with internal conflicts and rifts have resolved their differences and look forward to capturing power at the polls. Whether people will be given an opportunity to unelectable Wickramasing on the recent performances are yet to be seen. It seems UNP is rejuvenated and look forward to be in power after two decades of isolation and wilderness. It is difficult to gauge the polarization of the electorate after the unfortunate division of ethnic groups in the North and East on rational basis. Tamils in the North and Muslims in the East will vote with the raciest parties on racial basis, and JHU and newly formed BJP too will canvass on racial basis leaving the rest of the electorate to Sirisena, Wickremesinghe and Rajapaksa who will be voted on political basis. Rajapaksa-Sirisena issue will divide SLFP unless it is settled amicable which is most unlikely. This will invariable result in UNP having the edge. Who wants to avoid this is difficult to gauge. Average SLFPer wants the party unity and victory for the Party that ruled over two decades to stability and led to development attracting investors. Wickramasing with the reputation of pro west has claimed to have acquired the knowledge from USA during the study tour which he claims to have put into practice for the fall of Rajapaksa.

Dilemmas of Raciest Parties and other Stake Holders

JHU is in a dilemma on which party they will alienate with at the coming general election. Though borne as an ultra-Sinhala Raciest Party they will not able to maintain the Sinhala Buddhist vote base after having cooperated with other Tamil Raciest Parties to oust the common enemy Rajapaksa now emerging as a common candidate of the average polite now repenting for voting out for a change. Emergence of the powerful BJP – another Sinhala Buddhist Raciest party will be an imminent threat to JHU. Apparently now they want an immediate change for the sudden and unexpected changes made. Credibility of Rev Ratana and Rev Sobitha as Sinhala Buddhist community leaders have completely washed away after their common activism to oust the common enemy Rakapaksa (the hero who gave life to the Nation and the peoples by ending 30 year war on terror) with Raciest and minority parties including JVP, TNA, SLMC and minority parties acting with common intention and an agenda mainly oust Rajapaksa. TNA and SLMC is stable and static with their policies and the vote are base getting ready for their demands whereas Rishad Bathurdeeen, Fizer Musthapa, and Digambaran likes are with Sirisena whose strategy has still not exposed. Sirisena’s move to appoint Kumaranatunga as president of the SLFP–the arch enemy of Rajapaksa will make drastic changes in the politics of vengeance with the hard lining attitude of Kumaranatunga against the common enemy Rajapaksa. Sirisena is genuinely grateful for UNP for his victory and the analysts say around 40 lacks of votes out of 63 may be from the UNP whereas around 5 lacks of SLFPers and the rest are voters voted for a change. Ironically Sirisena is the President of the SLFP with majority power and members on ground and parliament is commanded by Rajapaksa. Secretaries Yapa and Premajayanth are under threat by SB Dissanayaka, Rajitha, and Champika waiting to capture SLFP which are dilemmas of all parties and individua

Rajapaksa’s announcement led to dilemmas to all parties concerned. Wickramasinghe has regained with confidence after two decades of suffering and isolation by repeated defeats claiming to have learnt and mastered the operation ousting strategy Rajapaksa during recent studies and discussions in the USA. Rajapaksa. Countries such as Iraqi, Syria, Libya, and some Eastern European countries once most developed economically are now in ruins after following strategies and interventions of USA. Many Middle Eastern countries are now under “ISIS” – the most powerful and richest terrorist organisation ruling major parts of territories killing civilians at random and mass scale where USA have no control and threatening the west as a whole – thanks to the interventions and strategies of USA on “Regime Changes”. Are we victims of the same game is a matter that will emerge in the near future. Wickramasingha’s statement has put the cat out of the bag which speaks thousands of words and hidden meanings on the current intentional political maize.

Common man is far more intelligent and politically matured than so called intelligent and educated polite lacking is common sense and common knowledge. Sri Lankan voter have always taken correct decisions including 8th January by ousting Rajapaksa and the clan for drifting away from the common man and common political sense. Now Rajapaksa is suffering alone for the sins committed by the clan and those close to him by putting him in a shell. People are still grateful to him for giving the Nation and the subjects’ life to rid the war of thirty years that has shattered and ruined the Nation and human lives. He brought stability, peace and rapid development on infra structure and investments with his diplomatic skills personality and friendly nature. He has suffered the maximum during the last 150 days which is ample punishment to make him correct and come back to the tract again with changes, new thinking and strategies. If Wickramasinge who betrayed the Nation by signing the agreement with Prabakran to divide the country and If Rev Sobith – the ultra-Sinhala Raciest leader of “Mawbims Surakema Wiyapaarya” took a 360 turn with the Tamil Raciest parties against the common enemy Rakapaksa, why cannot Rajapaksa revert back to the same Rajapaksa – the common man’s idol- with a short lapse of mistakes due to the association of few unwanted characters who have now left him for personal benefits.