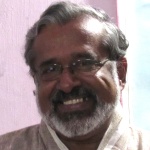 There has been so much in press about Mahinda Rajapaksa contesting the election or not? Little is being discussed on its implication to the political governance of the country. History has many lessons to all even to those who wish to re write history, rules apply.

Simple rule of life suggest ‘never contest for a lower position’ if you lose you lose the recognition for the former position.

Another simple rule suggests ‘one on the hand is worth two in the bush’, you may lose it all

Another rule says ‘do not put all eggs in one basket’. You may lose it all.

MR has to know all these before he really decides to make his bid for the election, and I am not sure that he does.

The moment he submits his nomination he is no more the ‘Past President’ in terms of recognition for benefits and he would tend to lose all the benefits given to the past president, very similar to pensions benefits, when reemployed lose it all. It would be very unethical to be holding the benefits of the former President of Sri Lanka and contest for the parliament election. Once these benefits are removed they could not be granted even if he wins or lose the election.

If MR is going to be at any electorate under any tag he will have to win the majority of votes in the district and also with a large majority and if doe not then he would lose all the ‘claims’ he and his clans are making at present. If he lose or wins marginally then he buries himself and all those with him for a long time. It is always easier to say many things from the opposition or gallery but being in the ring is entirely another game.

The culture MR had invented and practiced very well is to induce the opponents to change colors and they have learnt it well and all of them are calculating at present. How any or many of them would switch sides is still a mystery but they all want to be with the power. The only assured power at the moment is Maithripala Sirisena, the President.

The only reason I could think why he wants to contest is to be in power to protect himself and all those who had been with him and are being investigated or would be investigated for various malpractices in the country. But what MR does not realize is that the people want them to be investigated, the rationale behind the results of the January 8, 2015. It is perhaps MR saw the return of Putin (Russia) to power and may be hoping for such a trend. Given the climate in the country it seems very unlucky, but may be the ‘horoscope’ says otherwise. The fact that the UPFA had lost numbers of votes even in the southern electorates at the Presidential election from previous years was an indication of the trend of the voters confidence. Given the period under MS it should be very important to judge whether this has increased or decreased. This cannot be judged by the crowds at the rallies but the perception of people, which led to voting pattern on January 8,2015.

If MR wants to really serve the people of the country why cannot he serve being a citizen? All what he had been doing after January 8, 2015 has been to criticize the MS governance. Could all those who wish to serve the country become members of Parliament or the President?

It has become a MYTH in this country that once elected to the parliament they retain the right to be in parliament until death. The further elections are endorsement of the first election and it is why there are so many election violations as the ‘already’ elected members consider that the others are trying to take over their ‘rightful’ positions.

It is in the developing countries that we have the sentiments of this family allegiance, than to the party of the country. May be the spillover from the aristocracy, which needs to be slowly removed from the system. We seek from the west many aspects for development but never ask the correct ones. Perhaps the ABSENCE of FAMILY TREND is politics is one that we may need to learn from them so the allegiance is to the party and country at large away from personalities and families.

Arising from the above argument is ‘WHY SHOULD ANYONE BE IN PARLIAMENT OR PRESIDENCY for MAOR THAN TWO PERIODS IN TOTO’ which should apply to the President too. Don’t we have any other people capable, willing from the 1.5 million voters in the country. Given the fact that all countries which had long standing ‘rulers’ have ended as military states or failed states under ‘dictatorship’.

MARCH 12 formulation should also take into consideration this aspect and pronounce, LET US VOTE ONLY FOR THOSE WHO HAVE NOT BEEN IN PARLIAMENT FOR TWO PERIODS. THIS IS THE ONLY WAY WE COULD MAKE A SIGNIFICANT CHANGE IN THE POLITICAL GOVERNANCE OF THE COUNTRY.