Warning & Disclaimer: This article may cause increased blood pressure, increased adrenaline rush, and tooth grinding and tantalization to type in filth in the comment section, to those who identify themselves based on their ethnicity and not as an individual. They are kindly advised not to proceed below this line.

It was in 1991. I don’t remember the month or the day. I was just 5 years old then. In the morning about 7.00 am, shells started to land in our village from the Palali Military Base, with the distant gun fire sound. It was a routine pre-emptive attack by the Sri Lanka army. My mother was going to uncle’s home, just to check whether they were moving away. Their home was just 100m from ours. I followed mother. I felt the bullets whizzing off my head for the first time in my life. Then I fell down. It took me some time to feel the pain in my thigh. Initially my mother could not figure it out why I scream at all. She had thought that I just fell down and injured myself. But when she saw the blood streaming from my thigh, she immediately understood that I got injured from the firing. Then things happened very fast, one of my relatives took me to Acthuvely hospital on his cycle holding myself on his shoulder. 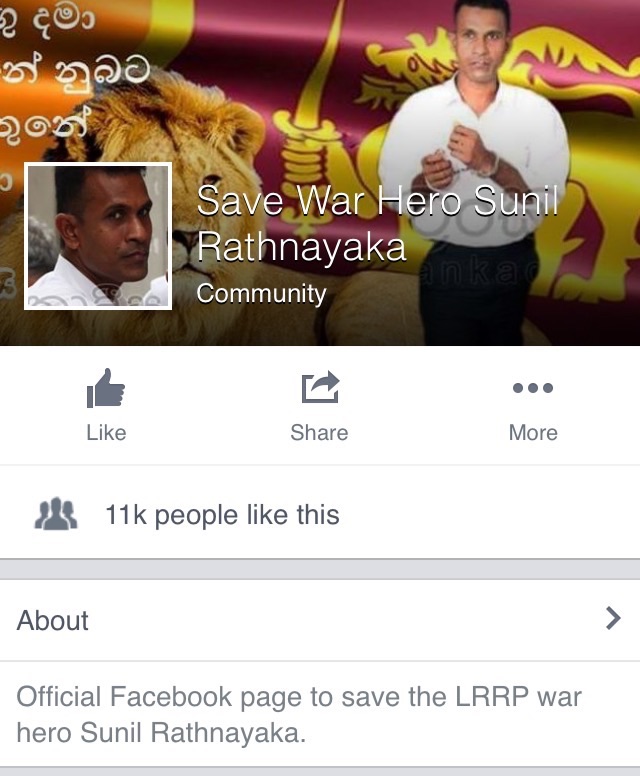 The bullet which struck my thigh did not exit. It stayed inside. The doctors could not spend time to further investigate my wound as the hospital was being flooded with more civilian casualties. The hospital staff though I was injured by a shell splinter and dressed the wound, not knowing that the bullet was inside. Since I kept on screaming, my mother decided to take me to Jaffna hospital. The journey was an unforgettable one in my life. It was on a bicycle, since there was no ambulance, not even any motorized vehicle. It took three hours and It took another two days to the Jaffna Hospital operate my wound and remove the bullet.

This story is quite a normal incident in a war zone, especially in the North and East of Sri Lanka during the period of armed conflict, and this is not the main story I wanted to tell my readers. It is about the evening news broadcasted on Sri Lanka Broadcasting Corporation [SLBC], on the day I got injured. The evening news broadcast of the state media said that a large number of terrorists killed and nearly same number of terrorists were wounded in a pre-emptive attack carried out by the security forces. But the reality was the opposite. The few LTTE cadres who were in the forward defence line had fled the scene at the very beginning of the attack. This was the practice of the LTTE in the early years of 1990s, a time the organization was more of a guerrilla outfit. It never tried to hold the territory losing its limited resources, and it knew that the Sri Lanka army would withdraw in couple of days back to their previous lines, if not on the same day.

However the state media plainly told that a large number of LTTE cadres had died in the attack. It just cited the security forces spokesman, and it never mentioned about the large number of civilian casualties of the same attack. And I don’t think never ever during the thirty years of this armed conflict that state media had disclosed any civilian casualty in the north caused by the security forces, while extensive coverage given to the atrocities of the LTTE. For the state media and even for the Sinhala language based popular private media, whoever killed in an attack by the security forces is a terrorist, no matter whether it is a male, female , child or even an infant. On the day, a bullet from a gun belonged to Sri Lanka army wounded me, I simply became a terrorist, despite the fact that I was just five years old, and I couldn’t carry a gun and I didn’t pose any threat to the sovereignty and territorial integrity of Democratic Socialist Republic of Sri Lanka.

This is how most of the Tamils in this country became terrorists. In fact, one does not need to involve in an act against the state to become a terrorist. Your race and religion itself is enough to be, in better words, to be called a terrorist and be punished. Most of those ‘ Tamil terrorists’ were killed or were wounded had the same story of mine, and I am sure that no one of my sinhala brothers and sisters would be interested to hear it, since they too believe that whoever their ‘War Heroes’ killed or wounded is a terrorist, except those two school children and the young man killed in Weliweriya in August 2013. They have been told, and are being told by the state that the war was conducted with zero civilian casualties. But the state didn’t tell them that it has simply assumed that whoever killed by the security forces was a terrorist and that’s how it arrived at the conclusion of “Zero Civilian Casualty”. Strangely the same State calls the former LTTE leaders who are directly implicated with the crimes against the Sinhala civilians such as Aranthalawa massacres and the killings of surrendered 600 police personnel, the democratic leaders of Tamil people, even though they are not democratically elected by the Tamils. They are namely, Vinayagamoorthy Muralitharan a.k.a Karuna Amman, Sivanesathurai Chandrakanthan a.k.a Pilliyan and Kumaran Pathmanathan a.k.a KP. They are another wonder of Sri Lanka, the terrorists turned angels for the majoritarian society.

Let’s look at the other side. I want to draw your attention to the case of eight Tamil civilians massacred by Sri Lanka Army. Initially fourteen army personnel were remanded and then only five were charged and now only one of them, former staff sergeant R.M.Sunil Ratnayake was found guilty of massacring eight civilians including three teenagers and one five year old child. The surprising aspect of this verdict is that the court of law has decided that it is possible for a single man to detain torture and massacre eight civilians at a particular point of time, without the support of any other individuals. I leave this point to the common sense of the reader.

Again the story I wanted to highlight about this verdict is not the massacres. It is about “OUR WAR HERO” Sunil Ratnayake. Already there are several pages created in facebook to ‘ Save Sunil Ratnayake’. To be called as a War Hero, this former Staff Sergeant of Gajaba Regiment has not done any heroic act to save his country or the people for whom he fought for. The Sinhala speaking people of Sri Lanka has been told again and again, from the beginning of the ethnic conflict, that the war was against the terrorists, then gradually all the Tamils were branded as terrorists. In fact, this technique is just a replica of the Nazi method used to brainwash the German people that the Jews were subhuman, who were conspiring with the Bolsheviks to bring down Germany, and like the Nazi Germany, the technique was quite successful in Sri Lanka.

The collective Sinhala ethnic conscience has continuously failed to realize that not all the ‘Tamil Terrorists’ killed, wounded, forced to disappear, or sexually assaulted are not a terrorist who posed a threat to the national security and sovereignty . One such example is myself, whom the state declared a terrorist, when got wounded at the age of five. One may say this is just a collateral damage, an exception in the way the state treated the Tamils. No! This has been the norm and this is the norm. Suppose the state and the majoritarian media has informed the Sinhala society that all the Tamils are not a threat to the sovereignty, Sunil Ratnayake would NOT have become a ‘Hero’. At this point it is necessary to ask another question? Given Sunil Ratnayake has slited the throat of a Sinhala child, would he be praised in the same way?

When I asked these questions to a Sinhala friend of mine, he smiled and told. “My dear Friend, You live in a society which considers eating beef is a sin and it is more of a heinous crime, whereas serving fish curry in an alms giving is completely acceptable. You can’t ask people why they do certain things or why they don’t do certain things. They are just behaving in the way they were trained to behave.’