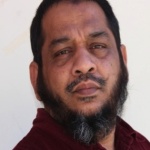 A sense of deja-vu is gripping the resplendent island of Sri Lanka. It’s the eve of another General Election, the many held every five years in the island nation with a nascent democracy. Campaigning is at its peak, so is the level of violence. All projections indicate to one inevitable conclusion. A United National Party led alliance win. It won’t be that monumental landslide of 1977 under JR Jayewardene but good enough to form a government according to latest polls.

A Ranil led government seems just hours away. This portends good for the country and to its overhaul health. Recently master-blaster cricketer turned politician Sanath Jayasuriya handed over a cricket bat to one of the candidates in Southern Sri Lanka just after his now infamous pole-vault. It would have been more appropriate if it was presented to the UNP leaderRanil Wickremesinghe. He surely may need more bats to deliver on the many promises he had made thus far. The nation knows that he will deliver on all his promises and lets wish him well.

Mr Wickremesinghe, you can take guard and get ready to play a long innings while the nation goes through the motions. You have finally got the opportunity to play that much awaited yet deprived innings. People of Sri Lanka had waited long enough to see you in action. The time has arrived and you’re welcome to summon all skills necessary for a glorious knock. Take your time, strategize well and bat with a straight bat. Dispatch the red cherry to all parts of the ground with elegance. Drive ‘em, hook ‘em, loft ‘em, glide ‘em and sweep ‘em with good timing you’re known for. Play the game best way you know fit.

Ignore the ovation and overlook the accolades. You have a mission to accomplish, no one needs to spell it out for you. The environment is dire, your indispensability palpable. Acknowledge your role and extend the required leadership. Remember you won’t go far sans support from your fellow legislators. You need them. Don’t repeat the mistakes of those who got totally and completely intoxicated when they held the chair. Inspire your team and instill in them true values and deliver to the innocent, wearied and abundantly cheated people true dividends of post-war Sri Lanka. They need it, they badly need it. You look good, get cracking. The nation is behind you.

Mr Wickremesinghe, nothing works without the proper functioning of the rule of law and the justice system. This is so fundamental. The sound functioning of the rule of law in Sri Lanka had witnessed a threatening decline. People were murdered, children lost fathers and fathers lost children. Loved ones huddled to coffins and sobbing incessantly, Cost of living got astronomical by the day, colossal sums syphoned, wasted and simply abused. Mismanagement and ill-legal profiteering was rife. The middle class got hammered mercilessly. You’ve now got the opportunity to put things right. Bring the criminals to justice, if you don’t people will not be happy.

American philosopher, author and public intellectual Cornel West once said “Never forget that justice is what love looks like in public” This is not idealism but a fundamental attendant of a government that claims to be elected by the people and works for the people. Benjamin Franklin one of the Founding Fathers of the United States said “Justice will not be served until those who are unaffected are as outraged as those who are” Mr Wickremesinghe you have to get to the forefront to put things straight.

Making Sri Lanka great once again should certainly start from taking inspiration from these profound words. A society cannot and will not prosper until and unless an appreciable justice system permeates and percolates to the very bottom. Robert F Kennedy once said the following “Few will have the greatness to bend history itself, but each of us can work to change a small portion of events. It is from numberless diverse acts of courage and belief that human history is shaped. Each time a man stands up for an ideal, or acts to improve the lot of others, or strikes out against injustice, he sends forth a tiny ripple of hope, and crossing each other from a million different centers of energy and daring those ripples build a current which can sweep down the mightiest walls of oppression and resistance.”

Mr Wickremesinghe, contemporary history of Sri Lanka is grotesquely and conspicuously riddled with many disappointments and disasters. Educated members of parliament along with their GCE Ordinary Level qualified counterparts have all behaved in the same manner. They had collectively failed Sri Lanka. I still cannot comprehend how they could have raised their hands to a draconian piece of legislation that came by way of the 18th amendment to the constitution. There wasn’t a single sane voice from the government that opposed this pernicious piece of legislation. The so called PhDs were an egregious catastrophe. To see the same lot vying again to get re-elected is indeed an affront on the people. Do ensure that representatives of people conduct themselves well and work for the people indefatigably, after all they are nothing but servants of the people.

Mr Wickremesinghe, racism and all forms communalism must be constitutionally banned. Today the situation has deteriorated to such an extent that it affords an excellent strategic leverage to politicians and political parties to position themselves in the minds of their constituents. The masses are adversely affected by their rabid political rhetoric, social cohesion is rendered asunder; Mahinda Rajapaksa did make it a fine craft. He mentally tortured the Muslims for a good time period courtesy of the BBS and its erstwhile thugs. This kind of nonsense must come to an end sooner than later. You have to ensure that justice is served indiscriminately and without fear or favor.

Mr Wickremesinghe, do get the involvement of all parties to root out communalism from the land. I am befuddled to see even respected individuals of the caliber of Champika Ranawaka joining the band wagon earlier on, spewing copious amounts of anti-muslim venom. He may have experienced nightmares about ill-founded demographic revelations of Muslims breeding disproportionately.

He also could have experienced visions of chivalrous muslim warriors galloping on well pedigreed, black stallions, brandishing sharpened rapiers and proselytizing Buddhists in their thousands. Surely we should strive to eschew such stupidity at all cost. This kind of nonsense involving parochial political opportunism should go down in history as criminal.

Mr Wickremesinghe, every Sri Lankan deserves a good education and education must become freely accessible. It’s certainly a well-educated nation that can aspire for greater excellence. The nation should allocate liberal sums to make this a reality. Former Prime Minister of Singapore once said “After trying out a number of ways to reduce inequalities and failing, I was gradually forced to conclude that the decisive factors were the people, their natural abilities, education and training. Knowledge and the possession of technology were vital for the creation of wealth.” Wealth creation does not work in isolation, it has to be well conceived, adapted and linked to the needs of the nation.

Mr Wickremesinghe, you know best that an open economy is the best for Sri Lanka. We cannot go back to the pre-1977 era. The market-oriented economy was introduced by the UNP and the economy took off. If not for the free economy the current economy would have been in the doldrums vis a vis shocks it had to endure in the last ten years. Let’s also not forget that it’s the incumbent duty of the government to protect every economic asset whether belonging to the state or private individuals. Never try to play God by trying to pre-determine who should be involved in a particular industry and who shouldn’t. A level playing field for all Sri Lankans is true equity.

Mr Wickremesinghe, finally the freedom to practice ones religion is such a crucial issue. This is a fundamental right in any functioning democracy. It’s so basic that it’s sacrosanct, yet minorities have had many challenges in the last ten years. Their places of worship wantonly vandalized and desecrated, worshippers killed and horrifically wounded. We’re confident that your legacy will not be tarnished by such silly notoriety, not even remotely.

Our good wishes to you in advance.