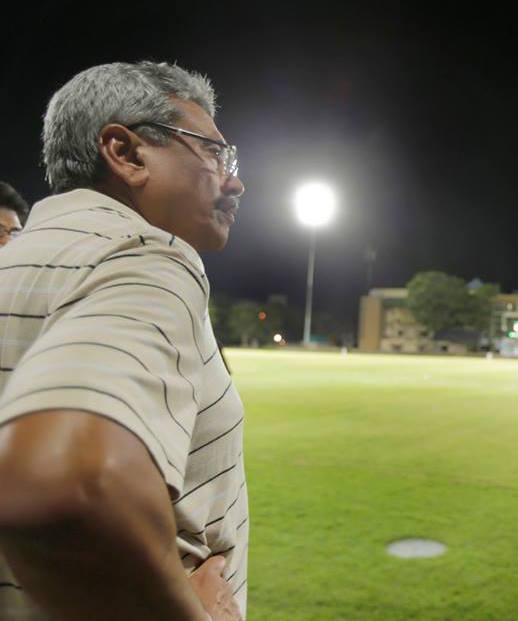 According to a group of ruggerites who were part of ‘Rajapaksa prince’ Yoshitha Rajapaksa’s entourage on the night of Thajudeen’s death – following a heated exchange of words between the two, an angry Yoshitha had met Gotabaya Rajapksa in person later that night and demanded for ‘Thajudeen to be done away with’.

At this point, Yoshitha had been egged on by several other players of the Navy rugby team who had urged him to ensure Thajudeen’s removal, pointing out he had always ‘disrespected’ the Rajapaksa brothers.

Sources claim the ‘Rajapaksa princes’ attempted to recruit Thajudeen to the Navy team on several occasions, but they had been repeatedly turned down by him who had always made it very clear that he does not wish to maintain any engagements with the Rajapaksas.

Former president Mahinda Rajapaksa on August 09th denied his son Yoshitha was involved in the alleged murder of Thajudeen. He said a future UPFA government would conduct an impartial probe into the alleged killing of Thajudeen if the party comes to power at the parliamentary polls. Cabinet Spokesman Minister Rajitha Senaratne said that investigations have unearthed the involvement of three Presidential Security Division (PSD) personnel who served during Rajapaksa’s time in the incident.

Thajudeen is believed to have been abducted in a defender jeep bearing the number plate WP – KA 0642 belong to the Red Cross Society of Sri Lanka at the time had been “gifted” to the Siriliya Foundation of former First Lady Shiranthi Rajapaksa.

Last week the Sri Lanka Red Cross Society said; “We would like to inform the public that Sri Lanka Red Cross Society is unaware of the activities and maintenance of this vehicle from the period of August 2011 to until the time the vehicle was retrieved in this year as it was entrusted to the Siriliya Saviya Foundation. On 30th June 2015, the Criminal Investigation Department (CID) requested our President and our Director General to provide statements on the change of color of the said vehicle, to which both has provided all information known, to the authorities. The vehicle is now in the procession of the Criminal Investigation Department.”