“The priority is Police Stations for many areas and the Government is keen in establishing them.” However, the Governor said that there is concern about the drug and high consumption of alcohol trend in the North and that they have taken measures to close down illegal wine stores; those that are operating in places that they are not supposed to be located.

“There are 34 wine stores identified which are not supposed to be in those locations.

The Surveyor General has been called upon to measure and identify the distances where the wine stores are located. According to the rules wine stores should not be located close to religious places and schools, the Governor said.

He said compared to other districts in the North, Jaffna has been identified as worst hit with drugs and alcohol.
In addition to the new Police Stations, a new jetty and medical facilities, including lab facilities for the hospitals in those islands will also be introduced, the Governor said. 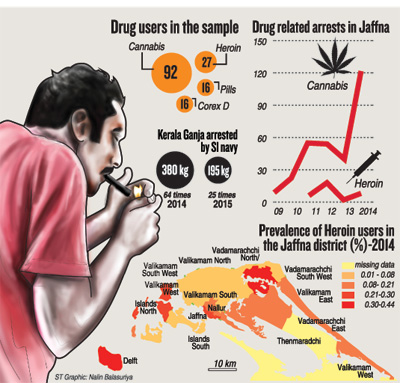