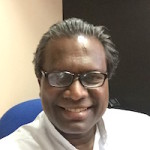 The release of the long awaited Paranagama Commission Report, officially known as the Presidential Commission to Investigate into Complaints Regarding Missing Persons that was established in 2013, has now come into sharp focus, because both the UN and the world at large has been stuck with the conclusions of the Darusman Report, (officially known as the Report of the Secretary-General’s Panel of Experts on Accountability in Sri Lanka), released in 2011, namely, that up to 40,000 civilians have been killed by the army in the final phase of the conflict.

In the wake of a global civil society outcry on possible genocide in Sri Lanka, the 47-member UN Human Rights Council adopted a resolution in March 2014, which requested the Office of the High Commissioner (OHCR) to undertake a comprehensive investigation into alleged serious violations and abuses of human rights and related crimes by both parties in Sri Lanka during the last phase of the armed conflict. An expert panel was set up by the UN in late June 2014 and OHCHR was to present a comprehensive report on its findings by March 2015.

In response to this, the Government of Sri Lanka, on the 15th of July 2014, issued a second mandate to the Paranagama Commission, that obligated the Commission to inquire into the facts and circumstances that resulted in the principle loss of civilian life in the final stages of the conflict in Sri Lanka and to issue a report on or before the 15th of August 2015.

After all, the unverified death toll figure of 40,000 or more has led reasonable people all round the world, to conclude that the Sri Lankan army acted in a way that failed to observe the laws and customs of war.  The term “a genocidal army” stems from here. 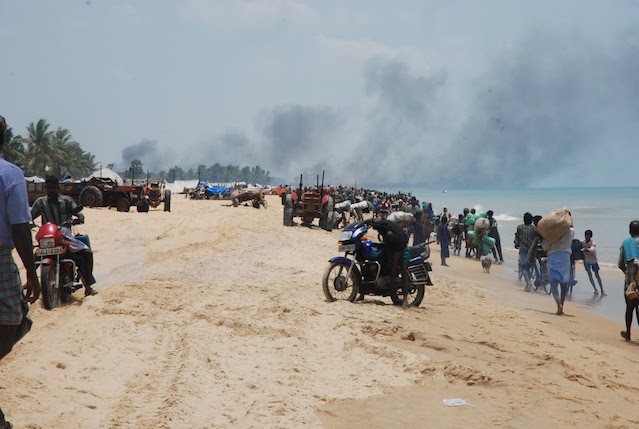 Therefore, in order to come to the conclusion of how many civilians were killed, the UN must satisfy, as to who was a civilian in those circumstances. The UN needs to carefully consider the role of the Tamil civilians in this conflict, including the children who were forcibly conscripted. If a civilian joins the LTTE, and becomes part of the LTTE war machine, then they have to be properly classed as a combatant. The issue is further compounded by the fact that some of the Tamil civilians were forcibly conscripted whilst others volunteered freely to take up arms and they were engaged in combat in civilian clothes. According to reports, many of these civilians who were in the front line as LTTE combatants were killed.

To get any definitive answer on the question of the exact civilian death toll, it is important to determine to what extent did the civilians go voluntarily with the LTTE or by force?   At the moment the world has only got the Darusman conclusions.   It is important to know what conclusions the Paranagama Commission has come to, as they have been specifically asked to answer this question. Thus, in order to determine whether there is any truth to the allegations made in the UN Darusman report, the immediate release of the Paranagama Commission’s conclusions on the second mandate is vital.   Considering that it received its legal advice from some of the foremost international practitioners who have helped to shape international law in the course of their duties, the contents of this report are hugely important not just for Sri Lanka, but the international community as a whole, who have got to view the conduct of the Sri Lankan army and decide on the extent of guilt in order to impose punishment that is appropriate to the crime, if indeed one has been committed. The fact that the former Rajapaksa regime rejected the Darsuman Report and did not cooperate with the UN during the inquiry, forced the Darusman panel to rely exclusively on unverified information that was provided to them by the Tamil diaspora funded NGO groups.

The former Government failed to make any credible response to the complaints made in Geneva at the inception, and then finally, it was only at the behest of the Chairman of the Paranagama Commission, who needed assistance with regard to international humanitarian law, international human rights law, and customary international law, an advisory council of international legal and military experts came to be appointed on the 15th of July 2014.

Thus both the authors of the Darusman Report and the UN should welcome the credible analysis of the events by these experts, as that would enable them to arrive, finally at the truth. After all, Sir Desmond De Silva Q.C. and Professor David Crane, were both chief prosecutors of an international criminal tribunal.   They were both picked personally by the Secretary General of the United Nations to discharge those roles.   In that role, they were both appointed at a level of an Under Secretary General of the United Nations.

Sir Geoffrey Nice Q.C. was the lead prosecutor in the case against Slobodan Milošević, the former President of Yugoslavia.  In fact, all three of them, have each prosecuted a head of state.  Sir Desmond prosecuted the former President of Liberia,  Charles Taylor, and had him arrested  and prosecuted for war crimes, for which he is now serving 50 years in prison.  Professor David Crane, who was Sir Desmond’s predecessor of the UN sponsored court, drew up the indictment against Charles Taylor.

It is unfortunate that due to the animosity towards Rajapaksa regime, appointment of these experts with impeccable international reputations, who are independent professionals, have been wrongfully and unjustly maligned. Politically motivated attacks on Sir Desmond de Silva in the Sri Lankan Parliament and in the national press in Colombo were seen as attempts to undermine the Paranagama report and prevent it from being submitted to the UN.

In a petition that was recently sent to the President, signed by some prominent as well as controversial civil society personalities in Colombo, called upon the President to rescind Sir Desmond’s appointment and to disband the advisory council to the Paranagama Commission.

A study of that petition would reveal that when the petitioners lobbied to rescind Sir Desmond’s appointment, it was based upon the allegation that his conduct in his role as a adviser to the Government of Sri Lanka was being examined by the Bar Standards Board in England.

The petition concealed the name of the complainant. Research done by this writer, has revealed that the complainant was none other than the Sri Lanka Campaign for Peace and Justice, set up in the aftermath of the LTTE defeat in May 2009. The stated objectives of some of its advisers is a separate state.

Most intriguingly, it turns out, that on the advisory panel of this campaigning NGO, sits Ms. Yasmin Sooka! She was on the Darusman panel that made these unsubstantiated findings against the Sri Lankan army. She too would have a clear interest in seeking to preserve the Darusman conclusions from being challenged.  Of course, if the 40,000 civilian deaths figure, advanced by Darusman turns out to be untrue, one of the principal allegations against the Sri Lankan army, ‘genocidal army”, drops away.

It appears that Yasmin Sooka and the Tamil Parliamentarian M.A. Sumanthiran, who is leading the campaign against Sir Desmond, is afraid that the release of the Paranagama Report would seriously hurt the Darusman “genocide” narrative which helps to justify the call for establishing a separate Tamil state in the North. Therefore, it is manifestly obvious, that sinister attempts are afoot to keep the unverified Darusman conclusions in place and undisturbed.

It is astonishing that an independent UN panelist is a member of a campaigning NGO. In 2013, Yasmin Sooka and M.A. Sumanthiran MP both appeared at a meeting organized in the House of Commons in London by the Global Tamil Forum, where she spoke and was welcomed as “comrade Sooka”.

Is all of this purely coincidental?   Or part of an elaborate scheme to discredit the advisory panel of the Paranagama report in advance and preserve the Darusmann narrative that helps to justify a separation between the communities? We Sri Lankans want closure on this issue by arriving at the truth. Vested interests should not be allowed to prevent the truth from coming out.

Clearly, we expect the Paranagama Report that has received inputs from international experts to call a spade a spade, and hold the Government and the LTTE accountable impartially, and state the facts and debunk fiction, so that the international community and us Sri Lankans can come to the correct conclusions about the last phase of the conflict.

Those pushing the unsubstantiated claims of 40,000 civilian deaths in the Darusman report to keep the Tamil diaspora enraged against Sri Lanka, and those in denial about civilian deaths, holding on to ridiculous “zero” civilian death figures may well be disappointed by the Paranagama report. If indeed the report is prepared impartially.

We hope that both Mr. Sumanthiran and Ms Sooka, and the civil society personalities who signed the petition, pluck up enough courage to have an open mind and display sincerity in their intentions when they say they want to get to the bottom of this issue of civilian casualties during the last phase of the war.

We as citizens, irrespective of our ethnicity, need closure on this subject by getting to the truth of the matter, so that we can either feel totally outraged or somewhat reflective to adjust our outrage, if indeed the claims that riled us up were not exactly what we thought them to be.

It would be a historic injustice to our country, if the truth was suppressed and we were misled by exaggerations and untruths. Thus the international community has a moral duty to give the Sri Lankan community a chance to discover the truth and the time and space to reflect on that, and help us in our reconciliation. Let’s hope the Paranagama Report does not also not suffer the same fate as the Sansoni Commission report.

However unpalatable the Paranagama report might turn out to be, when we eventually get to read its contents, we expect the truth and not fiction. Equally we need accountability, regardless of whether justice is going to be retributive or restorative in the way it gets dispensed.