There are 63 new entrants to Parliament this year, among whom is Shanthi Sriskandarajah, a knee-down amputee of a leg, a National List MP of the Tamil National Alliance (TNA). She, along with an interesting array of new legislators, will on Tuesday (1) be sworn in as Members of the 8th Parliament of Sri Lanka. 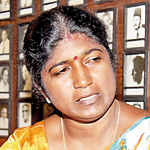 Ms Sriskandarajah, a government servant, who was Deputy Director -Planning at Turukkali in the Wanni District, lost her leg in a shell blast in February 2009. However, undeterred by the personal tragedy, she was back on her feet with a prosthetic leg and is now determined to be the voice of the thousands of physically disabled victims of war related injuries.

“I am the first person disabled by the war to enter Parliament. I will use this opportunity to speak on behalf of many others in similar situations and in dire need of better facilities,” she said. Ms Sriskandarajah contested in the Wanni district on the ITAK ticket, but could not secure a seat and subsequently, appointed on the National List, making her one of the 13 women legislators who will serve in this Parliament.

Film actress turned politician Geeta Kumarasinghe too is a first time entrant to Parliament, having served in the Southern Provincial Council (PC), prior to winning a seat from the Galle District. “Parliament is a very different place from the PC, and I believe I can contribute more to the welfare of the people by serving here,” she said.

Abdul Rahuman Ishak was elected a UNP MP from the Anuradhapura District. A businessman by profession, he has been engaged in social work in the district, working with a foundation founded by his father, to assist kidney patients and other needy persons in the district.

“I have come here to work for the people and not to just warm my seat and go home. In the next five year, I want to be fully engaged with the people as a parliamentarian,” he said.

Except for one, the rest of the newly elected MPs called over at the Information Desk opened for three days this week at the Parliament complex, to be enlightened on Parliament practice and procedures, as well as to be apprised of their entitlements as MPs. The MPs were also issued Identity cards and given an email address linked to the Parliament’s official website.
Each MP will be entitled to four staff members, including a driver, an office assistant and two research officers, as well to postal, telecom and housing facilities, a Parliament official said. MPs are also entitled to a diplomatic passport and duty-free vehicle facilities. 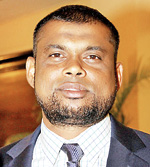 Secretary General (SG) of Parliament Dhammika Dasanayaka said there will be free seating on Tuesday when the House meets for the first time at 9.30 am.The sessions will begin with the Sergeant-at-Arms entering the Chamber bearing the Mace. He will place the Mace on the lower rest of the Table, after which the SG of Parliament will read President Maithripala Sirisena’s Proclamation summoning Parliament.

This will be followed by the election of the Speaker, which is unlikely, as UNP National List MP Karu Jayasuriya who has been proposed for the post, has been endorsed by all the parties, the Sunday Times learns.

This will be followed by MPs making the affirmation required by law. “MPs are given the choice to take the affirmation in the language of their choice and also according to their religious faith,” a Parliament official said.