Cherie Blair, wife of the former British Prime Minister, has offered the services of her London-based international legal consultancy firm to the Sri Lanka Government while on a private holiday this week.  Omnia Strategy LLP “provides strategic counsel to governments, corporates and private clients”, according to its website. It was established by Ms. Blair only four years ago. She told Business Times in an exclusive interview this week that the firm does work in Africa, training lawyers and building capacity to handle new investment challenges. 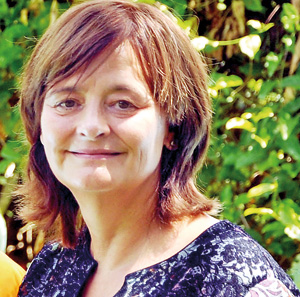 “I would always be delighted to help, particularly a country like Sri Lanka,” the wife of Tony Blair replied, when asked whether she had offered assistance to the Government. Pressed on whether she had directly indicated this, she laughed and said, “Obviously. We don’t talk about our clients in that way, because there’s legal confidentiality.”

There was no immediate evidence of the Government having accepted her offer. Mr. Blair has separately assured President Maithripala Sirisena “to appear on behalf of Sri Lanka in eliminating misconceptions in the world”, according to a report published on the Government Information Department’s website.

Ms. Blair said she was “very keen on capacity building”. “You have a lot in the African continent, for instance, who have not been targets for international business,” she related. “But now everyone’s going to Africa. Everyone’s looking for the natural resources of Africa.”

“Within the country [sic], you find that Government officials and indeed local lawyers haven’t really been trained to deal with that,” she continued. “They didn’t need to know about these transactions because they weren’t going on.”Omnia has recently attracted criticism from certain quarters for its choice of work. For instance, it has signed up to represent the Government of Maldives which, among other things, has cracked down on critics. The opposition Maldivian Democratic Party called Omnia’s consultants “unethical and profiteering”. Ms. Blair admitted that she was constantly under scrutiny. “But I have also been a lawyer for over 35 years,” she said. “The system that operates in the UK is actually the same system that operates, give or take, here in Sri Lanka or, indeed, in the Maldives. It does depend on everybody getting representation. It would rather prejudge the issue, wouldn’t it, to say they have been accused of X, Y and Z and, therefore, they don’t have the right to answer the case against them?”

The Maldives is entitled to representation, she said, “and we are providing a robust defence of the Maldives”. “In addition to that, of course, there is a recognition that, in the Maldives, there needs to be legal reforms and, again, we are helping with those legal reforms.”

Both Mr. and Ms. Blair made speeches while in Sri Lanka. The former delivered the Lakshman Kadirgamar Memorial Lecture on “Reconciliation in Sri Lanka and the Northern Ireland Experience”. The latter addressed the Bar Association of Sri Lanka regarding “Human Rights in Business”.

Mr. Blair has often attracted criticism over the invasions of Afghanistan and Iraq. Some Sri Lankan commentators raised this on social media. Ms. Blair countered that what he achieved in Northern Ireland is “well recognized as an important milestone in our country”. He had helped negotiate the Good Friday Agreement which led, among other things, to the decommissioning of weapons held by paramilitaries.

“Iraq is a historical fact,” Ms. Blair said. “That is something he will be judged on with the benefit of hindsight. He is a historical figure. History will judge.” On the subject of corruption, Ms. Blair said smart businesses understand that, in today’s world, “you’re only a mobile phone call away from a terrible reputation.” This made it doubly important to have business ethics. Corruption in a system was fundamentally bad.

Sri Lanka comes from a background of respect for the rule of law. “Even though, in recent years, there has been corruption in the system, the bedrock is there to enable that to be dealt with.” With the change in regime, the corporate sector now had another chance.

“The question is whether the business sector will be a part of the solution or a part of the problem,” Ms. Blair reflected. “The Sri Lankan people have, categorically twice now, said they want a new start. I’m sure many, many business people have joined in that, too.”

Various actors in Sri Lanka’s state sector have, at different times, been accused of corruption. But there is increasing awareness that corporate entities have an obligation not to pay bribes, inasmuch as Government must not solicit them.

There was a growing global intolerance for corruption, Ms. Blair warned. “I do these investment cases, myself,” she explained. “Countries who break contracts can be taken to international tribunals. But if there has been bribery and corruption in the granting of contracts, then international tribunals, as a matter of policy, will not enforce them.”

“Obviously, you have to prove the bribery and corruption,” she concluded. “At the end of the day, it’s a dangerous route to take.”