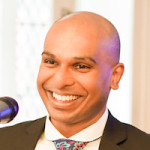 Rajavarothiam Sampanthan MP (RS) has been appointed as the Leader of the Opposition of the Eighth Parliament of the Democratic Socialist Republic of Sri Lanka. MP since 1970, RS also deserves the title ‘Father of the House’. Even analysts not generally sympathetic to the political ideology of Tamil self-determination concur that RS has a track record of acting with decorum and dignity in debate. This also applies to his party colleagues, who, unlike many a Sinhalese and Moor MP, conduct themselves gracefully inside and outside Parliament.

Since the War’s end, the RS-led TNA has been successful at each and every election held in the two provinces. The absence of credible political alternatives, other than the EPDP that tarnished its reputation through its [in Tamil eyes] unholy alliance with the Rajapaksa regime, UNP’s Vijayakala Maheswaran factor in Jaffna and the SLMC in the East, there is no political movement in the two provinces that can equal, in any significant terms, the TNA’s electoral strength, the reasons for which ought to form the topic of a separate article. 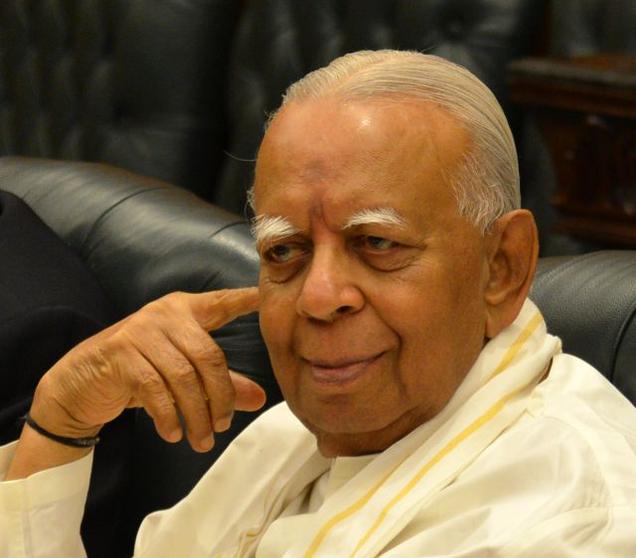 Some Sinhala nationalists question RS’s positions on the rights of his community, his emphasis on ensuring the Tamils’ political aspirations and right to live as equal citizens. That RS’s voice on the rights of his people needs to be heard, respected and honoured is a given. It is the primary means through which, post-war, the dignity of Tamil society can be restored and more importantly, the Tamils’ position as full-fledged citizens of Sri Lanka can be enhanced and enlivened. Those being elected to Parliament by Tamil voters have every right to raise issues that concern their voters, constituencies and electoral districts.

For the first time in his political career, RS has been granted a position of national relevance within the legislature. His parliamentary responsibilities have been doubly redoubled overnight, going way beyond those of an MP representing a particular district, and a party leader representing a given demographic. From now on, RS has the responsibility of the entire Parliamentary Opposition upon his shoulders. As he mentioned to the media on the way out of the House soon after being appointed Opposition Leader, he is fully conscious of the nature of his new role, and has the potential to perform well.

RS, this writer believes, is also competent to identify the most advisable forward strategy, when reconciling his role as the ‘leader’ representing his ethnic community in parliament, and his national function as Opposition Leader. Reflecting along that line, the most advisable path appears to be that of upholding a ‘policy-based’ approach, strongly raising issues affecting the day-to-day lives of the people of the Northern and Eastern Provinces, while simultaneously juxtaposing these with a central focus on issues of national concern.

Sinhala nationalist elements in national politics despise both TNA and JVP. Concerning the latter, they constantly evoke that party’s armed resistance of 1971 and especially 1988-89. The TNA is branded as having been pro-LTTE – the ultimate blasphemy in Sinhala nationalist eyes.

As the second half of the post-war decade unfolds, it is important for Sri Lankans to collectively reflect upon the fundamental reasons that prompted young people (from both Sinhalese and Tamil communities) to take up arms and resort to violence against the Sri Lankan state.

In the case of the Sinhalese, key contentious issues involved class pressures, socioeconomic disparities, lack of opportunities and the grossly unequal distribution of resources. These issues also concerned Tamil youth, who, in addition, were ethnically catalogued through university entrance regulations, issues of political representation, problems of exercising their basic civic rights, as well as ethnicity and language-based discrimination. For many Tamil youth (whose militant outfits eventually became the Colombo government’s worst nightmares), discontent also stemmed from discrimination from within the Tamil community, its class, and very especially caste hierarchies. Hence their extreme anguish at those sophisticated, educated, English-speaking, liberal and more often than not high caste Tamil intellectuals and politicos who, in their eyes, were of an uptight disposition, and were intent upon ‘preaching’ them – the lesser beings – on conciliatory middle paths and the vices of violent resistance.

The TNA and the LTTE are two extremely different entities, and anybody making a correlation between them (the ‘TNA is pro-LTTE’ argument) is only making a display of political and sociocultural illiteracy. During the LTTE’s heyday, as Tamil representatives in the national legislature, the TNA may certainly have upheld a self-determination-based discourse, for which they cannot be blamed. Today, the TNA is in the process of – and in fairness has been considerably successful at – finding its pleine place in post-war Sri Lankan politics. The TNA has expressed its commitment to a united Sri Lankan state, and in ensuring the rights of Tamils within that framework. Apart from its ‘men of the people’, such as Mavai Senathirajah MP, the TNA has equipped itself with professionals such as Messrs Sumanthiran and Vigneswaran, and upon being elevated to a national-level role, has expressed a commitment to uphold that role’s ‘national’ dimension to the fullest.

TNA and JVP: possibilities of working together?

The Eighth Parliament offers a unique opportunity for the TNA and the JVP, the two main opposition parties, to begin a cordial and open-minded dialogue, and work towards sharing shadow cabinet responsibilities. The JVP has a golden opportunity to stand by its frequently repeated commitment to national unity and inter-ethnic coexistence. The TNA has a golden opportunity to work with a national-level party that, despite its small size, occupies a decisive position in the polity, and is composed of educated young leaders, all of them representing not Colombo’s privileged high-tea cliques, but the larger Sinhala (and quite often Buddhist) community. The JVP’s composition and inclusivity could also send a crucial message to the TNA, on the importance of going beyond Vellalar gentlemen’s politics, to a political strategy that better accommodates and represents the Tamil social spectrum, and works towards increased respect for parity.

To the cynical observer, some of the aforementioned observations may appear to be somewhat devoid of realism.

Yet, creative thinking is the key path forward for both the TNA and the JVP, to say the least.