Skip to content
“United Nations, super powers, regional powers or self-seeking Tamil politicians cannot address the real grievances of Tamils. It is only Tamils under a good and dedicated leadership can move forward,” said Deputy Chief Minister of Penang state in Malaysia, Professor P. Ramasamy, a long time advocate of the rights of Eezham Tamils in an article to TamilNet on Tuesday. While the actual war saw the murder of Eelam Tamils and the most despicable sexual violence of rape unleashed among Tamil women, it was after the war that the Eelam Tamil nation was plundered of its wealth, Professor Ramasamy said. “The LTTE might not be around; however, the hopes, aspirations and the future agenda of Tamils for ultimate solution were set up by none other than its leader Veluppillai Pirapaharan,” he said.
Full text of the article by Prof R. Ramasamy follows: 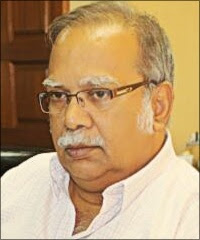