“As agreed by the government all Political Prisoners must be released” says the TNA MP and its spokesperson M.A. Sumanthiran.

After visiting to the Anuradhapura Prison, Sumanthiran said; “In the event the government does not respond in the next few days they too would be forced to join the prisoners in their fasting.” 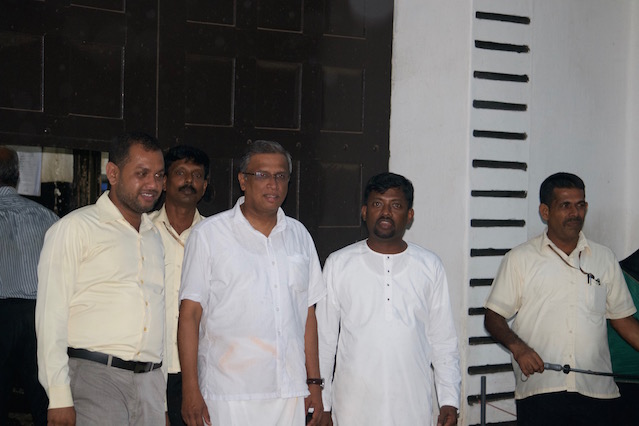 TNA MP and Spokesperson M.A Sumanthiran visited the Anuradhapura Prison along with Provincial Council members Asmin Yakoob and Sanankiyan Sayandan yesterday and spoke to the Political Prisoners who were observing a token fast demanding their release by the government yesterday.

At the Anuradhapura Prison there were 36 prisoners observing the fast of whom two had already been hospitalized. They vowed to continue the fast until the goverment released all Political Prisoners and requested that the public too join their cause.

“The prisoners in relating their individual stories said that they had already served a much longer term which than their crimes warranted in the event they had been convicted. They requested of TNA MP and Spokesperson M.A Sumanthiran to take their cause with the Prime Minister. The Prime Minister on hearing the same said that he was awaiting a report from the AG’s department on thier stance on the Prisoners.” said Sumanthiran.