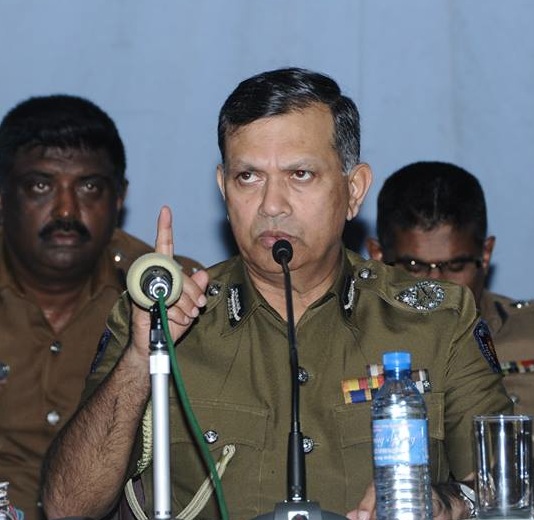 The Constitution making and brutal police murder at Embilipitiya

The Government has announced another attempt at constitution making in Sri Lanka which, this time is to begin, with the hope to complete the process, by the end of this year. A resolution to this effect has already been introduced in the Parliament and a Drafting Committee has been named. A valid question that begets asking is; what, does a constitution making in Sri Lanka imply?

Some reflections of the alleged brutal murder in Embilipitiya, may provide some answers to this very important question about the purpose and direction of constitution making in Sri Lanka.

The broad details of the incident as described in many reports, including many photographs and videos is quite simple. A party, was being held, at a residence in the Embilipitiya town and many people were attending this private celebration. During this party, two un-invited guests – who were two policemen – arrived at the house to the surprise of all guests and the residents. They were there not for any particular police duty, but to ask for Arrack (a local liquor), for their own consumption. As this request was not heeded to by the owners and residents there began a quarrel which quickly turned aggressive. The two policemen had beaten up several people at the house, in particular a young man, Sumith Prasanna Jayawardana who was the owner of the house. The policemen had then called their colleagues at the local police station as reinforcements, and soon thereafter a large group of policemen had also arrived and they had severely beaten the people attending the party, including women. The people who were at the event, have later spoken to the media including London based Sinhala BBC service, and had given accounts of the cruel manner in which they were treated by the officers attached to the Embilipitiya police. As a result of the police beating, Sumith Prasanna Jayawardana, a young man, was killed. This naturally provoked reaction from the people of Embilipitiya, who in large numbers began to gather and also put up black flags in protest of the police action. They also signed a petition, addressed to the Government to complain about this action. Meanwhile, police sought the intervention of the Magistrate in the area, and later served the pregnant widow, of the deceased young man with a notice ordering her to ensure that there will be no protest against the police and in particular forbidding anyone to carry a coffin, while demonstrating. As the tensions were building large numbers of police were called to the streets including, as reports stated, around 500 STF personnel (Special Task Force), in order to prevent a mass protest by the people. This incident is the thus far the first killing to take place, due to police brutality in 2016. Going by the experiences of the previous years, this will certainly not be the last.

A Constitution is the first law or the paramount law of a country, that lays down the rules that the government, all its institutions and the people should abide by, if they are to achieve the great goals that the nation has set out to achieve, such as development, prosperity, peace and harmony and orderly behaviour in every aspect of the nation’s life. The simple question that would arise is ask then, as to whether it would be possible for the new constitution, to provide for a legal arrangement within which, the police in Sri Lanka will cease to act brutally. Or will it be the case that even after promulgation of the new constitution, the police will be allowed to act as brutally as they do now. If later be the case, then the people, particularly the people of lower income groups in the country will inevitably question, what good will such a constitution bring about to the people and the nation. Will this constitution making be another failed attempt as the two previous constitution makings were?

In no country is the maintenance of law and order possible, if the law enforcement agency of the country, the police itself, does not abide by the law. The Embilipitiya incident and many other similar incidents, only indicate that the Sri Lankan police do not consider it their duty, to abide by the law. A commonly held belief seems to be, that the police can break any law and get away with it.

The Embilipitiya incident confirms this perception. Despite of a brutal murder taking place, about which there is a large body of evidence, eye witnesses, photographs, videos and the like, the murders have not yet been arrested. They have only been transferred.

Looking at the scale of indiscipline in the Sri Lanka police, it can be asserted without hesitation, that the police hierarchy and even they Government fears to take action against the police. The fear is that the police will retaliate and withdraw cooperation, which in turn will create even more problems for the Government to tackle.

What use would any constitution be, if this situation is allowed to be continued? Thus a test for the effectiveness of any new constitution, that promises to restore the rule of law and good governance, is that it will develop constitutional strategies, to create a law abiding police force. Given the conditions in Sri Lanka, this will not prove to be an easy task. To bring about such effective reforms would require considerable discussion with the people about what has become of their police force, quite openly and frankly. If that cannot happen, Sri Lanka will continue to be a place of disorder, which is caused mainly by its main law enforcement agency.

The President and the Prime Minister and even some ministers have spoken eloquently about the making of the new constitution and how it will make Sri Lanka a prosperous country. If they are serious about what they are talking, they should look into the state of policing in Sri Lanka and place before the people a perspective, as to how a policing that has turned wild, could be tamed and will become an instrument that generates an environment where law enforcement will become a civilised practice. An uncivilised policing and a good constitution are incompatible. One would hope that the President and the Prime Minister will demonstrate their wisdom and capacity to deal with this difficult problem.

It was not so long ago that the National Police Commission and the Human Rights Commission of Sri Lanka (HRCSL) forthright, condemned the police attack on the NDTA Students. The HRCSL, also imposed fines on the culprits. However, that does not seem to have awakened the Inspector General of Police, to take firm action to restore discipline. Instead, the Police Headquarters have moved the Courts, to challenge the action of the Human Rights Commission of Sri Lanka. The internal disciplinary process of the police has broken down to these extents.

The Constitution Drafting Committee, when it starts its work therefore, should seriously ponder on these questions. If they cannot find a way to create a law abiding police force, their efforts towards making a new constitution will not bring any good tidings to Sri Lanka.

Drafting of a constitution, is not a matter of engaging in some paperwork. A nice constitution can be written by anyone, who has an access the text of other good constitutions in other countries. A really good drafting process of a constitutions involves dealing with threats to liberty and equality that the people are faced with and deliberating solutions that should be incorporated into the law so as to overcome these issues. Thus the drafters must address the socio political situation of the country and be ‘clear-headed’ about how to bring an enlightened approach to discipline within the government and amongst the people. If there is indiscipline in the government apparatus, the discipline among the people can be only brought about by repression. Then, what is required is not a constitution, but draconian national security laws. The period of rule under the last two constitutions (1972 and 1978) was a one that was carried out through such draconian national security laws. Naturally, Sri Lanka does not need a third one, to achieve the same purpose.

At the heart of constitution making should be the idea of people security, as against the narrow idea of national security. It is the people’s security that is being threatened by actions such as the one that took place in Embilipitiya. People’s security is also being threatened at almost every police station, every day, when the police brutally assault people under the guise of conducting criminal investigations.

What has failed in Sri Lanka, is the ‘law enforcement’ within the democratic and rule of law framework. This failure cannot be cured by adding another paper law, even if one calls it a constitution. There has to be an intellectual attempt to grasp the violence that is perpetrated on the people through the very apparatus of the Government. Having understood the causes of such violence, it is up to the Constituent Assembly to debate the ways by which such violence could be brought to an end. The task of the Drafting Committee should be to help bring about such a debate, so that through a genuine discussion on actual problems, solutions can be found which could be incorporated into the new constitution.