What are we celebrating on the 4th Feb – Independence, Inter-dependence or Freedom?

Recently when I made an Independence Day appeal to all the religious leaders of the country to come to the fore and help the present Government to achieve peace and reconciliation on the basis of truth, justice accountability, a good friend of mine alerted me to the absence of the theme freedom in my appeal. In the context of our Independence Day Celebrations today and of the way in which we celebrate, there are many questions overlooked largely by our population and our leaders.

From Colonialism to Independence

On the afternoon of the 4th of Feb. 1948 I stood as a 14years old student of St.Patrick’s College, Jaffna, on the Jaffna Esplanade (presently Durayappah’s Stadium) celebrating the Independence of Ceylon from the British colonial master. Mr. Hudson the then Government Agent in Jaffna, representing the British Government lowered the British union Jack. We all were told that we have become independent from foreigners’ rule. Though we didn’t understand the meaning of it, we enjoyed the little packet of Vadai and Pattis each one of us received and the music and dance on the platform. At college of course we had great European oblate missionaries like Frs. Charles Mathews, Timothy Long, Chovan and my classmates included some Sinhalese too from the deep south. On the pillars of the college were written words “Speak English Only” and when we were caught speaking in Tamil, a fine of 5 0r 10 cents was imposed! We grew up studying all subjects in English, with only one hour of Tamil. 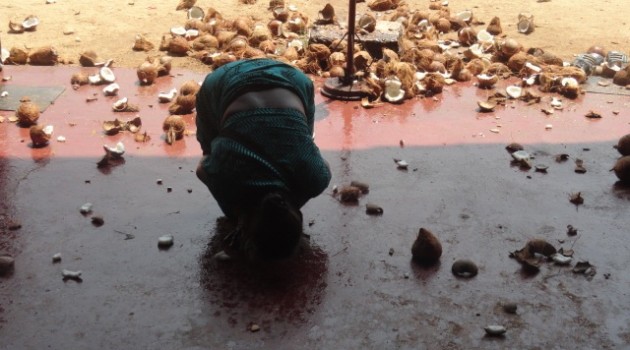 The British colonials not only built good roads and railways but also left us a good system of education. We are today fortunate that that the then colonial language English has become the world language today. Never did we dream that the British blunder of handing over all the power into the hands of a majoritarian democracy will lead to many decades of conflict and war on this island.
Celebration of the new Powers that be

True we became independent of a colonial rule from the Portuguese, Dutch and the British that lasted nearly 500 years. And the way we commemorate it by an exhibition of the ruling authorities, who are sons and daughters of our own soil, as well as our air, land and sea forces displaying their capabilities, show that we rule ourselves with our own powers and not by foreigners or their forces. We also proudly sing our national anthem and raise our national flag. We have done this so long, almost for 69 years and I still ask the question – to what extent are we an independent people or a nation?

Independence does not pre-empt Inter-dependence

In so far we are all humans on this earth or on this island; we can be truly independent, even as individuals, only to a certain extent, whereby “your independence ends where my nose begins”. No man is an island is a popular saying. Both as individuals and as communities, a country or as a people, we are all inter-dependent. Denying our interdependence on one another is suicidal.

Ceylon, as an independent sovereign country, joined the United Nations as a member and committed itself to mutual rights and obligations, especially to Universal Declaration of Human Rights proclaimed on the 10th of Dec. 1948. When we are in need, natural or man-made, we have received aid in various forms from other countries, including even weapons to combat rebels. With gratitude we accept all forms of aid on the understanding that we use them for the good of all our people. But after receiving the aid, we cannot shun away from the responsibility of rendering an account on the good use of the aid to the donors.

President Rajapaksa who loudly acclaimed the help of 20 countries in combatting the LTTE, even today in his message speaks only of “foreign intervention” forgetting the aid he received from foreign powers. When the donors asked questions about the right use of those weapons, he turned away from accountability! What a shame!

Hence inter-dependence is an existential component of our lives and accountability is the underside of that reality. Accountability is demanded, not just by the victims of crimes committed with the granted-weapons, but also demanded in view of the future and well-being even of those who celebrate victories!

Hence Inter-dependence has to be gratefully accepted, responsibly lived and consolidated for future generations.

When can we celebrate Freedom Day in Sri Lanka?

On the background of the above convictions regarding Independence and Interdependence, I raise the important question – are we all free or do we all enjoy freedom in Sri Lanka?

To a certain extent we have many freedoms – and many of us are thankfully enjoying those freedoms. But unfortunately even after many decades of independence from foreign rule, after many decades of enjoying membership and aid from the international community, there is unfortunately and unashamedly a sizable population in this island who are not yet free. They have suffered and struggled for decades for their freedom to be what they are, to enjoy what they are made to be. But the powers that be do not allow them to be free to decide their way of life. The cries of the victims of oppression, injustice have become louder. Even while commemorating Independence Day, and in the company of international representatives, and while many hundreds of Sinhalese are freed from their jails, the Tamil prisoners unjustly suffering for decades are still crying.