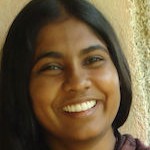 Gender Sensitivity has been an important topic in Sri Lankan academic circles as well as many other scholarly spaces for decades. As a result of immense efforts by feminists as well as civil society activists, we as a society have achieved women’s rights to a considerable level. However, politics of locating woman in the post-war Sri Lanka is not a space of innocence.

In the dialogue forums where women have been locating in war and post-war spaces, the attention is centered on ‘war-widows’. Under war conditions, women become duel victims; due to sexual harassments by enemy soldiers and losing men related their lives. Nation states are bio-politicized and patriarchal. In simple, in a society which breached based on ethnicity and religion, majority ethnic group, religious group or ethno-religious group holds the state power. The ethnic label person get from the birth is based on paternal lineage and religious label is mostly based on marriage or birth too most of the times based on patriarchal values. Thus, in a nation state which forms on bio-politics, demography and patriarchy, women becomes a victim of the male fighter who fights to increase their ‘bulk’ and territory through reproducing, killing and who has their repressed sexual desires by living in isolation from their families. On the other hand lives of widows, mothers and sister become a tragedy after the death of the soldiers who have been pushed to the war through economic deprivation and unemployment. Memory which accumulates against this background is a necessity to study and document and is a social responsibility to the war wounds generated around these war wounds. It is clear that, the initiative has already taken by civil society, research institutions, government as well as non-governmental organizations. However, the fact is to be considered is, the matters concerned by most of the organizations are monotonous and monolithic. In this discourse, post war Sri Lankan woman has been reduced to a ‘war widow’ and framed as a ‘war widow’. Female fighter who has fought under state or terrorists groups is invisible in these popular erudite discourses. Survival of these women in post war situation and problems and difficulties faced by these women, especially the female LTTE carders who are rejoining and reintegrating with the society are overlooked. 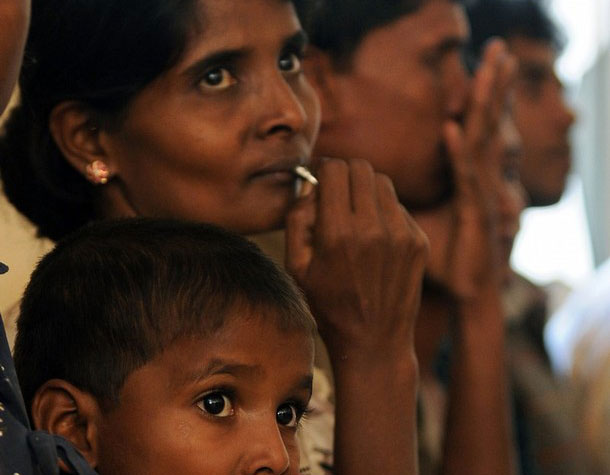 Further, when considering the status of state-military-war – widows, remarrying is difficult for them as they lose the right to benefits such as pension and full salary of the lost soldier if they do so. On the other hand, their remarrying is discouraged as they have been viewed as in terms of ‘value’ for the ‘heroic soldier’. Stereotyping, loneliness, social-stigma, economic difficulties, pressure from the both families and sexual harassment often combines to make life of widows doubly difficult. However; in the post-war ‘war widow’ context, these problems have not been addressed adequately.

Compensation and monthly salary has become the simple solutions to these problems faced by state-military-war –widows. In this discourse, women have reduced to a object which can be dealt with compensation and salary instead of seeing her as a human being with emotions and feelings. On one hand, Sinhala-military-war-widow is not a fancy topic as ‘Sinhala-military-hero’. She is not worth enough to be discussed or looked into. On the other hand, ‘war-widow’ is ‘Tamil’ in the popular erudite discourse. Many of these discourses finally centered around ‘male’. The ‘Sinhala war hero’ has been visible too much in the Sri Lankan society and today itself he bears that popularity to that extent or to an extent which is little lower than that.

Tamil society which is defeated and emasculated through war is sustained through making ‘Tamil-war-widows’ visible. In that sense making the ‘Tamil-war-widow’ visible, make an effort to sustain the ‘Sinhala heroism’, consciously or unconsciously. It is important to bring out another point, it is not intend to imply that the author is not stand for the ‘Tamil-war-widow’, but instead it is an unjust to visualize her as solely a ‘victim’. Without the male, reducing her to ‘nothing’, ‘irrelevant’, ‘vulnerable’, ‘widow ‘and ‘invalid’ is not essentially ‘her’. It is a shadow which is being shed on her externally.