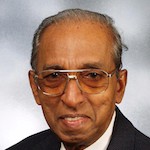 At the 68th Independence Day on the 4th Feb. 2016, His Excellency the President declared:

“There are incorrect interpretations given about the resolution presented to the United Nations Human Rights Council. I clearly state that we are facing these resolutions in order to protect the pride and dignity of our country, our people and our security forces, and also to make our tri forces to be internationally renowned armed force.  We should face these resolutions with patience, discipline and decorum so that our country could be respectfully recognized by all international organizations including the UNO and all states in the world.”

The clear and courageous statement of President Sirisena on Independence Day, goes a long way to dispel doubts and suspicions among many of us, who believe that only by facing the UNHRC Resolutions, we could save not only the “the pride and dignity of our country, our people and our security forces,” but also become “respectfully recognized by all international organizations including the UNO and all states in the world”

Just five days after the President’s statement, the High Commissioner of the UNHRC summing up his 4 days fact-finding and comprehensive visit to the island, made a clear Press Statement saying

“Let me make it as plain as I can:  the international community wants to welcome Sri Lanka back into its fold without any lingering reservations. It wants to help Sri Lanka become an economic powerhouse. It wants Sri Lanka’s armed forces to face up to the stain on their reputation, so that they can once again play a constructive role in international peace-keeping operations, and command the full respect that so many of their members deserve.

But for all that to come to fruition, Sri Lanka must confront and defeat the demons of its past.

It must create institutions that work, and ensure accountability. It must seize the great opportunity it currently has to provide all its people with truth, justice, security and prosperity.

I, for my part, will do all in my power to help that come about, and will continue to offer the services of my Office to accompany Sri Lanka through this very difficult process.” 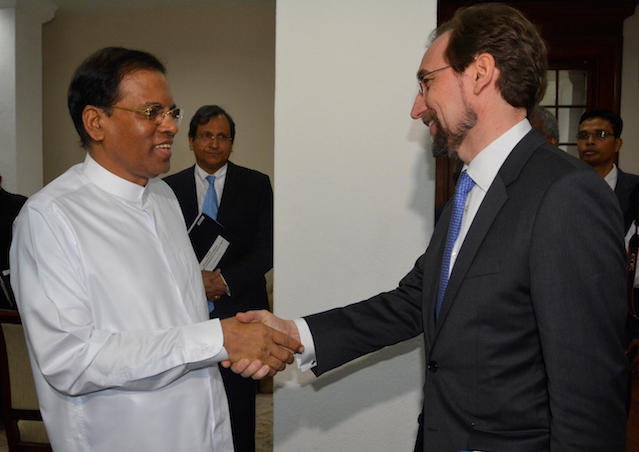 Now the above two statements, coming from the Sri Lankan President and from the High Commissioner of the UNHRC, corroborate one another’s good intentions and convictions about the future well-being of all in Sri Lanka.

Firstly, President Sirisena put his finger on the culprits, when he argued – it is because you did not act with reason and common sense and responsibility to fulfill promises given to the international leaders like the UN Secretary general or other heads of states, we are today facing the challenges of the UN resolution “with patience, discipline and decorum” to win back our lost pride and dignity of all, including the forces.

Secondly, the High Commissioner had a pointed reply to those who maliciously accuse the present Government for its cooperation with the UNHRC.

“ There are many myths and misconceptions about the resolution, and what it means for Sri Lanka.

It is not a gratuitous attempt to interfere with or undermine the country’s sovereignty or independence.

It is not some quasi-colonial act by some nebulous foreign power.

The acceptance of the resolution was a moment of strength, not weakness, by Sri Lanka. It was the country’s commitment to both itself and to the world to confront the past honestly and, by doing that, take out comprehensive insurance against any future devastating outbreak of inter communal tensions and conflict.”

I like to recall to mind here the news item in the Colombo Telegraph of 12th. Dec.2013 – with the title: Red Flag About War Crimes Inquiry From Archbishop Of Colombo

The Archbishop of Colombo Cardinal Malcolm Ranjith warned the Government that foreign intervention would be inevitable unless serious allegations of rights abuses and the work of reconciliation is addressed within the country. “Foreigners should not tell us what to do. We are not a pack of fools. But if we do not resolve these issues, then we open ourselves to foreign intervention,” the Cardinal said.