President Mahinda Rajapaksa’s decade long era of governance saw unprecedented racism and hate against the minority communities in Sri Lanka. The Bodu Bala Sena (BBS) and other Buddhist extremist groups were blamed for this bigotry. It is a well-known fact that the regime change in January 2015 was mainly due to the minority communities voting en-block against the Mahinda Rajapaksa regime, which brought in the common candidate Maithripala Sirisena to the executive Presidency. This inconceivable feat would go down in Sri Lankan history as a silent revolution that sent a war-winning popular President out of office. He had the mass backing of the majority Buddhist community, but lost the approval of the minorities because of his tacit support and impunity that his administration offered the BBS and other extremist Buddhist groups to intimidate and attack the Muslim and evangelical Christian communities. While blaming the BBS for his defeat, the ex-President has now started talking in conciliatory terms to the minorities in his ‘come-back’ attempt. Now President Sirisena’s Secretary’s call for explanation on the introduction of Sharia Banking based on a complaint by the Bodu Bala Sena smells of the continuation of an extreme racist agenda that could reignite ethnic tensions.

The Bodu Bala Sena failed miserably in their electoral foray when they contested the 2016 General Elections as the Buddhist People’s Front (Bodu Jana Peramuna) in 16 electoral districts. They received a mere 20,377 island wide votes, when eleven million six hundred and eighty four thousand and ninety eight (11,684,098) Sri Lankans voted during the August 2016 elections. This is simple evidence that the absolute majority of Sinhala Buddhists are not racist. A disgraceful electoral performance by any count for a party that claimed that it could topple governments. 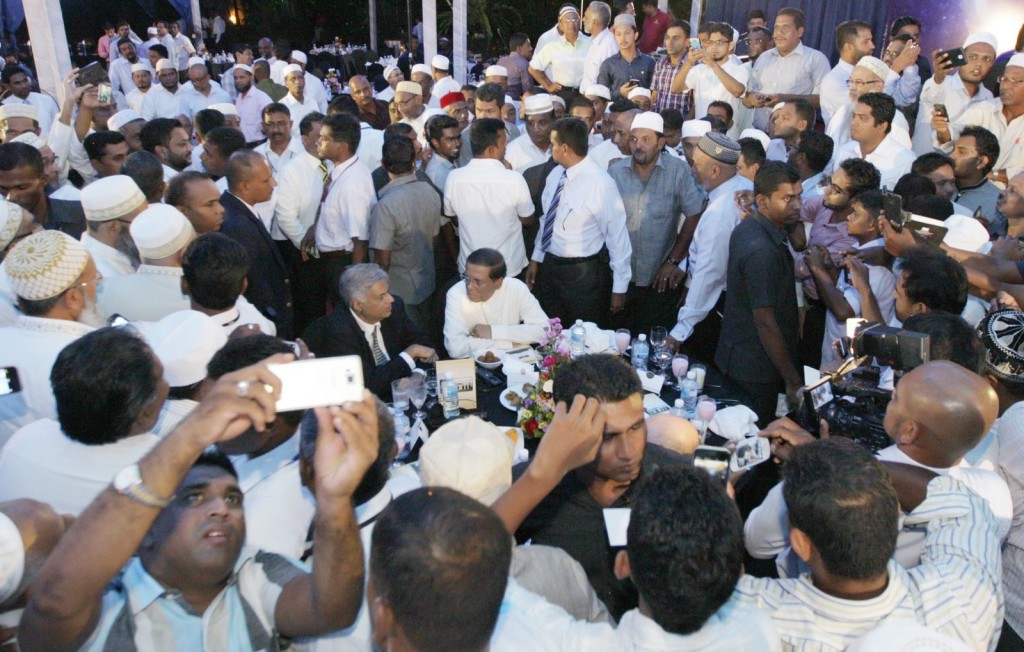 Media reports indicate that President Sirisena’s Additional Secretary, S. T. Kodikara, in a letter addressed to the Secretary to the Ministry of National Policy and Economic Affairs M. I. M. Rafeek has called for an explanation within two weeks on whether Sharia banking practice is being introduced to the country by following the respective laws and regulations of Sri Lanka. Incidentally, Prime Minister Ranil Wickremesingheholds the National Policy and Economic Affairs portfolio. This comes amongst rumors that the cash starved Maithri-Ranil government would have a billion dollars in investment from Saudi Arabia. The Saudis will not invest if it is not Sharia compliant.

Sharia banking has been in practice in many countries over the last several decades. It is no different to any banking services offered to its customers with Basic Checking Accounts, Savings Accounts, Interest Bearing Checking Accounts, Money Market Accounts, CDs, IRAs (investment retirement accounts), and Brokerage Accounts. It should be viewed as a banking product just as any of the above. Many well-established local banks have opened up Sharia banking units to support the banking needs of their Muslim clientele. The Muslims are forbidden from taking interest payments on deposits, as per their religion. Sharia banking provides opportunities for investments that a person could make through an agreement that does not earn a fixed return. The possibility of earning larger profits or even losing on the investment is part of the agreement, hence it could be seen as a pure commercial investment. The Muslims’ practice of Islam and its commandments do not interfere with the interests of others, hence there is no need to restrict their freedom and their religious obligations.

So, why is the Bodu Bala Sena excited or concerned about all this? It should be the choice of an individual to invest his savings, wisely or otherwise. That should not be anybody’s concern, especially on racially motivated excuses. The President should act as the executive of all Sri Lankans, not just for the Sinhala Buddhists. The freedom to choose how an individual invests his savings should not be dictated by the Executive.

Islamic banking is an activity that is consistent with the principles of Islamic law as prescribed for Muslims. Its practical application could be viewed as the development of Islamic economics within the context of Islamic jurisprudence. As such, a more correct term for Islamic banking is sharia compliant finance. Hence broadly speaking an Islamic bank is an institution that mobilizes the financial resources and invests them in an attempt to achieve predetermined Islamically acceptable social and financial objectives. Both mobilization and investment of funds should be conducted in accordance with principles of Islamic law. The charging or acceptance of interest is strictly forbidden in Islam. The perception is that when investors are more interested in the rates of interest and guaranteed returns than the uses to which the money is put, the results could only be negative.

The Bodu Bala Sena, a couple of years ago went on the rampage on Halal, an Islamic requirement to ensure food that is consumed by Muslims is permissible to them. In a country with a Muslim population of just around 9.4%, hundreds of thousands of animals (Chicken, Goats, Cows, Pigs etc..) are killed and consumed by Sri Lankans. Obviously, Muslims do not consume all of them. While pig meat or any pork product is Haram (forbidden) for Muslims, they could consume any other if they are slaughtered in the halal way.

Halal is often used in reference to food that is permissible for Muslims to eat or drink, the criteria specify what food is allowed for consumption, and how the food is prepared. The most common example of non-halal (or haraam) food is pork. Muslims are expected to follow specific rules in their slaughter of animals for their consumption. The criteria for non-pork items also include their source, the cause of the animal’s death, and how it was processed. Other food that is not halal for Muslims to consume include blood of animals, which is achieved in the halal method of slaughter; the blood is drained out without the animal feeling it. The consumption of actual blood is in fact forbidden in both Jewish and Christian Holy Scriptures too.

The incumbent Government of President Maithripala Sirisena and Prime Minister Ranil Wickremesinghe has taken great strides in facilitating a reconciliation process amongst all communities after a 30 year ethnic conflict that caused the death of hundreds of thousands, maimed thousands and destroyed the economic well being of a large population and the Government. The international community that was on a confrontational approach with the Rajapaksa regime has begun to reconcile with Sri Lanka. The Bodu Bala Sena, that was instrumental in the Aluthgama pogrom against the Muslims have, to date got away scot-free. The Islamic countries that count for the majority of our expatriate labour that brings in over $ 7 billion have remained silent against the racism towards the Muslims. The tea industry’s biggest clientele is in the Middle East. The Muslim community has remained calm and patriotic amidst the excesses of the extremists’ onslaught. They have not made representations to the International community or to their brethren in the Middle East. The government of Sri Lanka needs to safeguard the interests, cultural and religious practices of the Muslims that do not contravene with the constitution or the laws of the country. Failure to do so would be an injustice to a community that has stood by the Sri Lankan State throughout history, contributing to the economy and prosperity of all Sri Lankans. Let us unite in defending the rights of every citizen in this nation of ours and not be misled by the racist agenda of a few.