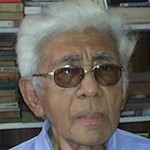 I must make a couple of clarifications before proceeding further. I have stated only probabilities, not certainties in the above paragraph. Futurology is a hazardous exercise, and it usually proves to be mistaken, because of a human tendency to extrapolate the present into the future, to assume that present trends will continue without taking into account the possibility that a hitherto unregarded factor could secure unexpected outcomes. There was vast expertise in the West on communism and the Soviet system, but only two foresaw the dramatic collapse of that system between 1989 and 1991 – Daniel Patrick Moynihan and Emmanuel Todd. So, I won’t discount the possibility that good sense will prevail on both sides of the ethnic fence, that both will be able to check their racists, and mutual accommodativeness will lead to a final definitive solution of the ethnic problem on the basis of devolution. But I find that most improbable for the reasons given in the first paragraph.

The second clarification I want to make is that the improbability of a solution on the basis of devolution does not preclude the possibility of a solution on some other basis. I have in mind a solution on the basis of a fully functioning democracy as in the West. We have shown ourselves in the past capable of operating such a democracy and we seem to be approaching it again. Our Tamils in the West are not clamoring for devolution and are quite happy without it under a fully democratic dispensation. Why not here? The answer is that the Tamils regard themselves as not just another minority but a national minority, with their homeland and a right at least to internal self-determination: therefore a definitive solution can only be on the basis of devolution. I have shown in an earlier article that the so-called right to internal self-determination is nonsensical. However, the important point is that if a solution on the basis of devolution is too difficult or simply not feasible for the two reasons given in the first paragraph, we have no realistic alternative to trying out a democratic solution.

I will now go into the two reasons why a definitive solution on the basis of devolution seems to be extremely improbable, beginning with the India factor. It would not be exaggerated to say that the ethnic problem we have on our hands is in reality an Indian problem, not a Sri Lankan one. If India did not exist, if there were no Tamils in Tamil Nadu, we would not be having a Tamil ethnic problem, not one that commands so much international attention. The Tamils would simply be treated as a conquered minority, suffering consequences that could be mild or very terrible. That would not bother the international community overmuch because it consists of nation states that privilege ethnic majorities at the expense of ethnic minorities. The prevailing consensus in the international community therefore is that ethnic minorities must know their place and keep it, or be taught to keep it. So the travails of the SL Tamils would not figure in international consciousness, except to some extent if there were horrendous human rights violations.

It is Tamil Nadu of course that makes all the difference. Delhi cannot ignore the fall-out in Tamil Nadu of what happens to the Tamils in Sri Lanka. Her intervention on behalf of our Tamils is consequently not seen by the international community as interference but as legitimate in the pursuit of the Indian national interest. That is why the air drop was seen not as aggression but at the worst as a transgression of international law, and that is why there was no international disquiet over the Peace Accords and the coming of the IPKF troops – though our other neighbors were deeply disturbed by the possible negative consequences of what was going on. I share the international perception that India did not use the Tamil ethnic problem to try to bully or dominate us. I believe that India committed a monumental blunder in stopping the Vadamarachchi operation in the naïve expectation that a political solution for the ethic problem could be found without much difficult. But there was no malign intent behind that blunder.

Until recently India’s behavior in relation to the Tamil ethnic problem has been guided by a fundamental principle that has applied to Indo-Sri Lanka relations since 1948 even though it may not have been stated explicitly in written form: Sri Lanka by itself can pose no threat to India but it can do so if it gets together with some other foreign power against India. After 1977 Sri Lanka was perceived by India as getting too close to the US in a manner that posed a threat – a serious threat – to the legitimate interests of India. That may have been a misperception but all the same it was a perception on the Indian side. That perception has to be understood in the context of the Soviet invasion of Afghanistan, with India seen as supporting it and the US opposing it. But Soviet expansionism was contained and reversed, Indo-US relations became cordial, and India which had been fomenting the ethnic problem wanted to solve it. That was the background for India getting together with the US over the Peace Accords. I hold that India had no imperialist objectives of a hegemonistic order towards Sri Lanka at all. The alleged Vice-regal posturing of High Commissioner Dixit was of no significance whatever.

But in recent times the fundamentals determining our relations with India in connection with the Tamil ethnic problem have changed completely because of the new geopolitical configuration of Sino-Indian rivalry in South Asia and the Indian Ocean. The factors of geography cannot be changed. The US can increase or lessen its presence in this region without jeopardizing its vital interests, but China cannot do that because of its vital commercial and other interests. It should therefore have an interest in securing a permanent presence in Sri Lanka. We have now to take into account the fact that Sino-Indian relations will have its ups and downs, and that they can become dangerously troubled. It has to be expected therefore that India would want – in pursuit of what it sees as its vital and entirely legitimate interests – a dominant or predominant position in Sri Lanka. If that entails too many difficulties, it could want at least an arrangement in which a solid segment of Sri Lanka – a North East inhabited mainly by Tamils – will be permanently on its side. A federal or even confederal solution of the ethnic problem would be best for that purpose. Was that the significance of the fact that during Prime Minister Modi’s visit he unexpectedly vaunted the attractions of federalism? Anyway, it seems to me that attempting a solution on the basis of further devolution could be hazardous. It would be prudent to go for a solution based on a fully functioning democracy.