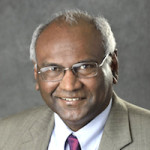 Prof. Vasanthi Arasaratnam, Vice Chancellor of University of Jaffna, claimed in Uthayan Newspaper head-lines (23.03.2016) to have fired professors following sexual harassment accusations by students. “As a woman, I have done all I can,” she continued. Her remarks were made the previous day at a function by “The Voice of Women” to mark “International Women’s Day” which fell really on 8 March.

Speaking further, Arasaratnam said that women are to blame for the increase in sexual harassment and that these episodes could have been avoided had women complained in time. If they had complained at the beginning, she said, action could have been taken. She blamed the parents for not having brought up their daughters to complain publicly when they face harassment. Girls, she said, have to be brought up with self-confidence and courage in themselves.

These claims of hers reverberated through the Jaffna media – other newspapers, television, etc. The truth, however, is far from the VC’s claims on both counts – not a single predatory professor has been fired from the university and women have consistently complained of sexual harassment without action by her.

Sexual Harassment at the University

Sexual harassment claims are aplenty at the University of Jaffna and are rarely acted on. A Vice Chancellor was seen naked in his office with an equally naked student by a mason working high up on scaffoldings. A Council enquiry by a clergyman suppressed it saying the witness is not from the internal community. 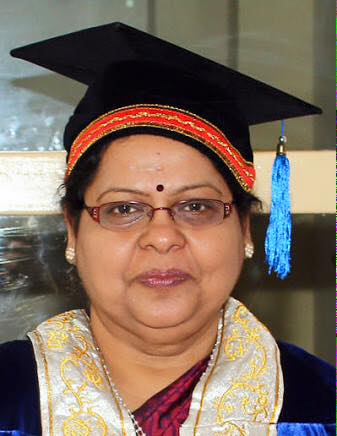 A Lecturer in Political Science, according to news reports in 2005, had bail denied to him when he was accused of sexually abusing well over 40 times a thirteen-year girl who was employed as his domestic servant. Women’s groups protested and demonstrated. A sexual harassment at work lawyer represented them. He was in jail pending trial. Then the LTTE intervened in his favor because he was the chief organizer for the Pongu Thamil festivities and his conviction would have reflected badly on the LTTE. Today he is a key person in the Chief Minister’s Thamil Makkal Peravai where he recently held forth on women’s rights as Chairman of a PAFFREL Seminar on electoral systems.

Many of these stories make for entertainment at the university rather than being matters of horror.

The recent case of Dr. S. Dharshanan shows how much Tamils care about protecting women. On Sunday, 18 Oct. 2015, as part of the Sarswati Poosai festivities, children at a famous dance school on Navalar Road, Nallur South showed off their talents. The Chief Guest that evening, like a cat among the young pigeons, was Dr. S. Darshanan, Senior Lecturer and Head of the Department of Music at RAFA.

What was strange was that at a Special Meeting of the Council of the University of Jaffna, on Wednesday 14.10.2015, Darshanan had been interdicted after numerous complaints of sexual harassment by his students and colleagues Yet, it made no difference in Jaffna. He held a great job. He was therefore still fêted at the music school where he extolled religious values in his speech. Several men preying on women (and even boys) continue to be similarly honoured in Jaffna so long as they are educated and hold high positions.

Recently student complaints against Dr. Dharshanan forced matters to a head. Prof. Arasaratnam had suppressed these complaints since 2011. His mother-in-law is her beautician. Cornered, a Special Council Meeting was forced on Arasaratnam when a harassed student threatened suicide. Council Minutes confirm that the complaints date back to 2011 at the University’s RAFA and that they center around Dharshanan and one Mr. Robert Arudsegaram. Complainants included many female staff members of the Music Department besides students. (I have heard of students having to go to staff quarters to meet their teachers where they are met by a staff member wearing only a towel round his waist).

The minutes of the special meeting show that as far back as in 2011 Vasanthi Arasaratnam had appointed a committee to inquire under Prof. A.V. Manivasakar (Political Science), Prof. G. Mikunthan (Agricultural Biology) and Dr. Mrs. R. Kalainathan (Linguistics and English). Their report white washed the complaints, concluding that “these are internal problems and better understanding among staff should be cultivated.” Dean/Arts was accordingly asked to advise the staff to have better understanding.

When the complaints persisted, Dr. Mahesan of the Department of Computer Science was asked to conduct an inquiry and he simply did nothing. Then Dr. T. Mangaleswaran from the Vavuniya Campus was asked to look into this. Not so easily influenced, he submitted a report dated 28.04.2014 “after conducting a thorough preliminary investigation.” His report specifically named Dr. Darshanan as “the cause for most of the issues in the Department [of Music] when he was Acting Department Head and there were statements given by female students and female academic staff that Dr. Darhanan harassed them. Mangaleswaran recommended disciplinary action by the council.

Despite Dr. Managaleswaran’s strong indictment, Prof. Arasaratnam appointed Dr. Dharshanan again as Acting head, claiming it was based on the wishes of the Music Department Staff. According to the minutes:

“I also attended the meeting which was convened to discuss the appointment of Head/Music. In that meeting, while endorsing the majority decision to recommend Dr. Dharshanan as the Head/Music, I remarked that although there is a widespread opinion on his improper behavior towards females, the administration had not received any authentic allegations from the students. Therefore I told him that he should change his behavior, especially making improper phone calls fof sexual harassment.”

Indeed, the request to change his behavior must have been based on authentic allegations or else the request was improper.

Mangaleswaran’s report of April 2014 led to nothing. Matters were dragged on by appointing yet another committee consisting of the VC’s confidants Prof. K. Kandasamy and one Dr. Mrs. Navaratnarajah. Then, a year and five months later, in a letter dated 28.09.2015, a student alleged that Darshanan had asked her to acquire an android phone for exchanging messages and promised to change her zero marks in his subject to a high mark if she would cooperate. Seventy-seven other female students countersigned her letter. The student herself threatened suicide because of her loss of honour.

At that special council meeting in October 2015, according to the minutes, Council Member Eng. Vigneswaran complained that a recommendation was made to the Council on 08.08.2015 and said “the Council should have taken action in the matter at that time.” The VC could no longer save Darshanan. The Council decided

“In view of the gravity of the situation and need for the [sic.] remedial action the Council decided:

Incredibly, even after the decision was conveyed to Dr. Darshanan, the VC permitted Dean/Arts Dr. Gnanakumaran to object to the decision and read out a lengthy letter from his brother of Colombo’s Law Faculty, Mr. Selvakumaran, arguing that the suspension was wrong. Other Council members strenuously objected but Gnanakumaran was allowed to read that letter. At the end,
“the Council members pointed out that the decisions taken are valid, justifiable and collective in nature. Further the legal advice the Dean/Arts got was unsolicited by the Council. … Therefore the Council decided to stand by the decision taken.”

However, another section of the minutes states that a half of Darshanan’s salary was restored.At the next meeting Dean Gnanakumaran withdrew his brother’s letter.

Despite Vasanthi Arasaratnam’s claims to the press, no professor has been fired from the University of Jaffna for sexual harassment. Women have complained of sexual harassment in large numbers and she did nothing to protect them. In the case of Dr. Darshanan, her beautician’s son-in-law whose innocence was pleaded by his wife in a letter to the Council, she acted 4 years too late only when a student was on the verge of committing suicide. Even after suspending Dr. Darshanan (who has not been fired and is still a senior lecturer but not a professor), she tried through Dean/Arts to get the suspension lifted.

Today we have a Jaffna where Darshanan was a chief guest among children at a music school. A former VC who was into sex with his students is a regular guest at Jaffna’s social functions. We have a Chief Minister who appealed to India’s Prime Minister to release his co-religionists convicted by Indian courts of rape. That Chief Minister is part of the TMP, where a key figure had a child servant as his sex slave and is honoured as a keynote speaker on political matters including women’s rights. Most Jaffna homes have pictures of a guru-godman who, according to a BBC documentary, loved to oil the testicles of the male children of his disciples.

What indeed are our values in Jaffna?