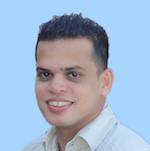 With the end of the three-decades long armed conflict in 2009, Sri Lanka has embarked in seeking permanent peace and human security in the country through reconciliation, rehabilitation and reconstruction. This will help not only bridging the gaps between ethnic communities in Sri Lanka but also in overall socioeconomic and political development of nation building. Since the new government came into power on January 8th 2015, there is a big hope that country’s supreme law will be change and more powers given to citizens of the nation. The Government of Sri Lanka is currently underway to introduce a new constitution to Sri Lanka with the help and consultation of the citizens and the civil society. This is commendable. In the same manner it is important to have in post-war Sri Lanka, a new Police Act and a new Firearms Act which will directly support the achievement of permanent peace and stability and thereby achieve higher human security status in future of Sri Lanka.

During the British Colonial period the Police Ordinance No. 16 of 1865 was enacted to stipulate powers and responsibilities of policemen. This was called “An Ordinance to Provide for the Establishment and Regulation of a Police Force in Ceylon.” In 1866, William Robert Campbell then the Chief of Police in the Indian province of Rathnageri, was appointed as Chief Superintendent of Police in Ceylon to be in charge of the Ceylon Police Force on 3rd September 1866. Therefore, this date is considered to be the beginning of the Sri Lanka Police Service.

From 1865, various amendments were made to the Police Ordinance until No. 32 of 1947. In 1974 Police Ordinance became Law No. 3 of 1974. In 1949, Sri Lanka introduced Police Act No. 15 of 1949. Until 1984, there were 6 amendments to the Act and last was the Police Act No. 41 of 1984. Since 1984, (more than three-decades now) there were no amendments to the Police Act of Sri Lanka. This shows that Sri Lanka has failed to introduce a new Police Act to the country mainly due to domestic changes particular after the war and to meet the international standards of the police service of Sri Lanka. In 2016 the Department of Police will celebrate its 150th year anniversary.

Within the Police Department there are several issues to be addressed. It is very important make sure that the Police Department gets adequate resources to carry out its duties in terms of quality human resources and adequate infrastructure facilities. Use of the latest technology will improve the quality of services as well as confidence building among the general public toward the Police Department. At the same time a police officer (from constable level) should have a reasonable salary and other perks and also a good welfare package. Some may argue that this will be a burden to the government but when it carefully studies this it will be evident that it will bring various benefits to the society at large. In developed countries the highest salaries are paid to police officers equal to that of professionals or sometime it may higher. At the same time to become a police officer is a difficult task in those developed countries.

The Firearms Ordinance No. 33 of 1916 was introduced during the British colonial period. Since 1st April 1917, the Ordinance amended at ten occasions until the last Act No. 22 of 1996. There are various provisions under the Act No. 22 of 1996 that are out dated as well as new provisions need to be amended for today’s context. In the last two decades there were no amendments to the Firearms Act which is a serious concern for human security in post-war Sri Lanka. Various types of illegal automatic weapons and others are circulating in post-war Sri Lanka but the existing Fire Arms Act has very minimal charges when the authorities found those weapons. Some weapons were not clearly stipulated in the existing Act. This means that Sri Lanka’s commitment is minimal towards the apprehension of illegal weapons and the illegal weapons industry in a post-war setting. The Amended Firearms Act No. 22 of 1996 is a completely outdated Act in today’s context. In 2016, the Firearms Act will reach its 100th year.

During and after Southern insurgency (1971 and 1988) and three decades of armed conflict between Sri Lanka’s security forces and the Liberation Tigers of Tamil Elam (LTTE) in North and East of Sri Lanka, the country’s politicians and civilians received large numbers of firearms by various means. But it seems that none of them were handed back to the government. Post-war Sri Lanka is still unable to carry out a comprehensive small arms survey with wider public participation to apprehend such illegal arms possessed by civilians and underworld gangs actively operating in the country. Most of the weapons received by them were automatic weapons and this shows the severe dangers of the situation. Various killings take place using such automatic weapons which undermine human security. There is no doubt that this will hinder the socioeconomic development and freedom of political participation in post-war Sri Lanka.

Before finalizing a new Police Act and a new Firearms Act there should be a broader public discussion including civil society, academia, professionals and relevant stakeholders.