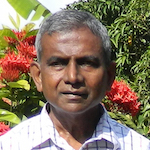 Communalism has wreaked havoc in Lanka. It is embedded in our prejudices and our backwardness. The Sri Lankan political establishment’s complicity in violence against a minority is a scandal that would impede us for years to come, particularly in view of the lack of will to do away with impunity and hold the armed forces to account. Equally culpable are the Tamil leaders who have inflamed passions where a little sympathy and restraint could have cooled them and hindered communalism putting down institutional roots.

The passage of the Donoughmore Bill, which abolished communal representation in December 1929, was received calmly by the Tamils. At the Legislature no Tamil opposed the abolition. With communal representation having been the norm for nearly a century under British colonial rule, gradual change might have been more prudent than to move fast and precipitate conflict. Nevertheless, Sir Waitialingam Duraisamy’s response in the Legislative Council sums up the attitude of the Tamils: 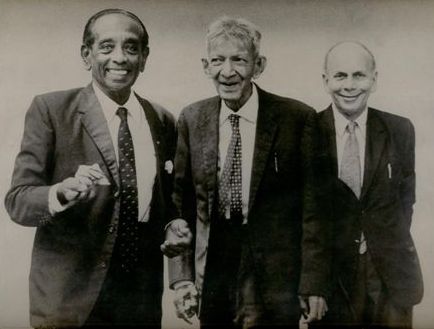 “Well, although the idea of communal representation originated in the mind of the Government and was nurtured by the Government in spite of representations from the people of the Island, this time the Government spokesmen, the Special Commissioners have dealt the death blow to the idea of communal representation. The one who created it has destroyed it, and you will have noticed that immediately after the publication of the report, how calmly and quietly the people of the Island accepted it and no protest was raised by the Tamil community.” (Communalism or Nationalism – CorN)

For a time it looked as if things would settle down. As explained earlier, with the onset of by-elections resulting from the 1931 boycott in the North, fear of Sinhalese domination and restoration of communal representation became heated issues. In February 1934, K. Balasingam, earlier of the Legislative Council, wrote in his letter to the Tamils of Jaffna, “The attempt on the part of some Tamils to form a minority alliance can only have the effect of welding together the divided sections of the Sinhalese and of inducing them to form a racial bloc.” Balasingam added, “repercussions are felt in Balangoda where old time vandalism and present day hostility to the ‘Demilos’, become election cries. The election cries are quoted as further proof of Sinhalese desire to dominate”.

The Youth Congress (CorN) observed that ‘the political atmosphere of this country is being defiled by the poisonous vapours of communalism’. Barring Sir Waitialingam Duraisamy, who was the speaker in 1939, the other Tamil State Council members were ‘propagating communal hatred among the Tamil masses’ by their demand for communal representation. The landmark event on this score was G.G. Ponnambalam’s marathon speech, in which he erroneously claimed that the Tamils had opposed the Donoughmore reforms. Likewise, communal feelings were being enhanced by some section of the Sinhalese.

While Ponnambalam’s speech is much celebrated and reissued with an eye to current Tamil leadership stakes, The Youth Congress’ timely response ‘Communalism or Nationalism’ is largely forgotten. In fact it predicted with prescience where we were heading.

Unlike the Tamil nationalists who were indifferent to the plight of the Sinhalese peasantry, the Congress through many years of political contact with leaders in the South and the emerging Left saw immediately that 50–50 would add insult to injury. Communalism or Nationalism observed:

“The Sinhalese peasantry are suffering from a scarcity of land and are becoming rapidly pauperised. The business of the island is in the hands of the Europeans and the Indians. The cocoanut industry is the only industry that remains in the hands of the Sinhalese. Even in this more than seventy-five percent of the estates are mortgaged to Indian capitalists. Even in the professions and the Government service Sinhalese occupy a comparatively inferior place. Whatever the reason for this state of affairs the Sinhalese are becoming sensitive to their inferior position and are crudely attempting to reassert their position. In this delicate state of feeling the granting of the 50–50 demand will make them feel that they are to be reduced to a state of political helplessness, and will call forth the most violent reaction. Communal propaganda will be openly carried on by the Sinhalese… The leadership of the Sinhalese will pass into the hands of avowedly communal elements [like the Sinhala Maha Sabha].”

The Congress pointed out that to a section of the Tamils, the absence of balanced representation meant a feeling of insecurity, but certainly not one of injustice. But to the Sinhalese 50-50 triggers an apprehension of injustice ‘which gnaws into one’s very bones and evokes dangerous passions’.

More deplorable was Ponnambalam’s attempt to use the Hill Country Tamils and Muslims to leverage his demands. Speaking at Nawalapitiya in May 1939, he referred to the Sinhalese as a ‘race of hybrids’. The reaction was such that S.W.R.D. Bandaranaike was able to establish a branch of the Sinhala Maha Sabha there the following month. Bandaranaike said at the annual Sinhala Maha Sabha conference, “Though we still have enemies like the supporters of Mr. Ponnambalam, they do us more good than harm.” (Jane Russell)

CorN strongly held that the 50-50 quest was a fool’s errand. The Sinhalese were dead against it and if granted would demand its revocation. “But it is possible that they might react in a different way. With the growing self-consciousness, economic difficulties and pauperisation…,[the grant of 50-50] might set aflame the fire of militant anti-imperialism, just as has happened in Palestine as a result of the dumping of Jews into Palestine against the will of the Arabs. The anti-minority and anti-imperialist feelings might get mixed up.”

Colluding with Evil for Petty Favours

Britain at war, with its Empire imperilled, pursued a very different tack. I am told on good authority that the British rulers who were grooming their successors had wanted E.W. Perera out of the running for the country’s leadership. J.R. Jayewardene defeated E.W. Perera, a Christian, in the 1943 by-election for Kelaniya by playing the religious card. For the good part it was E.W. Perera’s braving the perils of war in June 1915 to petition the King in London that ended martial law abuses in dealing with communal violence involving the Sinhalese and Moors. He had further identified himself as a strong Ceylonese nationalist insisting on home rule by voting against the Donoughmore reforms in 1929.

Ponnambalam’s expectations were illusory. Given 50-50, the Sinhalese who were against it were bound to unite, while mere anti-Sinhalese feeling would not sufficiently bind the minorities to form a stable government. It has, as CorN predicted, been borne out by experience that a united Sinhalese bloc could buy over the minorities with incentives.

A good example is the first post-independence parliament elected in 1947. The UNP formed a minority government having secured 42 out of 95 seats plus a bonus of five appointed members. Yet when it came to the Citizenship Bills which de-citizenized the Tamil plantation labour, the Government won 53 to 35, by getting practically all the minority members and ultimately even Ponnambalam to support the Government. Having seen the leftward drift of plantation labour, the British had colluded with the emerging leadership and kept their position benignly vague in the new Soulbury Constitution. In doing so they bypassed the conditions of contract under which the Indian Tamils were brought: five years of residence qualified them for naturalisation (Somasundaram Nadesan in the Senate, 15 Sept.1948). Section 29(2) of the Constitution, which was meant to protect the minorities against discriminative legislation, proved deceptive. As the Supreme Court and Privy Council interpreted it, it did not provide against administrative discrimination – the Plantation Tamils were simply written off the books administratively. By involving the Plantation labour in his 50-50 agitation and deserting them in 1948 for a cabinet position, Ponnambalam did them a great disservice. The only solid bloc to oppose the legislation was the Left, which too was bought over by the Sinhalese nationalist SLFP in 1964.

CorN pointed out that with declining employment prospects in the Malay States, alienating the Sinhalese with 50-50 would be disastrous for the economic interests of Jaffna, which had fanned out into every remote Sinhalese village. It observed that while holding up the example of Mahatma Gandhi to the Sinhalese leaders, the only lesson [Ponnambalam and cohorts] have learnt from him ‘is not to be loving and good even under provocation but to go about assaulting others and expecting the [victims] to behave like the Mahatma, and [throwing the Mahatma at them when they did not]’.

Ponnambalam mentions in his speech that during Easter 1938 in Nuwara Eliya, a leading Sinhalese representative (Member for Galle), offered the minorities forty percent of the elected seats. And when subsequently asked, the Governor promised no more. CorN asks, “Why did [Ponnambalam] not come to a settlement with the Sinhalese on the basis of forty percent? Did he expect a few seats more? Anyway he was unable to realise that forty percent…voluntarily conceded along with the goodwill of the Sinhalese was far superior to getting a greater number of seats imposed by the British against the will of the Sinhalese.”

Why in place of the 1931 boycott did the Youth Congress not support the Donoughmore reforms with reservations and help consolidate a non-communal course in our Island’s politics? Communalism or Nationalism only offers a partial answer: “What welds the Germans, Italians and French into the Swiss people [apart from the common geographical limit within which they live]?…the achievement of material welfare and progress through common effort of which the visible manifestation is the state and its institutions.” In Ceylon, CorN notes, the state and its institutions are not the visible manifestations of the common effort of the people, but organs through which the Colonial Regime collected taxes, kept down the people and maintained ‘law and order’. The people were kept divided competing for favours from the Governor.

Communalism or Nationalism also cites Nehru from his autobiography on India’s communal problem: “Even under present conditions it should not be difficult to arrive at a political solution, but only if, and it is a big if, the third party (the Colonial Regime) was not present.”

We are reminded of our more recent ‘third party’ intervention in 1999 and how it changed the main political question qualitatively from what the Sinhalese could be persuaded to accept, elusively to what the LTTE would accept. The result is well known.