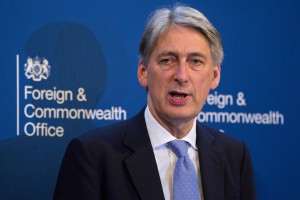 “There was an improvement in the overall human rights situation in Sri Lanka in 2015, although some concerns remain. Reversing the downward trend of recent years, the government of Sri Lanka took positive steps to improve freedom of expression (including the media) and freedom of movement, reduce inter-community tensions, and restore the independence of institutions such as the Human Rights Commission.

The government also signalled its willingness to address long-standing allegations of past human rights abuses and violations, co-sponsoring a resolution in the UN Human Rights Council in October committing it to reconciliation, accountability and the protection of human rights,” the report for 2015 said.

However the report highlighted that certain positive changes witnessed in other parts of the country was less prevalent in the North and East. “Some of these positive changes are less apparent in the north and east. Human rights defenders continued to report harassment and surveillance in 2015, a point raised by the UN Working Group on Enforced and Involuntary Disappearances during their visit in November,” the report said.

Sri Lanka is one of 30 ‘Human Rights Priority Countries’ (HRPCs); countries where the UK has serious human rights concerns.

The UK report also recalled that the OHCHR Investigation on Sri Lanka (OISL) report has highlighted a number of human rights concerns that still remain, including continued reports of torture, and sexual and gender-based violence. “The UK has urged the government to investigate these and other allegations of human rights violations, and will continue to push for progress in these areas,” the report said.

The UK Annual Human Rights Report noted that 2016 will be a moment of opportunity for Sri Lanka, and the international community too has an important role to play.

“We will continue to encourage and support Sri Lanka to deliver on its commitments to the Human Rights Council, and to make early progress to build wider support for its efforts to address accountability. The (UK) Prime Minister has pledged £6.6m over the next three years to continue our support for reconciliation and human rights. Our work with the government of Sri Lanka will aim to continue strengthening democracy and the rule of law, and reform the security sector, sharing UK experience and expertise,” the report added.

In her foreword published in the report, Anelay said, “For those of us devoted to human rights work, 2015 brought hope as well as despair. In different ways, Burma, Sri Lanka and Colombia all showed that progress really does depend on effective leadership from the top. Hope is also growing that perpetrators of the worst crimes can be held accountable. The conviction of Radovan Karadzic holds a message for warmongers everywhere,” she said.