The view hitherto that SLFP majority is with Rajapakses crashes headlong..! 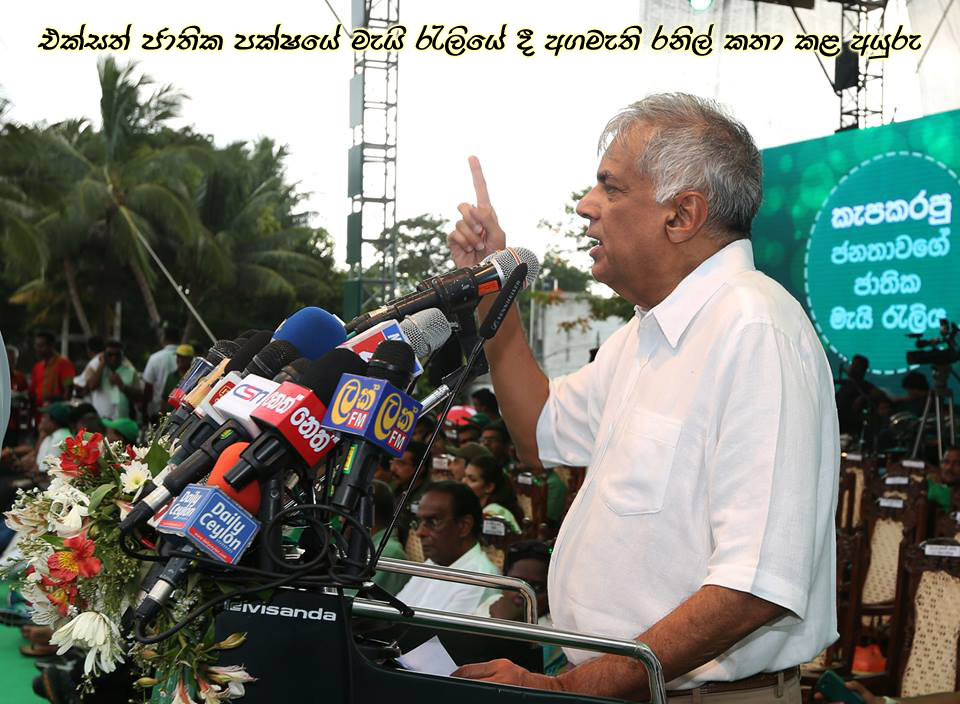 (Lanka-e-News- 01.May.2016, 11.45PM) The May day rallies this year which also served to search the popularity and strength of the main political parties concluded this evening. Based on reports of the intelligence divisions , the largest crowd around 60,000 to 75,000 people attended the UNP May day rally at Campbell park . This was in excess of the crowd present at any of the rallies of the other parties. Even when the UNP leader was concluding his address at the rally , the UNP processions heading for the venue had not ended.

There was a crowd of about 40,000 people for the Galle May day rally while only about 15,000 were present at the Kirilapone rally, intelligence division reports revealed.

The number of M.P.s who attended the Kirilapone rally  with Mahinda Rajapakse was only 41.

The May day rally held  in Kilinochchi of TNA which represents the country’s official opposition , had a crowd of  800 to 1000 people, and they did not give much publicity., sources say.

Analysts who made an unbiased assessment said , this year May day had confirmed further the growing strength of the present national government , whilst also confirming the strength of the group of Rajapakse rogues has weakened further , and it is weaker  than it was on 17 th August 2015, while adding the Rajapakses have voluntarily courted this disaster.

Herein are a number of photographs relating to the May day rallies of the UNP, SLFP and the United brigand’s group of Mahinda Rajapakse. Scenes of  the UNP’s massive  procession can be viewed via video footage