“What is the good of your stars and trees, your sunrise and the wind, if they do not enter into our daily lives?” ~E. M. Forster

On to your right is the vast expanse of the deep blue sea. From the South-East tip of this island country, Arugam Bay, all the way up to Point-Pedro, the northern most point of real estate in Sri Lanka, the continuous break of wave after wave on the high waters of the Indian ocean reminds one of the relentless sagas of life represented by a ferocious ocean whose mysteries and splendor never cease to frighten the timid and charm the eternal voyager. When speeding on the highway from Kumana, the birds’ sanctuary bordering on the Yala-east wildlife reservation, to the virgin beaches on the eastern coast, one is encompassed by the sheer delight of depthless seas and the caressing breeze. It is enlivening the spirit and rejuvenating the physique. 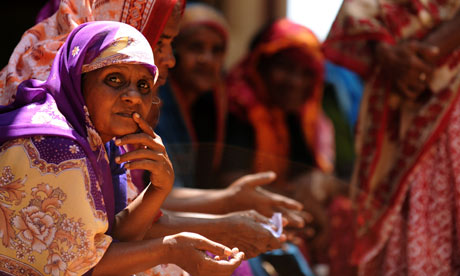 On your left, spanning the landside from Sammanthurai almost all the way up to Akkraipattu is one single field of paddy, like an enormous green carpet laid on earth, lush and opulent, stretching as far as the eye could see. This, the Southeastern land, they say, is the rice bowl of Sri Lanka. What is visible to the naked eye is the proud product of months’ and years’ labor, from ground preparation to selection of the seed, nursing the young crop, protecting it from wild animals, releasing the precious water from the field channels and organizing the harvesting festivals, recreating the cultural grandeur of a farmer community of years gone by. This stretch of paddy is miles long and contributes to the vast granaries in the country year after year.

When the traveller reaches further north, he is greeted by the palm trees planted in the middle of the road, resembling a relatively richer community and on either side of the path are beautifully maintained shops whose facades reflect cleanliness and posh upkeep. While the inventories inside these shops might include from dates imported from the Middle-East to strollers from Singapore and Thailand. Prices are kept at reasonable levels which are affordable to a middleclass community whose path in this part of the land is undoubtedly showing an upward climb. Labor sold in the Middle-East is turned into goods and services provided to a thriving and grateful community. This is Kaththankudi, an oasis in the eastern deserts of Sri Lanka.

From the rocky shores of Arugam Bay to the ancient Swami Rock in Trincomalee, not just one single story, but many tales of woe and success are written and told by the usual inhabitants in the Eastern coast villages. From abject poverty to the riches of modern day amenities, a cohesive group of men and women mostly sharing one faith- Islam- is reaping the yields of exported labor and inter-community exchange of commerce. Muslims, like their Sinhalese brethren, too have been captivated by the whirlwinds of corrupt politics; they have been deceived by their politicians while the poorest of the poor, whether Sinhalese, Tamil or Ceylon Moor, still look to government for free goodies and friendly intervention.

The machinery of government is keeping a stranglehold on their spirit of enterprise and thwarting the free life of a free-market-oriented entrepreneur. Nationalization that started in the mid-fifties and continued with each Sri Lanka Freedom Party-led regime killed the free enterprising spirit of a free people. The ‘common man’ who gained a sense of ‘identity’, thanks mainly to the ’56 transformation, began thinking that nationalization was a gift from the heavens. In a cruel irony, nationalization made private sector-owned profit-making ventures into state-owned loss-generating enterprises. Profit became a by-word for a social and economic sin.

Instead of introducing regulatory measures in order to discipline the private sector entrepreneurs, nationalization introduced a gigantic folly wrapped in a socialist cellophane paper. All efforts to strike equilibrium between obscene profits and social justice became anti-society and unpatriotic. Sloganeering and May Day wrath substituted for long-term economic planning.
Under another regime, a green revolution produced paddy mudalalis instead of rural and enterprising paddy cultivating, forward-looking farmers. Phoney politicians paraded the countryside, kissing babies and laying foundation stones for hospitals and schools that would never be erected. Self-deception on the part of the poor masses had reached monumental heights; legitimate dreaming had turned into uncontrolled fantasizing and easily explainable phenomena have evaporated into blind beliefs and fierce faiths yet unbeknownst to man. Gods and mystic creatures have erupted creating havoc in human minds whose infinite capacities are searching for finite solutions.

When the traveler reaches further north, in Batticaloa, a placid and sprawling town awaits with unspeakable tales of sorrow and parting- the tale of the ‘war-widows’. Running into tens of thousands, these ‘war-widows’ are paying the cruel wages of war. Their breadwinning better-halves found another profession during the preceding thirty years. They joined the Elam war, but unfortunately carried guns and bombs for the losing side. Their lives, as those of all ordinary men of all communities, were devalued; their plight, though frighteningly pitiful, lay buried in the battlegrounds of the Elam war. Today, even a mention of them or a simple ceremony to pay respects to their memory is considered an unpatriotic act. Sinhalese Buddhists, whilst holding King Dutu Gemunu’s memory aloft and sacred, remember him as the King who unified theDharmadeepa by defeating the mighty army of the Dravidian King Elara, very conveniently forget that King Dutu Gemunu paid his highest respects to the vanquished King of the Tamils by ordering his subjects to remove headwear and footwear when passing the Elara tomb.

Patriotism has assumed new definitions. Instead of holding sacred the values of a people who occupy a particular landmass within given geographic boundaries, that very landmass has become more sacred than the values. Man’s stupidity and arrogance has overridden the substantive spiritual core of humanity. Man’s inhumanity to man was in display in the most inglorious manner in that cruel Elam war, not only on the part of the Tamil militants and ‘terrorists’, but also on the side of the Sinhalese political leaders, especially in the post-war theatre.

But one can be content that at least at the 2015 Presidential Elections, reasonable men and women chose the reasonable argument against the anti-Tamil rhetoric and forbidding chauvinism. The widows weep and their children are in despair and anguish; their stories are untold and memories recede into the shadows of twilight, the land remains, unclaimed by the original owners and disused by the victorious soldiers.

From the Southeast corner of the Island to the Northernmost tip of the country has retained its stunning beaches and rich landmass that produces rice and other grains, yet the people’s greed and avarice has overshadowed and buried that beauty and purity. A languishing mind and starving stomachs are fed by punishing rhetoric. Deception is mistaken for sincerity because of sugary nationalistic wrapping. Every Tamil leader as well as most Sinhalese politicians seek refuge in this myth of their own respective ethnic superiority. Both sides are fed by legendary historical heroes’ gallantry on battlefields; conquest of landmass and slaying of the ‘enemy’ have shaded the mythical fantasies as expressed so lucidly in the Great Chronicle – Mahawamsa.

Distrust between the Sinhalese and Tamils is almost total. Bigots on both sides have driven the issues beyond any redeemable boundaries. The liberal moderates are either made speechless by the powerful rhetoric of nationalism/chauvinism or willfully choosing to ignore the scenario hoping that the dark clouds of racial innuendos would pass away to an ash-heap in history. Candid and polite conversation between the leaders of the two communities has ceased. If there were any conversation or dialogue, flawed logic has dominated. Ordinary folks have suffered; children of both communities are growing up in completely isolated shells.

The Tamil Diaspora, on the other hand is exclusively, barring a few of far-thinking, rich Tamils domiciled in the West, is preoccupied with the ethnic issue in terms of extracting a modicum of vengeance from majority Sinhalese. Their campaign to disgrace the Sri Lankan government in international platforms is a direct dramatization of that emotion and psyche. The leaders of both camps are, as the saying goes, missing the wood for the trees.

Rudyard Kipling, in his own ‘British’ arrogance said that “Asia is not going to be civilized after the methods of the West. There is too much Asia and she is too old”. Kipling may have uttered a truth that none of us are ready to acknowledge and accept. Asia is old and our thinking is old. Steeped in that ‘old’ history, we have failed to look to the future in a constructive and modern way. As much as India is erupting every now and then in gang rapes and ‘mercy-killings’, Sri Lanka as a direct inheritor of the same genetics, is no different. Our slogans are new and the thought process is old and grounded in the ‘old’. Sri Lanka’s unfinished journey towards equilibrium of the two contending parties is promising to be extremely exhausting and punishing.