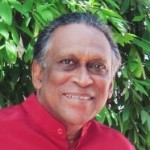 We are on the brink of a Fascist takeover, I feel. I cannot ‘prove’ it as one would a scientific hypothesis. Hence it is a collection of feelings based on what one hears, what one sees etc. In particular, I bring as a witness Prof. Sarath Wijesooriya, the successor to Ven. Sobitha whose impressive collection of civil organizations along with the Tamil votes brought about the downfall of the unlamented Rajapaksa regime.

In his regular writings to ‘Ravaya’, Prof. Wijesooriya chronicles a litany of lost hopes, betrayals, corruption and spinelessness of the new regime that he with millions of equally fair-minded citizens helped to found. But now he is ready to take up cudgels against them instead of merely complaining and moaning about their misdemeanors. The good Professor is in fact informing us of instances where the government is wheeling and dealing with Rajapakses for party political reasons thereby delaying, obstructing the legal process.

He once reminded me of Tsereteli and other ministers in the pre – revolutionary Kerensky regime in Russia, who played a similar role. The very weakness of that regime paved the way for Lenin, who was willing and ready to take power. Conversely, similar situations were obtained in Spain with General Francisco Franco coming to power in 1936, rise of Hitler (who was a mere Corporal during World War I) in Germany in 1934 etc, where the weak went to the wall yielding power to the strong. Prof. Wijesooriya now demands unequivocally and correctly that we should turn our backs on this degenerate regime and kick – start the good hearted civic populace to create the ‘just society’ that we all yearn for. Otherwise history will repeat itself, first as farce and then as tragedy. From homestead to the streets – let the march begin! 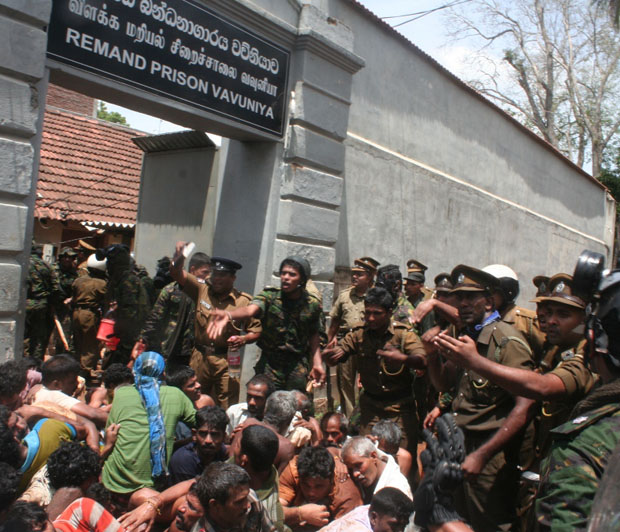 My second witness is none other than the Prime Minister’s own elder brother, Shan Wickremesinghe. In his daily morning progamme in TNL, the radio and TV channel that he owns, he openly chides and criticizes the many misdoings of this government and its officials. Now they are two sane and respected persons that the country listens to.

Yet, they and others should know that there are no vacuums either in nature or in society. Further, I think they know that Rajapaksa too is willing and ready and marching with seven league boots to establish a Fascist regime. All the forces are in place – from Mahavamsa mythology to many of temples and their corrupt monks, the lumpen proletariat , the debauched officials, local and national ’politician’ thugs, media Goebbels and the reactionary army generals! Dr. Vickramabahu consistently takes the trouble to explain what ‘Fascism’ is and the methodology it uses to grab power.

Rajapaksa is compelled by circumstances to step into the void and take power. He has no option. Charges against him and his kith and kin are piling up daily. Though the noose is tightening round his neck the lever – operator is absent! He has to get off the scaffold and become the executioner. He has the appetite for power to put his weak-kneed accusers on the scaffold instead.
So why is he waiting? Perhaps fear of International repercussions – United Nations, Geneva Human Rights Commissions, European Union, India and all that. He will soon get the courage to know that there are enough regimes that have defied the civilized world and created their own hell on earth. With the help of Chinese, he can establish a North- Korea type regime here and take us all to the bronze age. More importantly as the Professor seems to suggest, Rajapakse may be bidding his time to see how far the pliable President and the Prime Minister can be pushed to get him and his cronies off the hook.

Now the democratic forces and the Tamils who are alarmed and feel despondent about these developments are offered two opposing palliatives. The first is to create a decent, honest and moral polity and the second ‘solution’ is to carry out a proletarian revolution which will wipe out class, caste and racial oppression.Though arising from different perspectives, both these groups do not recognize

1. A distinct Tamil Nation,
2. Their country Elam or
3. Their right to self-determination, with the honorable exception of Dr. Vickramabahu of the NSSP. They both, who essentially represent the Sinhala – Buddhist perspective either oppose that demand or over-ride it with various provisos.

This is despite the main lesson of modern history of how nations came about. And how without such recognition and the subsequent power sharing to establish a unified country we will be killing each other until the human species that is doomed to die out in less than a hundred years due to environmental destruction and population explosion. (This forecast was first given by Prof. Frank Fenner in 1970s and now accepted by most governments.)

While it is not worth wasting time about the ‘revolution’ solution, it is good to remember that the most vociferous group among them, the JVP, had racist attitudes from its inception, were ardent supporters of the war against Tamils and demanded the use of heavy weapons against them. With such ‘revolutionaries’ who needs reactionaries!

The most astute and ardent spokesman for the first solution of creating a decent, honest society is Victor Ivan of ‘Ravaya’. I think that among editors, he has written the largest number of books ranging in style and content from chess to ‘Saving Sri Lanka’. I wrote a review about the latter to ‘Sunday Leader’ recommending that it should be translated to English. The book essentially contrast our crass, backward ‘national leaders’ with their reactionary attitudes against Indian Statesmen who molded, with blood & tears, a modern society and a state that is democratic, decent & secular. We didn’t have to fight for our independence – it was thrust on us. Shedding blood and tears we left for a later date! And we are still at it with gusto. With characteristic aplomb, Victor is continuing his crusade though sadly he too supported the war. He does not recognize the qualitative difference between the armed uprising of the JVP and the Tamil war of Independence. He asserts that the ‘state’, whatever its nature, is morally just and duty bound to suppress all uprisings.

Yet there is a discernable sea-change in his attitude towards the utopia of building a decent unitary state. He laments now that we the Sinhalese are congenitally incapable of being decent and honest! He claims now that our natural propensity towards thuggery, betrayal, brigandry and the like must have been inculcated into our genes from the mythical founder of our nation, King Vijaya! If so, not only is it an aberration of the Law of Evolution enunciated by Charles Darwin and its corollary, Social Evolution (I have reason to doubt whether Victor accepts Evolution as a scientifically proven fact) but it also destroys his original thesis of the necessity to build a decent, democratic society. So, here you have the ‘thesis’ and the ‘anti-thesis’ wrapped up in one bundle! One contradicts and neutralizes the other and we are left with a void as with the ‘socialist revolution’ option. We are orphaned by both perspectives. It is the net result of not appreciating the yearning of the Tamil Nation to be Free.

The ideological bedrock of Sinhala Fascism is Mahavamsa. It annihilates, reverses and prostitutes all the teachings of that great, noble and fearless philosopher Buddha. I recall, with a lump in my throat, Bertrand Russell once telling me that “of all the so-called religious leaders, I will bow my head only to Buddha”.

When I read Mahavamsa, I had in it echoes of the Old Testament approving of genocide, ethnic cleansing, conquering of other peoples’ lands and above all, reducing the inhabitants thereof to sub-humans. Once you declare humans to be animals, it is but a small step to annihilate them as vermin. So you start with absurdities and end up with atrocities.

Do you know what prisons represent? Why is that storming of the Bastille during the French Revolution, attack by Fidel and Che’s forces on Batista’s Cuban Prison and so on are very symbolic of bringing down those oppressive regimes? Why did Ho Chi Ming say “when the prison gates open, dragons will fly out” Enough said. Because prisons are, my friends, the ultimate symbol of man’s hatred towards his fellow –man and the Tamil Political Prisoners are a living symbol of Sinhala chauvinism and racism. Helping to get them out will create the conditions to expose many ills in our country.

Now let us try and answer these questions honestly:-

Yes one can go on but it simply shows what a hollow and cynical motto it is that is written on the prison wall “Prisoners are also human beings”! They forgot to complete the sentence and write ‘‘except Tamils who are sub – humans and terrorists, no trials for them.’’

Sigmund Freud, considered to be the father of modern psychology, himself a refugee, explained just before his death in London, “National cultures have a habit of re – imagining their own anxieties as threats coming from strangers”

Various ‘Commissions of Inquiry’ etc set up from time to time are meant to delude the Tamils, confuse the Sinhalese and the International Community. They are mere dressings to cover up the carbuncles, not to cure the cancer.

It is the prejudiced Sinhalese who caged and disappeared them. Let us, the sane, free – thinking rational Sinhalese take the initiative towards the struggle to free them and answer for the Disappeared.

The Sri Lanka Rationalist Association has started collecting signatures for a Petition to the Government and the United Nations demanding the release of the Tamil Political Prisoners and to account for the Disappeared during the war.

Though it is a good initiative for an organization not known to have participated in any ‘social’ issues, yet one should not be deluded to imagine that any amount of signatures on a Petition will prompt the government to move favourably on either issue.

Hence we have to resort to Direct Action – take to the streets. We need to start a Regular Picket and develop it to a non-stop one outside the Colombo prison or somewhere else suitable.

We can extend it to other prisons. We will involve the Families of the Prisoners and the Disappeared. We will appeal to the Youth, Trade Unionists, Civil Organizations, sympathetic media and all non-racists to sustain and support it.

It should not be the traditional type of boring Picket. There will be music and singing, street theatre, pavement drawing and art – a protest as well as a celebration of Humanity.

It will create the conditions to expose who the caring sentient beings and who the savages are in our society.

It will bring out the best in us and the worst in them. May the best win!