In October 2015 the government of Sri Lanka co-sponsored, along with the US, a resolution on promoting reconciliation, accountability and human rights in Sri Lanka, which was adopted at the 30th session of the UN Human Rights Council. However, this very same government has since been backsliding from implementing its own commitments, promises and obligations made at the UNHRC.

In contradiction to the adopted resolution, which called for international involvement, including that of international judges to investigate wartime atrocities during the final stages of the war, Sri Lanka has instead insisted on setting up a domestic-only mechanism.

Sri Lanka’s prime minister, Ranil Wickremesinghe, has explicitly ruled outpossibilities for international judges’ involvement and emphasised that any probe will be purely domestic. Its president, Maithripala Sirisena, too has said, “I will not agree to get foreign judges in to any kind of investigations into human rights violations allegations.” 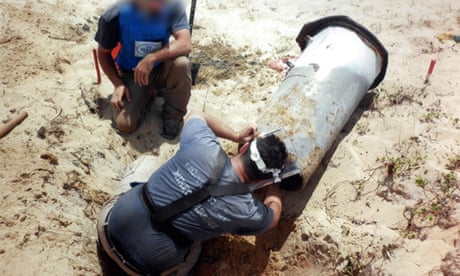 The 32nd session of the UNHRC began on 13 June 2016. In the days leading up to it, the Sri Lankan government hurriedly took steps to be seen as dealing with the resolution.

Ahead of the session, Sri Lanka’s cabinet approved the establishment of an Office of Missing Persons (OMP), which critics say was done in order to manage international scrutiny at the UNHRC. Human Rights Watch had said that in the same week the government ratified the Convention against Enforced Disappearance, it created an OMP without promised consultations with families of the “disappeared”. Just a year ago, the UN High Commissioner for Human Rights had urged for a victim-centric approach when dealing with the past, and for a transitional justice process.

For Tamil war victims and survivors, the statements by the Sri Lankan president and prime minister are indeed disheartening. Apart from a few symbolic returns of occupied Tamil lands and the release of some political prisoners, unsurprisingly, there have been no constructive actions to address wartime accountability or end the culture of impunity.

The government has also failed to demilitarise Tamil areas. Instead, notorious “white van” abductions, torture, arbitrary arrests and unlawful detentions under the draconian Prevention of Terrorism Act have continued till as recent as May this year. Constant military surveillance in the north and east of the island has prolonged the sense of fear and insecurity among the Tamil people.

When the regime changed in January 2015, a section of external actors believed the change to be an opportunity for major reforms, restoration of democracy and reconciliation. Arguably, this new agenda sidelined the principal pathway to genuine reconciliation such as accountability and justice, and as a consequence the release of a most anticipated Office of the United Nations High Commissioner for Human Rights (OHCHR) Investigation on Sri Lanka report was deferred from March to September 2015. This delayed report detailed severe allegations against the Sri Lankan government and its armed forces.

The earlier panel of experts report and the UN secretary general’s internal review panel also contained allegations against the Sri Lankan government and its armed forces. In addition to these international reports, three resolutions were adopted and passed at the UNHRC respectively in March 2012, March 2013 and March 2014. These resolutions did not downplay the allegations of mass atrocities committed by the Sri Lankan government.

Nevertheless, following all these reports and resolutions which detailed numerous abuses and violations of international law by both warring parties, including the Sri Lankan government, surprisingly Sri Lanka co-sponsored the October 2015 resolution.

Prior to this last resolution, the UN High Commissioner for Human Rights hadrecommended the establishment of a hybrid special court to try war crimes and crimes against humanity allegedly committed by all parties to the armed conflict. He had also found “Sri Lanka’s domestic legal framework to be inadequate to deal with international crimes of this magnitude”. In addition, he said that the “State’s security sector and justice system had been distorted and corrupted by decades of impunity”.

It has been a long time since the majority of Tamil war victims and survivors held faith in any Sri Lankan domestic mechanism. This has compelled them to create new spaces outside of Sri Lanka to seek justice. Amid threats to their lives, many have taken great risks to engage with the UNHRC in the hope that theinternational system, particularly the UNHRC, would be a key platform to deliver justice.

However, with political developments since last year, their trust and expectations of the UNHRC have been proven to be in vain. Apart from visits and statements by UN representatives, little tangible action or leverage has been placed on Sri Lanka to pressure it into upholding its own promises.

On 13 June, at the opening of the current session, the UN High Commissioner for Human Rights said, “In Sri Lanka, the government’s efforts to implement its commitments in Resolution 30/1 will require a comprehensive strategy on transitional justice that enables it to pursue different processes in a coordinated, integrated and appropriately sequenced manner.” On 29 June, he is expected to present an oral update on the resolution.

Critics have noted that Sri Lanka has held the belief that prolonging this issue, through engaging in a process of time and space buying, will eventually lead to the eradication of the justice and accountability issue from the international agenda. 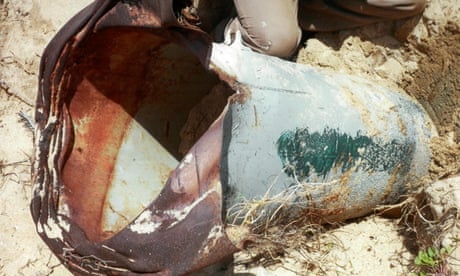 On the eve of the current session, Sri Lanka’s president said in an interview that “nations which had distanced themselves and the UN are now friendly with us. The loud cries of war crimes allegations have receded. The loud cries for setting up War Crimes Tribunal to probe the allegation have ceased too.” His comments serve as a clear indication of the absence of political will by the Sri Lankan government.

A mere week after the president’s comments and amid the ongoing UNHRC session, fresh evidence has emerged of the use of cluster bombs against Tamil civilians during the last phase of the war, including in areas declared by the government as “no fire zones”. Reports by the Guardian have identified the Sri Lankan Air Force as being responsible for these attacks.