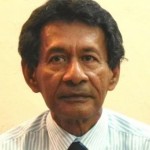 There seems to be much unnecessary anxiety, muddled thinking and something fundamentally irrational about the prevailing revulsion in various quarters to foreign participation in any independent inquiry into allegations of war crimes in Sri Lanka.

We must remember that at the 32nd sessions of the UNHRC last month its Commissioner Zeid Ra’ad Al Hussain seemed adamant about the need for such participation stating “I remain convinced that international participation in the accountability mechanisms, as stipulated in the Human Rights Council’s resolution, would be a necessary guarantee for the credibility, independence and impartiality of the process in the eyes of victims given the magnitude and complexity of the alleged international crimes, which the OHCHR investigation found could amount to war crimes and crimes against humanity”.

The OHCHR investigation to which the Commissioner referred was the 261 page report that was presented at the 30th sessions of the Commission which stated inter alia that “The patterns of commission of gross human rights violations and serious violations of international humanitarian law, the indications of their systematic nature, combined with the widespread character of the attacks all point to the possible perpetration of international crimes” (1267). The report also said that “for an accountability mechanism to succeed in Sri Lanka, it will require more than a domestic mechanism”(1278). Accordingly in any dispassionate analysis of this issue the place to start is the joint resolution which Sri Lanka actively co-sponsored at the 30th sessions of the UNHRC in response to the OHCHR findings. The resolution agreed “to establish a Judicial Mechanism with a Special Counsel to investigate allegations of violations and abuses of human rights and violations of international humanitarian law, as applicable”. This joint resolution carried with it the inescapable implication that Sri Lanka was in agreement with the international community that the allegations did indeed merit inquiry.

Therefore the bottom line is that Sri Lanka has concurred with the need for an independent inquiry into allegations of war crimes. It has effectively admitted that there is a case to answer.

That is the definitive Sri Lankan position and having conceded that an inquiry was justified it is logically committed to an investigation that will reveal “the truth the whole truth and nothing but the truth”. Indeed as a general principle for anybody to agree to an inquiry about any kind of allegation while backing away from the kind of inquiry that will reveal the truth, would be a contradiction that is both disingenuous and immoral. Obviously Sri Lanka would not wish to court an international reputation for such duplicity. Accordingly by the inexorable logic of the situation where Sri Lanka has agreed to an inquiry, it is now bound to set up a mechanism of inquiry where the probability of discovering the truth will be maximised, where the nature of the tribunal and its composition would make it more rather than less likely that the truth will be revealed. It would be foolish and presumptuous to speculate on what that truth might be. Whether the allegations are baseless or have some substance is not our concern here. But there is no question that any genuine inquiry must give primacy to finding out.

This logically leads to the next question, namely whether the inclusion of a minority of distinguished foreign adjudicators in such a panel would or would not increase the chances of finding out the truth. One thing is clear. It certainly would not diminish the chances of finding out the truth. Indeed it cannot. There is no doubt that the inclusion of say two or three eminent and highly respected judges from abroad in a tribunal where Sri Lankan adjudicators were in a majority would if at all help rather than hinder the process of seeking out the truth. The emotive suggestion that they might be influenced by a biased Tamil diaspora is tendentious because in that case it could be equally alleged that the majority Sinhala judges might be influenced by local Sinhala Buddhist sentiment. Indeed by no stretch of imagination can it be argued that the inclusion of foreign judges would be inimical to the process of truth seeking in such an investigation. That is if the focus is on seeking the plain truth and not some other nationalist agenda. Accordingly approached negatively it has to be concluded that the inclusion of foreign judges can do no harm. Approached positively it might conceivably do some good for two reasons.

Firstly, harmony between different ethnic and religious groups and the constitutional guarantee of minority rights notwithstanding, the reality is that Sri Lanka is historically, culturally, and emotionally a dominantly Sinhala Buddhist society. I say this as a simple matter of fact without making any value judgment about it. In the USA a black man was elected President 54 years after the end of racial segregation. But in Sri Lanka nearly 70 years after independence it is still inconceivable that anybody other than a Sinhala Buddhist could be elected president or prime-minister, and nobody even bothers to ask why. It shows the overarching power and influence of the Buddhist establishment and how deeply ingrained the Sinhala Buddhist ethos is in the nation’s psyche. It would appear that the stated policy of governments has been “to act according to the advice and guidance of the venerable Maha Sanga in its every activity related to national security and other matters”. Moreover subtle if not overt Sinhala Buddhist loyalties and sensitivities tend to permeate the professions, academe, and all the institutions of governance including the police and the courts. One gets the feeling that pretensions to logic and rationality, fidelity to scientific truth, objectivity and critical thinking even in the nation’s scholars and intellectuals – are sometimes subordinate to the uncritical veneration of the Sangha ( even reverential obeisance towards those monks who have brought Buddhism into disrepute ) and unquestioned submission to religious tradition rite and formality .

Given this background it is hard to see how local adjudicators however well intentioned, in any tribunal however constituted, could investigate allegations of war crimes against a patriotic Sinhala Buddhist military without fear or favour, especially when the security forces are widely appreciated as war heroes who rid the ‘Dhammadipa’ of its enemies. Even if local adjudicators were good and honourable individuals personally committed to an independent and impartial investigation, they would still come under unbearable psychological pressure to take a lenient view given the highly charged climate of social political and cultural expectation in which they would be operating. Consequently it has to be admitted that the inclusion of international adjudicators may if at all strengthen rather than weaken the independence and impartiality of any mechanism of inquiry.

Second, it is not as if the Sri Lankan judiciary has an unblemished reputation. In recent decades it has been at the centre of a tainted culture of law enforcement marked by political sycophancy, bias, corruption, abuse of power, scandal and incompetence. Sri Lankans themselves have lost faith in the ability of their law enforcement and judicial systems to dispense routine justice. The whole system has gone into disrepute. Incidents like a notorious former judge shamelessly confessing to a bad judgment and publicly apologising to the nation, another being sent away unceremoniously after a disgraceful record in high office he had usurped after the unprincipled eviction of his predecessor, and the indictment of a supreme court judge for allegedly molesting a female domestic servant, have seriously eroded the credibility of the judiciary. That the brutal slaughter of a leading newspaper editor and a famous sportsman ( amongst many other lesser known victims ) can remain covered up for many years is testimony to the sordid record of investigative justice in this country. It may take years to purify and reform so discredited and polluted a criminal justice system, but until then it is surely a pipe dream to imagine that a purely domestic body would be able to carry out a scrupulously fair and impartial investigation into so emotive and controversial an issue as allegations of war crimes. In the circumstances the inclusion of a small number of eminent international adjudicators of global standing may significantly increase the credibility of an inquiry and help establish the truth.Indeed it would be fair to say that in one way or the other the local investigative environment is so compromised that the inclusion of foreign judges would not only be desirable but actually essential if the goal is to fairly uncover the truth.

Clearly if the aim is to discover the pure unvarnished truth without fear or favour, then on any dispassionate assessment there is a logical and incontrovertible case for the inclusion of foreign judges. Then why is there so much resistance to the idea ? One answer is justifiable resentment over the double standards and self righteous hypocricy of many countries which are themselves guilty of the very violations they glibly accuse Sri Lanka of commiting. True, but while such indignation is understandable, from the noblest standpoint the questionable motives and character of those who point the finger at us do not absolve us of the highest duty to (as the ancient Greek aphorism states) come clean and “know thyself”. As Polonius adviced Laertes in Shakespeare’s Hamlet “This above all : to thine own self be true, and it must follow as the night the day,thou canst then be false to any man”.

The real issue is that for many people finding out the truth ( whatever that may be), is secondary to affirming our sovereignty as a nation and defending the good name of the country. Given a scale of societal values where national pride takes precedence over truth and patriotism over purity of purpose, where country takes precedence over conscience, and outward appearances over the inward reality – in such an environment it is inevitable that the participation of foreign judges in an inquiry would be perceived as an affront to the pride and dignity of the nation and accordingly opposed. We live in a fallen world of spiritually blind fatally flawed sinful humanity. In such a world notwithstanding shallow pretensions to religiosity everywhere, it is an indictment of the sanctimonious humbug of religious hypocrisy in society that in the final analysis the core teachings of true religion are seen to evaporate like a mist when national pride is at stake ! Sri Lankan aversion to foreign participation in a war crimes inquiry in our own day and age is one more example of a debased mindset that has bedeviled mankind throughout human history. Put plainly it is a mindset that turns its back on God and worships ‘King and Country’.