Thousands of people flocked to London for one of the most colourful events of the calendar year.

The annual festival saw a celebration of Hindu culture take over west Ealing, culminating in a chariot procession through the London borough.

It is one of the biggest events of the year in the area with around 10,000 thought to have attended from all over Europe.

Scroll down for video 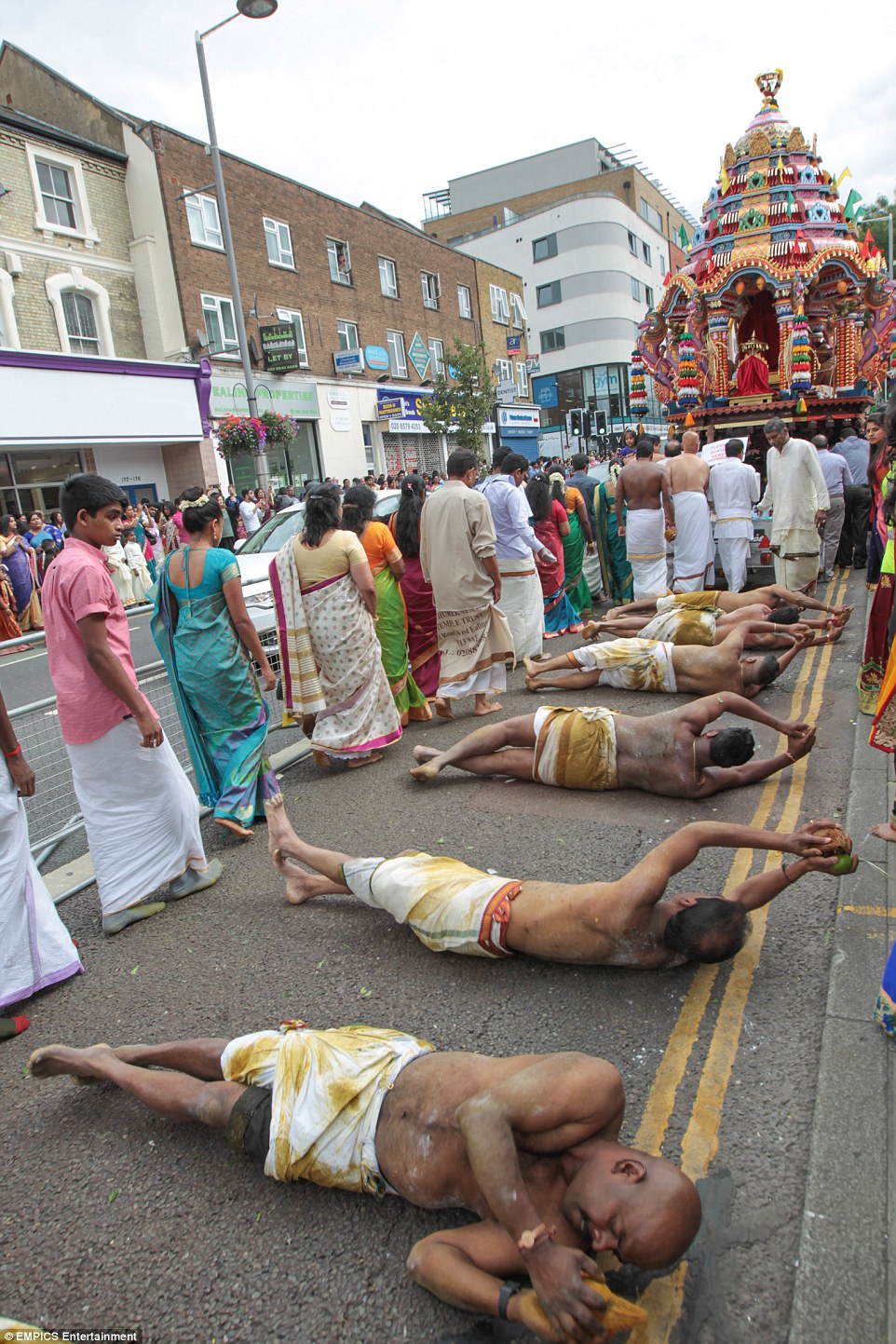 Hindu devotees roll along the road in west Ealing, London, as an act of sacrifice during the Thaipusam Festival, pictured 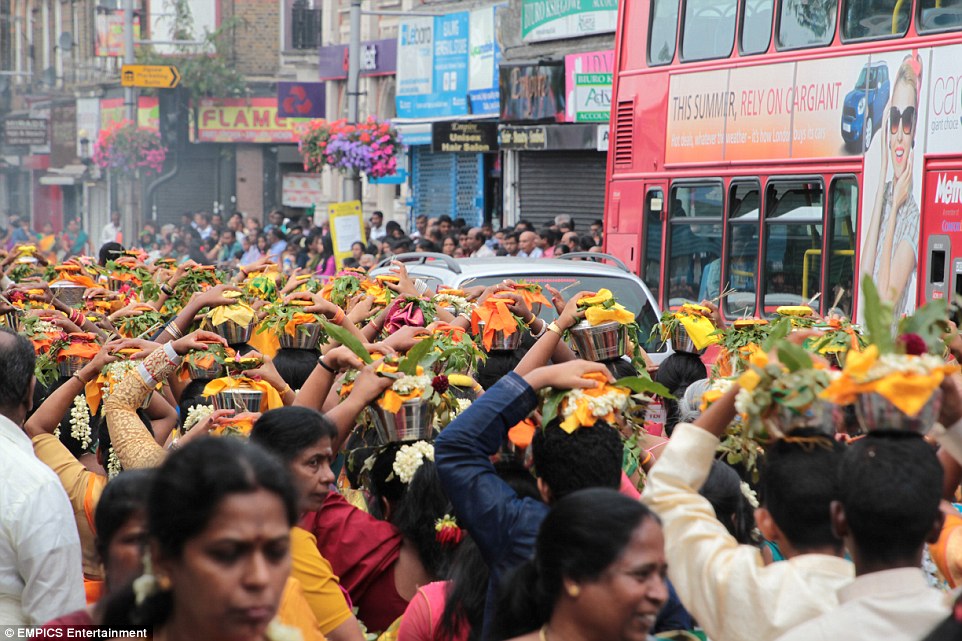 Women wearing traditional dress carried pots of milk on their head to show their devotion during the Hindu event, pictured 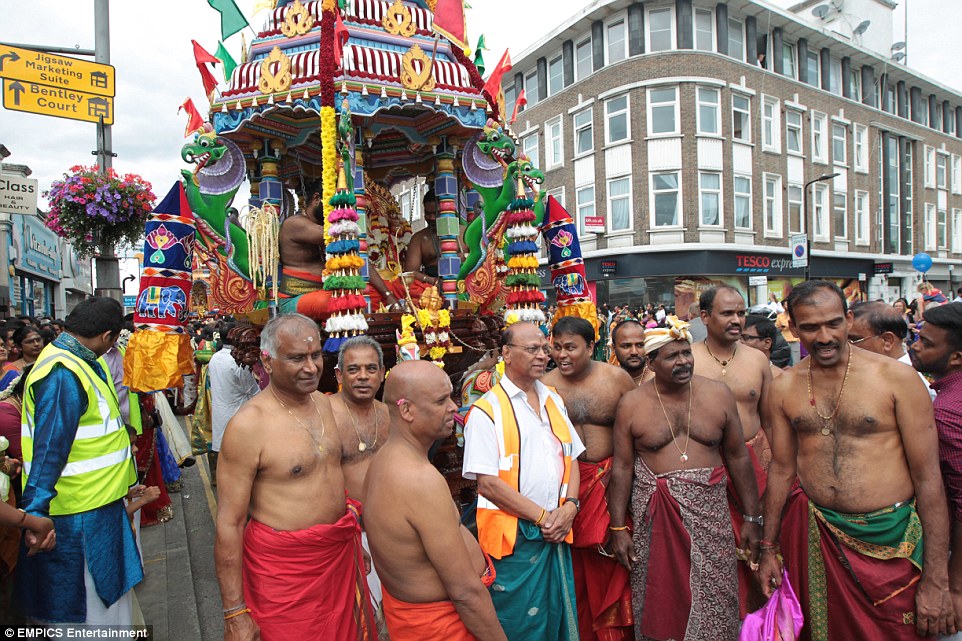 The annual festival culminated in a chariot procession, pictured, through the streets of the London borough

Organised by the Shri Kanagathurkkai Amman Temple, the festival commemorates the legend of the Hindu god of war, Murugan, and his defeat of the demon Soorapadam using a ‘divine spear’ known as a vel.

Those taking part in the festival offer up a sign of devotion to Murugan, whether it be as simple as carrying a pot of milk on their heads, or piercing their skin with vels.

Other devotees rolled their bodies along the road surface as their act of devotion despite only wearing a short robe around their waist. 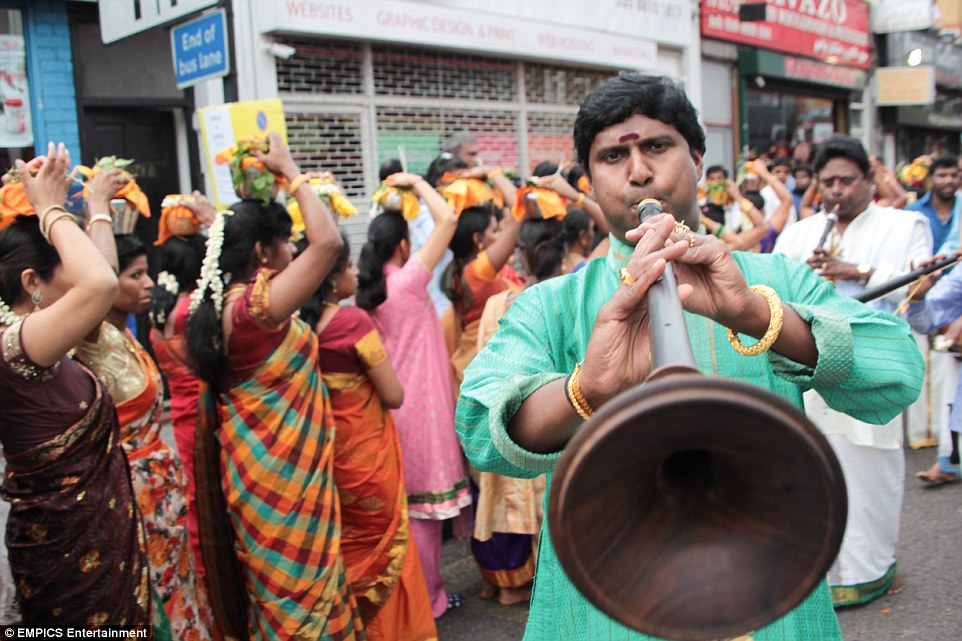 Musicians played traditional Hindu instruments alongside the procession, pictured, which took over much of west Ealing 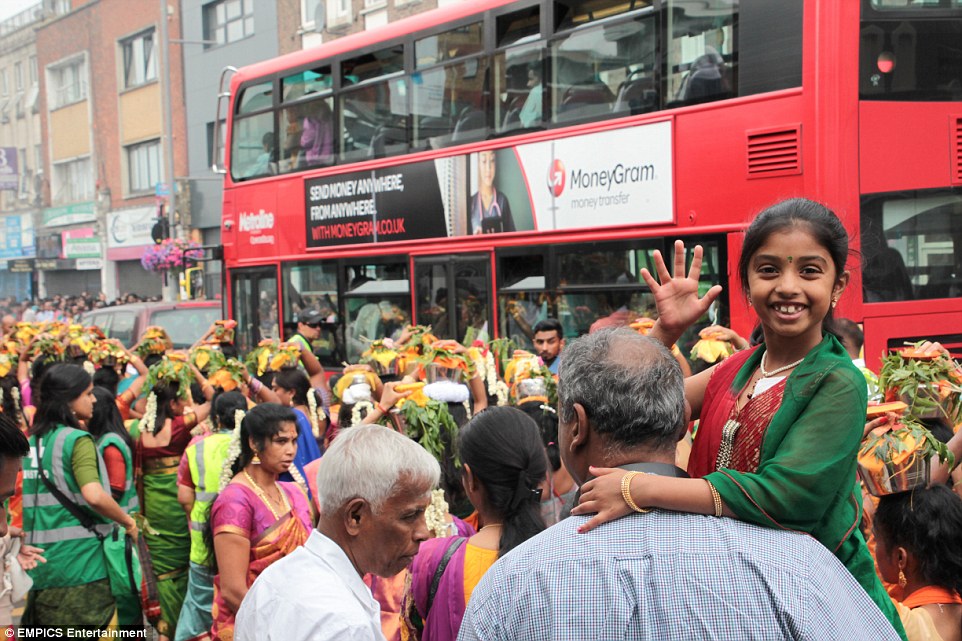 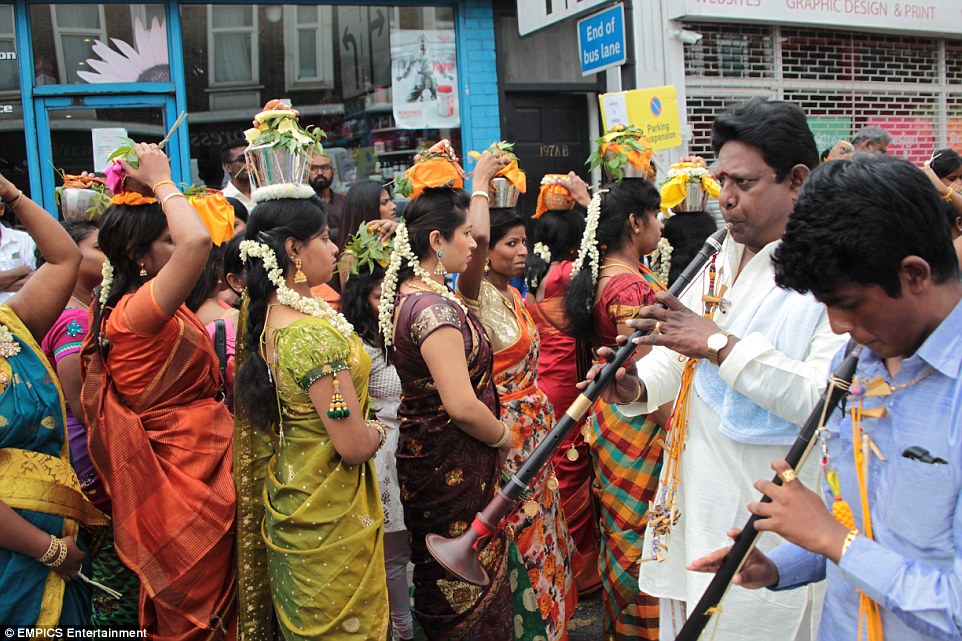 It is thought more than 10,000 people attended the event, pictured, coming to London from across Europe

But it was the brightly-decorated chariots, propped up by members of the community, that were the biggest draw.

Bric-a-brac stalls and ethnic food stands were also run alongside the festival to raise funds for the temple’s projects. 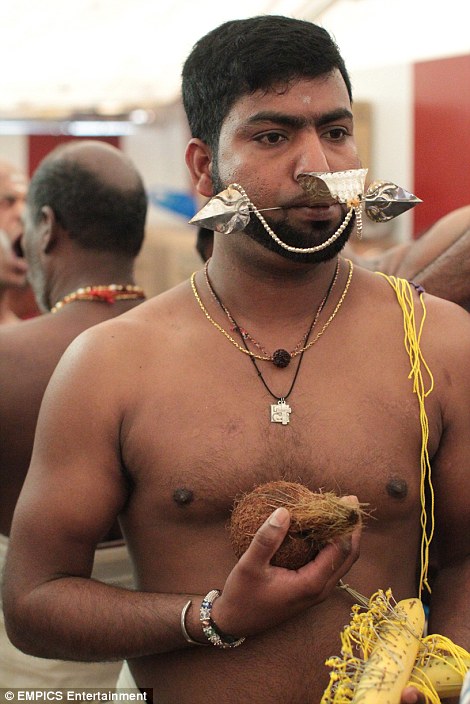 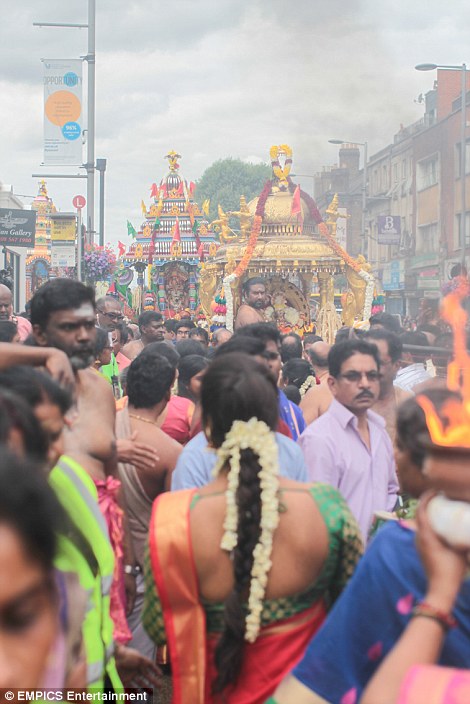 Men also wore vel spear-themed piercings, left, during the procession, right, which was organised by the Shri Kanagathurkkai Amman Temple in Ealing 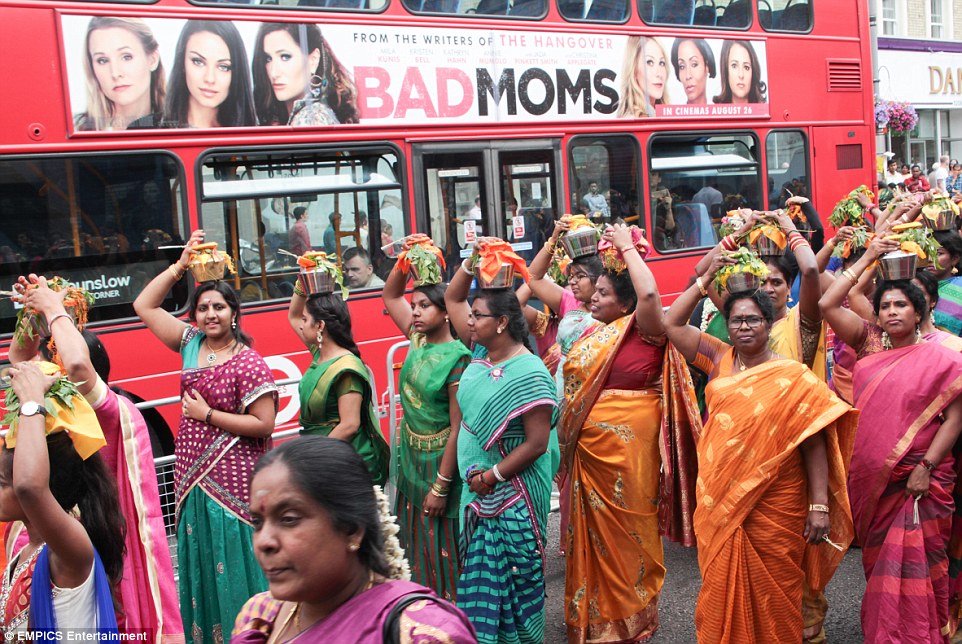