Is the army there to stoke hatred, animosity and build Buddhist temples in the North or provide security and create harmony.? 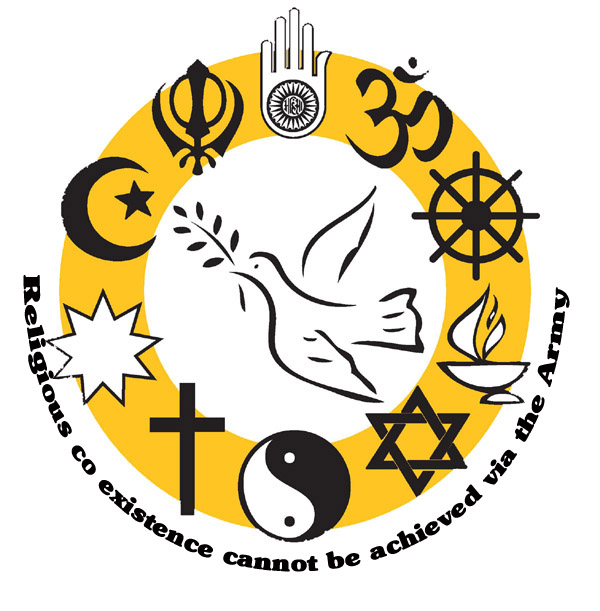 (Lanka-e-News -21.Aug.2016, 11.30PM) During the past when peace was being restored in the country , most infamous  Major General Hendavitharne ,an advisor to an equally or more notorious  ex defense secretary Gotabaya Rajapakse influenced by a Trincomalee three wheeler association ,while  attempting to install a Buddha statue by force in Trincomalee incited a racial  conflict among the population there . In like manner by trying to build a Buddhist shrine by the army now  in front of the residence of the chief incumbent of  the Kanakambikai Amman Kovil, Iranamadu, Kilinochchi , a tense communal situation has erupted among the people.

When the Northern Provincial Council (NPC) passed a resolution on the 16 th that this construction shall be halted , the pro Rajapakse extremists of the South began  stoking  and stirring  up unrest and chaos  by shouting and screaming that the Buddhists can erect a Buddhist shrine anywhere in the country.

The crucial question at issue in Iranamadu is not that but the construction of a Buddhist shrine in front of the residence of the  chief incumbent of the main Hindu Kovil by the army.

On the other hand ,if this construction is being carried out by the Buddhists in Iranamadu , it is understandable. Yet , in that area , it is difficult to find even a single Buddhist resident . Therefore this is a deliberate attempt of the army to use its powers to provoke a section of the people of another religion. That is , the aim and objective is to sow seeds of  animosity and hatred among the people in that area.

It is not for nothing the army is conspiring  to build a Buddhist center in the area where there is not a single Buddhist , and after  forcibly acquiring 4 acres land belonging to the Kanakanambikai  Amman Kovil , Iranamadu , Kilinochchi.

This is a cruel and most base oppression of another  religion. If Buddha is living today among these sinners who are committing sacrilege in the name of the very Buddhism   he preached , he would no doubt go in search even of ten jungles to escape from these satans and brutes to carry on his meditation rather than be among them.

If the army is similarly building Kovils  in front of the quarters  of Galagoda Aththe Gnanassara or Bengamuwe Nalaka’s after acquiring the lands belonging to their Temples, certainly   it can be excused on the grounds  , the army is trying to create religious harmony among the people , even if the army had used its powers and exerted force . Sadly, there is no such thing taking place.

Long ago ,  Emperor Asoka with a view to spread the Buddha Dahama in Sri Lanka ordained his only son , and thereafter when the latter  reached ‘rahath’ state , along with more ‘rahats’ met King Piyatissa of Sri Lanka at  that time and preached to him. It is therefore significant to note the King did not send his army to construct a temple forcibly in Mihinthale. It is the followers who subsequently built the temples.

It is best if these so called  ‘great’ stupid adherents  of Buddhism understand this in the right perspective. In a country , the armed forces are a non-religious government entity . They are there not to construct temples , Kovils and mosques. Of course it is most welcome if they intervene to re construct a place of religious worship if that was destroyed following a national disaster.

The present situation  is not like that . Hence , it is very evident this is an abominable  conspiracy like in the past aimed at  creating murder and mayhem in Trincomalee through religious animosity . The spirits and satans spawned by  devil incarnates like  Hendavitharanes  and Gotabayas are still lurking within the forces. It is very obvious these evil sinister forces are conspiring to strike with a view to vent  their venoms and vengeances exploiting  religion , and to create turmoil and turbulence in the country.