Skip to content
Day trippers watched in horror as police and emergency services were scrambled to the scene after the clothed men were spotted in the water on Wednesday afternoon.A coastguard helicopter was seen circling over the area where three men were spotted and a second Kent air ambulance helicopter landed in playing fields near the beach.An RNLI lifeboat from Rye and Coastguard rescue teams also attended the scene.

Two further bodies were later found in the water.

Tributes have begun pouring in for the men who died on the hottest day of the year in East Sussex On Wednesday have begun to pour in.

Three of the other victims are thought to be Kobi Nathan, Ken Nathan and Kurushanth Anna aged 27.

The fifth victim has been named locally as Indhusan Sri and it is understood they are from the Sri Lankan community in Greenwich, south east London.

Jackson Bosco, a banker from London and a close friend of Nitharsan Ravi, wrote: “RIP Nitharsan Ravi. Can’t believe to hear the news that you were one of the boys at Camber Sands.”You were truly a good person with a good heart. You are going to be missed on this earth.”Condolences and prayers to the family at this time.”

Another friend, Thujee Jey, said: “Why did God take five lives at once.

“RIP Nitharsan, Kuru, Kobi, Kenny and Indhusan. Can’t believe you all are gone.” 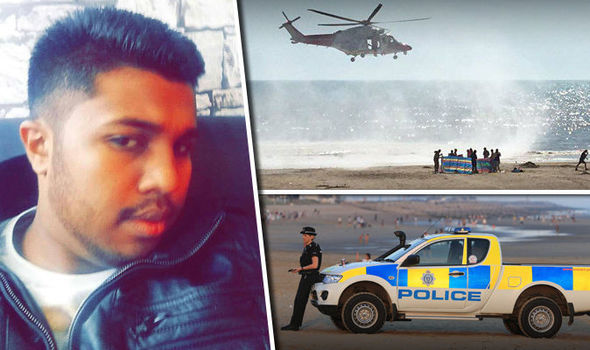 The tide off the Sussex coast on Wednesday was “weird” according to locals with expert knowledge, which caused powerful riptides from the shore.

Will Chetwode runs a boating firm close to Camber Sands and was accompanying a group of kayakers across the channel yesterday when he noticed the “weird” tides. 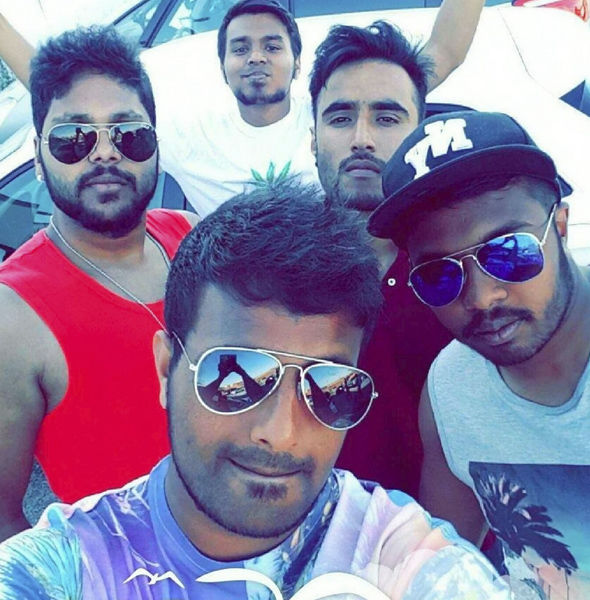 The 42-year-old, who runs Full Throttle Boat Charters, said the unusual waves made kayaking across the Channel much harder – but would have likely caused powerful rip tide on the shore.He said: “It must have been something to do with the direction of the waves, which were really, really weird.”I crossed the Channel in the morning, and the waves were coming directly from the south. 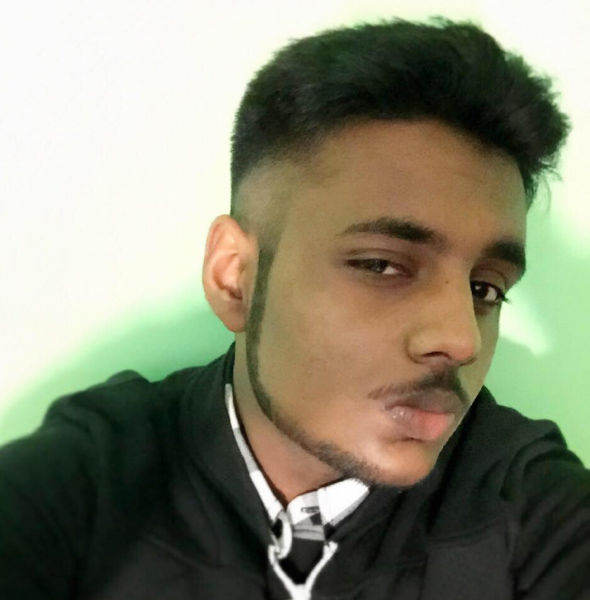 “Normally they come from the south-west, so that must have caused the rip tides, or rip surges.”When the waves normally crash on the beach, they crash and are swept to the side.”But when they come directly from the south, they don’t have anywhere to go and just pull back really fast.

“That can suck people out. I have never experienced one, or seen one, myself.

“But that must’ve been what happened because the waves were really unusual.” 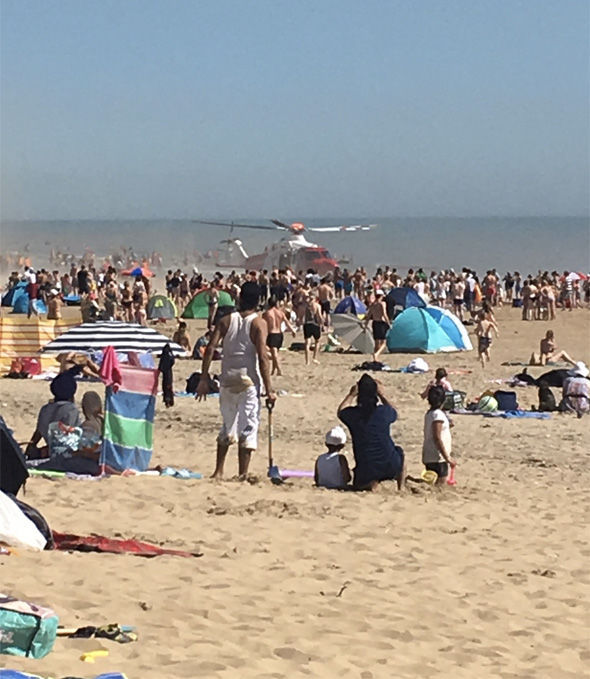 Sunbathers on the beach at Camber Sands 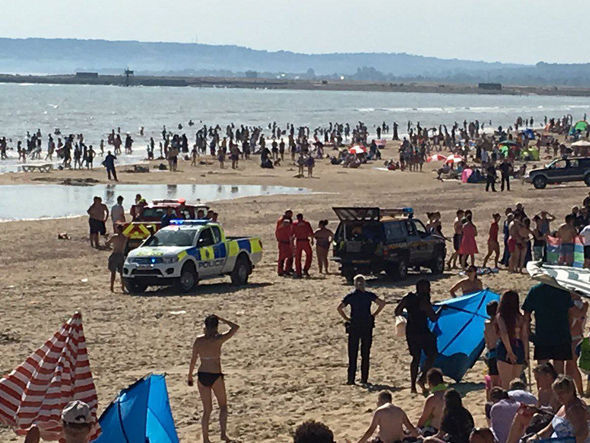 People look on in horror as police swoop on the beach

Chief Superintendent Di Roskilly os Sussex Police said the group of men were from London area and enjoying a day out.DI Roskilly said: “We believe we now know who the men are and that they came to the beach together for the day.”We believe they are all in their late teens and early 20s and come from the Greater London area.

“These men were not fully clothed when they were pulled from the sea but wearing clothes appropriate for being at the beach for the day.

“We have no further reports of anyone else missing from Camber and there are no on-going searches related to this incident.

“This has been an incredibly tragic incident and we are offering their next of kin support at this difficult time and our thoughts are with them.”