Just days ahead of the visit by UN Secretary-General Ban Ki-moon’s visit to Sri Lanka, a top United Nations Committee has highlighted that discrimination against Tamil, Muslim and Cristian minorities persisted despite the coalition government’s commitment to promote and protect human rights in the country. 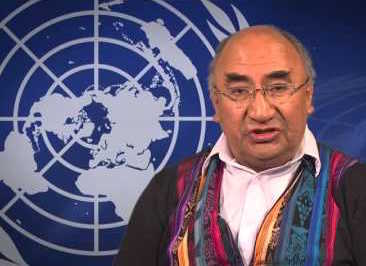 During the discussion, Experts welcomed the new Government’s commitment to the promotion and protection of human rights in Sri Lanka, but noted that despite efforts, discrimination against ethnic and religious minorities persisted, referring particularly to discrimination against Muslims and against plantation communities.

Presenting the report, Ravinatha Aryasinha, Ambassador and Permanent Representative of Sri Lanka to the United Nations Office at Geneva, said that the new Government of Sri Lanka was committed to provide stability, protect human rights and strengthen democracy. He listed a number of measures aimed at strengthening human rights protection and the rule of law, particularly the introduction of the nineteenth amendment to the Constitution, the recent establishment of an Office on the Missing Persons, and current consultations relating to the National Human Rights Action Plan 2017-2021. He referred to past abuses by separatist terrorist groups and said that several issues had remained unaddressed since the end of the conflict in 2009, including violations of human rights and humanitarian law by both sides.

Jose Francisco Cali Tzay, Committee Member and Country Rapporteur for Sri Lanka said that discrimination against Tamil, Muslim and Christian minorities persisted, and that antagonist attitudes continued to take place. He regretted that Sri Lanka’s periodic report failed to address the complexity of the situation on the ground.

Cali Tzay however noted with satisfaction the adoption of the nineteenth Constitutional Amendment as well as the Government’s commitment toward reconciliation, but noted that progress was needed to consolidate the national human rights commission, protect witnesses and abolish capital punishment. “It was regrettable that the report did not contain data on human rights violations and prosecutions. The shadow report presented by civil society organizations, together with United Nations resolutions and reports by United Nations human rights mechanisms, offered a very different image of that presented by the Government. These discrepancies were very concerning. The starting point to achieve reconciliation was to recognise errors of the past and address current challenges. Continuing to deny problems would not solve the problems,” he said.

Continuing, he noted that the Tamil population continued to suffer discrimination, and to lack access to public services in their own language. The police agents in the north of the country for the most part did not speak the Tamil language. What measures had been taken to protect Tamil women from multiple discrimination that they continued to face?, he asked.

“Communities continued to live in fear, the Rapporteur said, particularly of the continued presence of the military in the area. Furthermore, he underlined the importance that the Tamil population had access to public places to bury and commemorate their dead, and regretted discrimination against them in that regard, which could constitute an obstacle to lasting peace and reconciliation.

He asked what measures had been taken to resettle internally displaced persons, Tamil refugees and members of the Muslim minority? What was being done to prevent sexual harassment against these persons?

Continuing, the Rapporteur asked whether human rights training was provided to law enforcement personnel, and if so what the effects of such training had been on the protection of minorities from discrimination and abuse.

Another Expert asked for detailed figures regarding the ethnicity of those detained under the Prevention of Terrorism Act. She noted that this legislation belonged to a particular era, and asked whether the Government was considering repealing it.

In response, Aryasinha said that all were equal under the law, and there was no discrimination against any particular group with regard to detention under the Prevention of Terrorism Act.